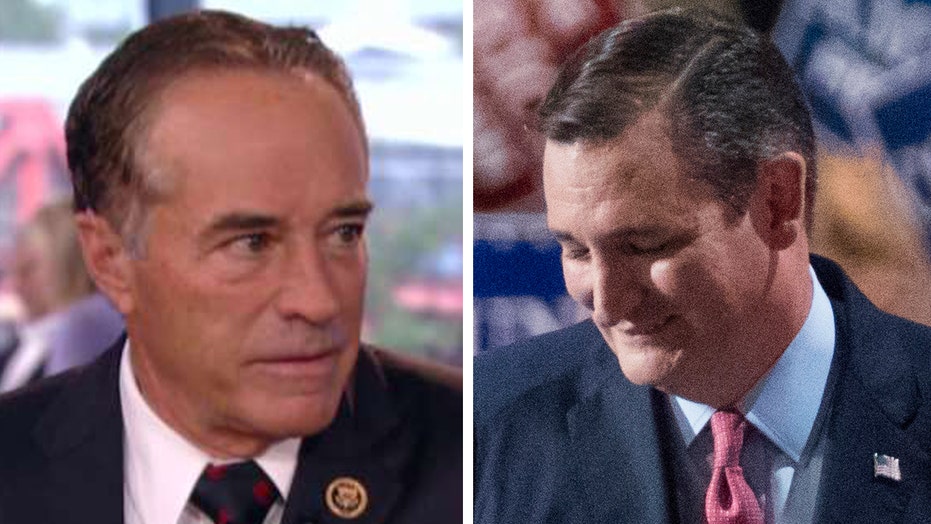 CLEVELAND – Donald Trump mostly brushed off the furor over Ted Cruz’s non-endorsement speech Wednesday night, calling the snub “no big deal” even as the senator himself doubled down – though the Republican standard-bearer used the dispute to warn voters that if Democrats win in November, their justices “will destroy us all.”

Trump blasted out a pair of tweets responding to the Cruz speech backlash.

Cruz, meanwhile, defended his remarks Thursday morning at a breakfast with Texas delegates, during which he was pushed to admit he still held a grudge against Trump for “maligning” his wife and father.

Even as some in the audience Thursday morning chanted “Trump, Trump,” Cruz doubled down, saying he still doesn’t plan to endorse. He also said Trump never asked him to do so when he invited him to speak, and the campaign knew what he was going to say.

The Texas senator faced a mixed reaction from the crowd, at a gathering down the street from the convention arena where his remarks caused a commotion the night before. Some cheered, while others challenged him on whether he’d endorse. Cruz, amid some contentious exchanges with delegates, suggested endorsing Trump would have been the easy option.

But he said, “Whether you want me to or not, I’m not going to lie to you, and what I said last night is what I believe.”

And he made clear that part of the reason was personal, referencing campaign swipes at his family in explaining why he broke a primary campaign pledge to back the eventual nominee.

"I'll tell you the day that pledge was abrogated was the day this became personal -- I am not in the habit of supporting people who attack my wife and attack my father," he said.

One delegate said, "Get over it. This is politics."

Cruz responded, "No, it is not. It's about right and wrong."

The night before, Cruz faced a backlash when he, instead of backing Trump, said only that delegates should "vote your conscience."

Party officials immediately slammed Cruz, with one calling the speech "classless," while a senior GOP operative on the convention floor told Fox News: "I could not believe it. I literally could not believe [Cruz] didn't endorse Trump. I'm speechless."

Cruz, a rival of Trump's during primary season — and widely believed to already be eying a 2020 presidential run — was interrupted several times during the speech with angry chants of “endorse Trump, endorse Trump,” with the voices of discontent nearly drowning him out when Trump himself entered the Quicken Loans Arena as Cruz was finishing his speech.

Former House Speaker Newt Gingrich, who spoke later in the evening, departed from his prepared text to attempt to recast Cruz's remarks as an endorsement of Trump.

Gingrich, a strong Trump supporter, noted what he described as the real estate mogul's "generosity" in allowing Cruz to address the delegates in Cleveland and said that the audience had "misunderstood" the point of the speech.

"So to paraphrase Ted Cruz," Gingrich added, "the only way to protect that is to vote for the Trump/Pence ticket."

A source close to Cruz's inner circle acknowledged to Fox News that the end of the speech "was tough, but sometimes standing for principle means getting booed."

The speech overshadowed what was supposed to be a coming out party for Trump’s vice presidential running mate, Indiana Gov. Mike Pence.

Pence nevertheless delivered just what the Trump campaign hoped he would — a measured but forceful message that set the tone for the general election campaign, while assuring voters that Trump was the best option for America, and the conservative choice.

Drawing a sharp contrast between Trump and Hillary Clinton and calling 2016 a “time for choosing,” Pence echoed the message of party leaders the night before: It’s Trump or Clinton in November, so pick a side.

“The choice couldn’t be more clear. Americans can elect someone who literally personifies the failed establishment in Washington, D.C., or we can choose a leader who will fight every day to make America great again,” Pence said.

He added, “It’s change versus status quo, and my fellow Republicans, when Donald Trump becomes president of the United States of America the change will be huge.”

Pence appealed to voters Wednesday to “resolve here and now that Hillary Clinton will never become president of the United States of America.”

Calling Trump the “genuine article” and a “winner” who “never backs down,” he also said Trump is the candidate to confront radical Islam, cut taxes, grow the economy, shrink the bureaucracy, enforce immigration law and appoint Supreme Court justices who will uphold the Constitution.