Texas Attorney Ken Paxton on Friday sued the Biden administration over what he described as an "unlawful and perilous" 100-day pause on deportations of illegal immigrants, claiming it would put Americans in danger and violated existing agreements.

"Our state defends the largest section of the southern border in the nation. Failure to properly enforce the law will directly and immediately endanger our citizens and law enforcement personnel," Paxton said in a statement.

"DHS itself has previously acknowledged that such a freeze on deportations will cause concrete injuries to Texas. I am confident that these unlawful and perilous actions cannot stand," he said. "The rule of law and security of our citizens must prevail."

The Biden administration on Wednesday announced the deportation freeze, to go into effect Friday, of "certain noncitizens ordered deported." The Department of Homeland Security said it will allow the organization to ensure its resources are used to respond to "the most pressing challenges that the United States faces," including operational challenges at the border in the midst of the COVID-19 pandemic.

The broad "pause" would have exceptions. It would exclude those who, according to a written finding by the head of Immigration and Customs Enforcement (ICE), have engaged in terrorism or espionage or who pose a danger to national security. It would also exclude those who were not present in the U.S. before Nov. 1, 2020, those who agreed to waive the right to remain, and those whom the ICE director individually determined need to be removed by law.

Paxton claims that the directive violates the Constitution and federal law as well as a contractual agreement between Texas and DHS signed in the final days of the Trump administration that the state would be consulted before reducing immigration enforcement or pausing deportations. 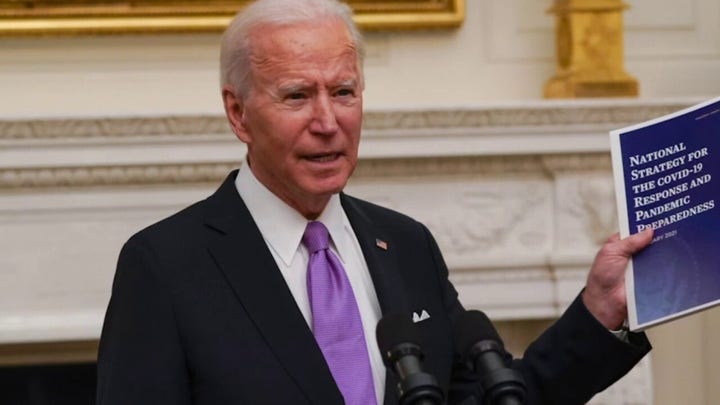 The agreement means that DHS must give Texas 180 days notice of any proposed change on any matter that would reduce enforcement or increase the number of "removable or inadmissible aliens" in the U.S. Paxton claims that agreement has been violated.

RUBIO DEMANDS CLARITY ON BIDEN'S 100-DAY DEPORTATION PAUSE, AMID FEARS VIOLENT CRIMINALS WILL REMAIN IN US

The lawsuit claims that Texas is directly harmed by such a drastic change in immigration enforcement and will be so further if the pause is allowed to continue.

"For example, Texas expends funds to provide social services to illegal immigrants each year, including health care and education expenses, and must account for those anticipated expenditures through in its budget," the complaint says. "Those amounts will increase should DHS halt nearly all of the removals from Texas."

In the complaint, Paxton’s office also argues that, without a challenge, "DHS could re-assert this suspension power for a longer period or even indefinitely, effectively granting a blanket amnesty to illegal aliens that Congress has refused to pass time and time again."

"The Constitution, controlling statutes, and prior Executive pledges prevent a seismic change to this country’s immigration laws merely by memorandum.

The AG’s office filed both a complaint and a motion for a restraining order. DHS told Fox News that it does not comment on pending litigation.

The lawsuit is the latest pushback the freeze is receiving from Republicans. Earlier Friday, Sen. Marco Rubio, R-Fla., wrote to Pekoske requesting clarity on the freeze -- expressing concern that it could allow violent criminals to avoid deportation and remain in the country.

The freeze is one of a number of actions Biden has taken with regard to immigration in his first days in office. He has reversed the Trump travel bans, stopped funding of the wall at the southern border and move to strengthen protections for recipients of the Deferred Action for Childhood Arrivals (DACA) program.

Meanwhile, his administration is forging forward with an immigration reform proposal that would include a pathway to citizenship for millions of illegal immigrants and immediate green cards for farmworkers, DACA and Temporary Protected Status (TPS) recipients.