The Democratic senator leading the effort to pass the Biden immigration bill in the Senate said it will be a "Herculean" effort to get the sweeping legislation passed amid significant Republican opposition to the bill, which includes a path to citizenship for millions of illegal immigrants.

"As someone who has been in these battles for nearly two decades, I am under no illusions. I know from my time in the Gang of Eight that passing immigration reform through the Senate particularly is a Herculean task," Sen. Bob Mendendez, D-N.J., said on a virtual briefing introducing the legislation.

The Citizenship Act of 2021 would give protected status and an eight-year path to citizenship for illegal immigrants in the country as of Jan. 1. Additionally, it would make farmworkers and recipients of Temporary Protected Status (TPS) and Deferred Action for Childhood Arrivals (DACA) immediately eligible for green cards.

While it includes some border security provisions, including increasing technology at ports, it is less muscular in those areas than in past attempts at immigration reform. It would also set up refugee processing locations in Central America and increase the number of immigration judges.

The bill would also open up a number of avenues for legal immigration, including "recapturing" unused family and work visas from recent years, clearing visa backlogs, and increasing the number of annual diversity lottery visas to 80,000 from 55,000.

Menendez is leading the push to pass the legislation in the Senate, the chamber where passage will be most difficult. Menendez was one of the bipartisan Gang of Eight who in 2013 worked an immigration reform compromise. That bill passed the Senate but never got through the then-Republican-controlled House.

Now, the Democrats hold a slim majority in the House, and will have control of the Senate, but with a 50-50 split of lawmakers. The bill will need 60 votes to overcome the filibuster in the chamber -- meaning that 10 Republicans would need to get on board.

Menendez noted the 2013 legislation did pass with bipartisan support and said he had a history of brokering bipartisan deals in the Senate and was ultimately positive about the chances of doing the same here.

"I believe we can do so on immigration reform," he said.

But so far, there are few signs of Republicans playing ball. Senate GOP leader Mitch McConnell said on Thursday the Biden administration has "sketched out a massive proposal for blanket amnesty that would gut enforcement of American laws while creating huge new incentives for people to rush here illegally at the same time.

"This kind of failed approach will invite another humanitarian crisis on our border and privilege powerful interests ahead of American workers," McConnell said.

Sen. Marco Rubio, R-Fla., who was on the 2013 Gang of Eight with Menendez, called amnesty a "nonstarter" this week. 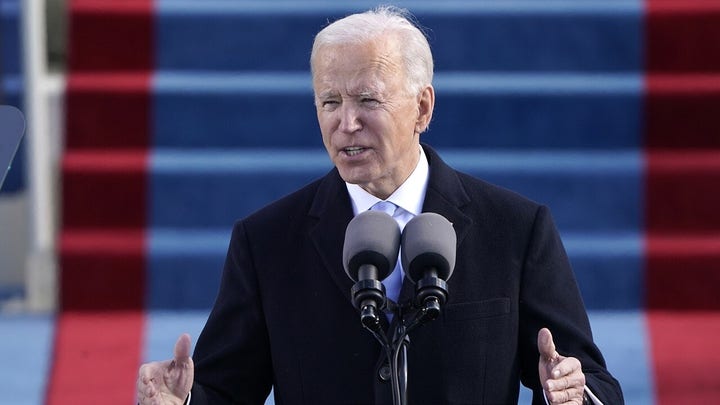 "America should always welcome immigrants who want to become Americans. But we need laws that decide who and how many people can come here, and those laws must be followed and enforced," Rubio said in a statement.

"There are many issues I think we can work cooperatively with President-elect Biden, but a blanket amnesty for people who are here unlawfully isn’t going to be one of them," he said.

Democrats are urging business groups and activists to rally for passage and pressure Republicans. Menendez said those in the business community need to "give it everything you’ve got," while telling those in advocacy and labor groups: "We’ve got our work cut out for us."

Separately, the George W. Bush Institute released a statement on Thursday saying it was "pleased to see President Biden prioritize action on immigration and recognize the essential role of Congress in enacting meaningful and enduring reform."

But Republicans will face pressure from conservative groups and those calling for lower levels of immigration overall, who are keen for Republicans not to support any form of the bill.

"President Biden and congressional Democrats are sending an unmistakable signal that they will do nothing to protect the interests or the safety of the American people when it comes to immigration -- even in the middle of a global pandemic and economic crisis," RJ Hauman, director of government relations at the Federation for American Immigration Reform (FAIR), told Fox News. "Republicans in the Senate must hold firm and reject this egregious, amnesty-focused charade."

Menendez himself previously acknowledged to The Washington Post that the text is "definitely" more liberal than the 2013 effort and on Thursday called it a "bold and forward-leaning bill" that would be difficult to draw Republican support and said it may require some negotiation to get that support.

But while acknowledging the path ahead was difficult, he said that he believed the push would be successful -- and cited the support of both Biden and Vice President Kamala Harris.

"As I prepare to introduce the U.S. Citizenship Act of 2021 in the Senate, I know that President Biden and Vice President Harris are going to be strong partners," he said. "They want to get it done and we will get it done."