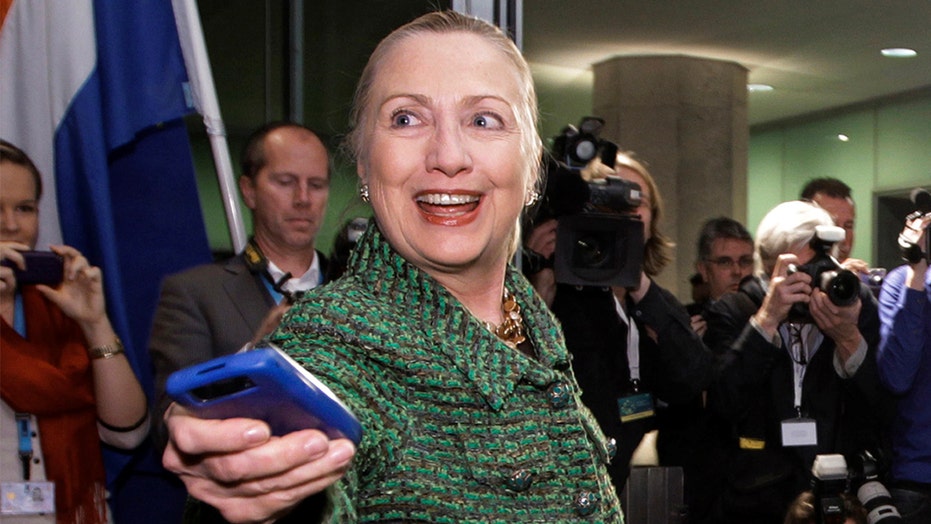 Republicans jumped on the report by the State Department watchdog accusing Hillary Clinton of flouting federal records rules and cybersecurity guidelines with her use of personal email while secretary of state, saying it showed she was in clear violation of the Federal Records Act and endangered national security.

Republican National Committee Chairman Reince Priebus said in a statement Wednesday that the “detailed inquiry by an Obama appointee makes clear Hillary Clinton hasn't been telling the truth since day one and her and her aides' refusal to cooperate with this probe only underscores that fact.”

The forthcoming inspector general audit, a copy of which was obtained Wednesday by FoxNews.com, faults Clinton and her predecessors for poorly managing email and other computer information.

The report says the department was "slow to recognize and to manage effectively the legal requirements and cybersecurity risks associated with electronic data communications." It cites "longstanding, systemic weaknesses" related to communications that started before Clinton's tenure.

But the report singles out Clinton’s failures as more serious. The report includes numerous revelations, including that her server was at one point “attacked,” that Clinton declined to be interviewed for the audit and that Clinton never sought approval to use her personal account for government work.

“Although Clinton has long claimed her practices were like those of other Secretaries of State and allowed, the report states she was in clear violation of the Federal Records Act,” Priebus said.

“This report underscores what we already know about Hillary Clinton: she simply cannot be trusted,” House Speaker Paul Ryan, R-Wis., said in a statement. “Think about this, the highest ranking diplomat in the United States – the Secretary of State – deliberately broke agency policy to serve her own interests. Her use of a private email server not only violated department policies, but it was also a clear security risk.”

Presumptive Republican presidential nominee Donald Trump brought up the report during a campaign event Wednesday in Anaheim, Calif., saying, “She had a little bad news today,” and suggesting that she might not make it to the Democratic nomination.

Rep. Trey Gowdy, R-S.C., the chairman of the congressional committee probing the Benghazi terror attacks said the only reason the records were available was due to “thorough congressional oversight.”

“While the emails have never been the focus of our investigation, it was necessary to obtain them, and this committee is the first and only one to do so,” Gowdy said. “If anyone wonders why the investigation is not yet complete, the malfeasance and numerous problems identified in this report are Exhibit A, and prove the committee has faced serial delays from day one at the hands of public officials who sought to avoid transparency and accountability."

Congressional Democrats spent most of the day on Wednesday playing down the State Department audit.

House Minority Leader Nancy Pelosi, D-Calif., said Clinton had acted "in good conscience" and that her email practices were "consistent" with what past secretaries of state had done.

The audit did not name any other secretaries who had done so.

Rep. Elijah E. Cummings of Maryland, ranking Democrat on the House oversight committee, accused Republicans of attacking Clinton only because she is the front-runner for the Democratic presidential nomination.

“While Secretary Clinton preserved and returned tens of thousands of pages of her emails to the Department for public release, Secretary (Colin) Powell returned none,” he said in a statement.  “Republicans need to stop wasting taxpayer dollars singling out Secretary Clinton just because she is running for President.”