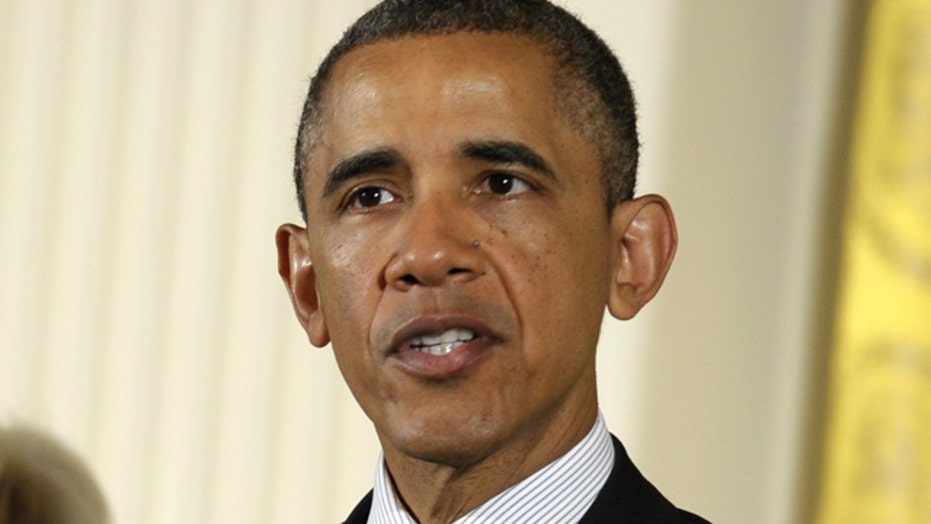 Obama sticks with Rice and do laws apply to everyone? Chris Stirewalt and guests discuss

“[Hillary Clinton] is a monster, too — that is off the record — she is stooping to anything... if you are poor and she is telling you some story about how Obama is going to take your job away, maybe it will be more effective. The amount of deceit she has put forward is really unattractive."

-- Samantha Power, a top foreign policy adviser to Barack Obama’s presidential campaign in a March 2008 interview with The Scotsman. Power, who subsequently resigned over her comments, is set to become Obama’s nominee as ambassador to the United Nations.

And so, as President Obama continues his slog of a second term, he remains focused on taking care of those who have had his back for the past six years, especially those who have taken the heaviest blows to get and keep him in office.

There’s no other way to explain Obama’s announcement today that U.N. Ambassador Susan Rice will be moving back to Washington to take on the job of Obama’s National Security Adviser.

Thomas Donilon, deeply embroiled in the leak controversies now plaguing the White House, will take his gold watch and head back to California. Donilon will surely be returning soon to testify about why the Obama administration proved so porous about leaks that flattered the president but punitive with officials and reporters who let out unhappy truths.

It is certainly time for Donilon to excuse himself, as the investigation into the administration’s selective outrage over leaks racks the Justice Department and the White House.

When Donilon is hauled before Congress, it will be helpful to the president to have “former” in front of his name. And Donilon is a company man, well versed in the protocols of Washington secret keeping. Assuming he has enough money left over from his plum posting as a lobbyist at Fannie Mae to pay the legal bills, Donilon can be expected to stay silent.

In the telling of the Benghazi bungle most favorable to the administration, Rice was a dupe who obligingly but unknowingly delivered false talking points about the raid on a U.S. diplomatic outpost in Libya.

She holds that she did not know that the talking points she had been given were doctored to remove what would have been politically damaging facts about the potency of Islamist militants before the November election. Rice delivered the talking points with real gusto, asserting flatly on five television appearances the week after the attack that the murder of the U.S. ambassador and three others had been the result of a “spontaneous” riot in response to an Internet video deemed insulting to the founder of Islam.

And it’s certainly possible that she was the designated fall gal for the Benghazi spin doctoring, and was unknowingly delivering falsehoods. The very fact that her boss, Hillary Clinton, opted not to be the one to carry the message that day suggests some high-level knowledge that the task was an unhappy one.

But again, why nominate someone to be your closest intelligence adviser who is most famous for putting forward bad intelligence? There are dozens of Democrats qualified for the job that aren’t famous for anything, folks who could slide into the job without causing even a ripple for an administration beset by high seas of scandal. Bringing a key player in one of those scandals into the White House from a lower-profile role at the UN in New York seems daft on its face.

Democrats are talking tough, saying that the Rice pick is a bold and brave move – that the president is going to brush back her Republican tormentors. As they have for almost every day of a hideous month for the administration, Team Obama asserts they are on “offense.”

Yes, Sens. John McCain and Lindsey Graham will be apoplectic over the pick and Republicans who believe the president was allowed to skate by on the Benghazi botch will be howling. And Democrats certainly will enjoy this torment. The post doesn’t require Senate confirmation and slapping the Benghazi nerve will cause an ineffective uproar that temporarily distracts from the leaks probe and the deepening disaster of the IRS.

But the Rice pick is more defense than offense.

Under siege, Obama is tightening his defenses and shrinking his perimeter. Rice wanted to be Secretary of State but her nomination crashed and burned in short order with conservatives screaming about Benghazi blood and liberals unhappy with her corporatist connections. Having her dream dashed for doing service to the Obama campaign would certainly tend to leave a bitter taste for her and perhaps Obama wants to keep a potential star witness happy.

But more likely, the president is trying to staff up his administration with those who he knows are absolutely loyal. Rice, a longtime confidante, has proven herself to be that. So too has the woman Obama will nominate to replace Rice in New York, Samantha Power.

Power, wife of the consummate Obama insider Cass Sunstein, is famous for having made a vicious attack on Hillary Clinton during the 2008 campaign. Power immediately fell on her sword, giving up the chance to have been UN ambassador and maybe more. She dutifully worked to make amends with Clinton, adopting the tone of kissy reverence with which all of the Obamanauts dealt and deal with their once-hated rival.

Power now gets her chance to have what her intemperance previously denied to her. This is the payoff for doing the wrong thing the right way, even if Clintonites still chafe at the thought.

Now is the time when Obama must reward his loyalists and gather around him those who are willing to suffer for the cause. This is no time for a big tent. The current moment calls more for a smaller space, something on the order of a bunker perhaps.

“This is banana republic stuff, and I think they ought to bring [Lois Lerner], as I've advocated here before, give her immunity, ask her that question, and see what the truth is, because if she lies on that, she's in real trouble.” 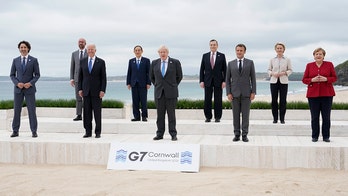 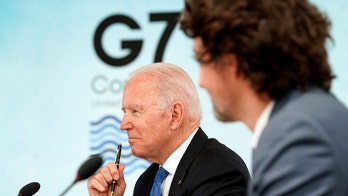