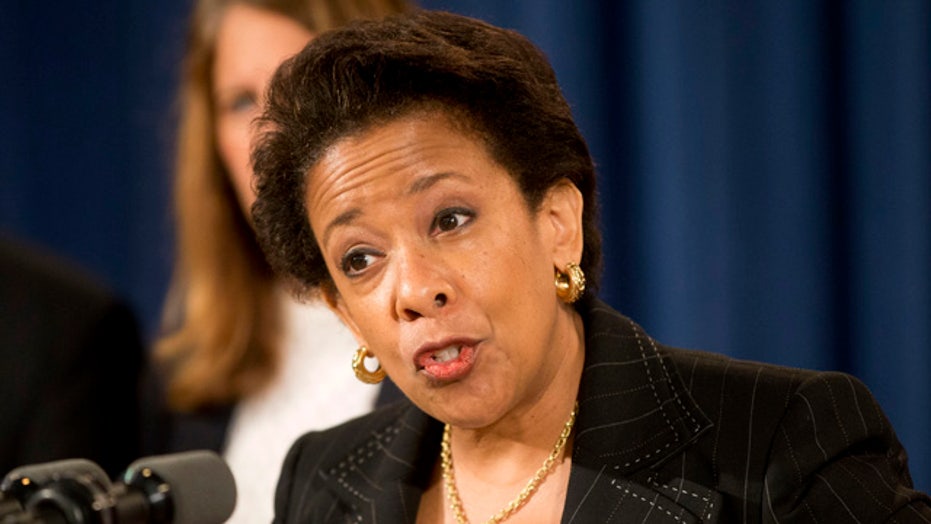 What keeps Attorney General Lynch 'up at night'?

“Concern that ISIS or any of our foreign enemies might develop that capacity … is the thing that keeps me and many of my colleagues in law enforcement up at night,” Lynch told ABC’s “This Week.”

Lynch also acknowledged that preventing a lone wolf attack, frequently fueled by online propaganda and other radical influences, is an elusive task for federal agents.

She pointed to the July 16 incident in Chattanooga, Tenn., in which Mohammad Youssuf Abdulazeez, 24, killed five U.S. service members.

“That he was not on law enforcement's radar illustrates the concern that we have of individuals who are outside the mainstream, yet tap into these strands of thought or schools of thought that lead them to violence,” she said.

No clear motive in that fatal attack has been publicly established.

Lynch, who just this spring became the country’s top law-enforcement officer, also argued that stopping ISIS and its potential to strike on U.S. soil is especially challenging because the group has “a different model from other terrorist groups.”

She pointed to ISIS having more than 20,000 English-language Twitter followers and focusing on getting people to commit acts of violence in their name, then taking the credit.

She also commented on recent incidents in which black Americans have died as a result of contact with law enforcement and the incident last month in Charleston, S.C., in which a white male killed nine black people inside a church.

“I think that we have a situation where many minority communities for so long have felt that law enforcement was coming in to essentially enforce laws against them, not to protect them,” she said.

“Many police departments also feel frustrated. I think they feel they get the scrutiny and they get the complaints and the criticism and they don't get the support. And I think it's a very, very important voice in this debate.”