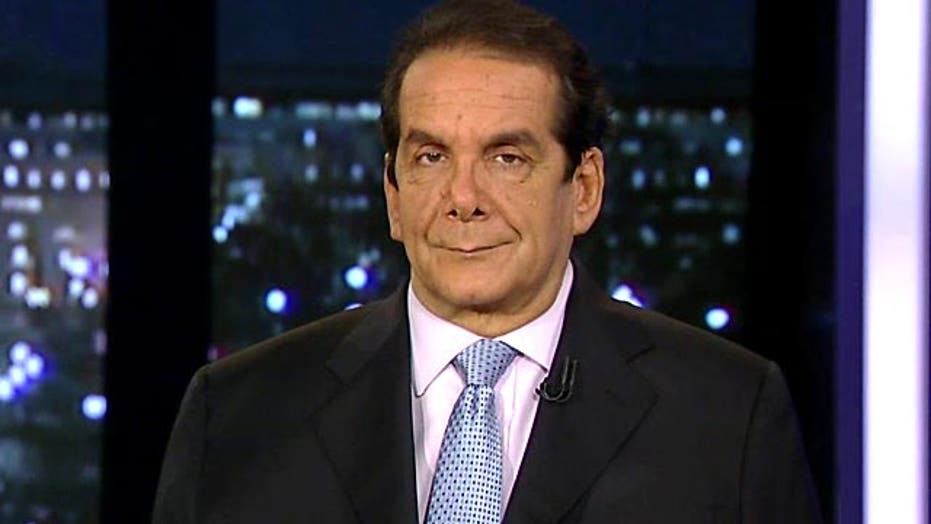 Charles Krauthammer told viewers on "Special Report with Bret Baier" Friday that U.S. allies in the Middle East are "scared to death" about increasingly political instability in Yemen, where rebel fighting led to the resignation of the country's president -- and where Krauthammer says Iran may be playing a key role in the uprising.

A group of rebels known as the "Houthi" took over the presidential palace in Yemen's capital city this week, leaving the fate of the country's government unclear. The White House said Friday that it also was "not clear" whether the fighters were being supported or controlled by Iran.

"The question is whether Iran has influence over the Houthis in Yemen, and the administration pretending otherwise is simply the continuation of denying reality," Krauthammer said. "They're armed, they're supplied, they have advisers on the ground."

Krauthammer said Iran's influence can be seen clearly in the region, which he said has put U.S. allies on high alert.

"The Saudis know the region and they are scared to death because Iran in their north, with a belt of states -- Iraq, Syria and Lebanon -- coming under Iranian control, and now an Iranian control through a proxy in Yemen, they are encircled," Krathammer said. "Our only allies in the region -- the Gulf states and the Jordanians -- are essentially encircled by now Iranian-dominated, or highly-influenced, states."