Islamic militant forces in northern Iraq appear to be shifting tactics in the face of the newly launched U.S. airstrike campaign, Defense officials say, posing a new challenge to the Obama administration as it seeks to at least slow the terrorists’ advances.

According to officials, until now the Islamic State (IS) was behaving like a well-organized army, moving with strategic intent and pursuing military objectives. Now, officials are seeing at least a partial shift to classic insurgency tactics, as militants begin to blend in among the population, making targeting more difficult.

“One of the things that we have seen with the [IS] forces is that where they have been in the open, they are now starting to dissipate and to hide amongst the people,” Lt. Gen. William Mayville Jr., director for operations with the Joint Chiefs of Staff, said. “The targeting in this is going to become more difficult.”

The comments, on one hand, demonstrate how effective airstrikes can be. One of the reasons the militants marched so quickly across Iraq is that the Iraqi Air Force didn't really exist.

On the other hand, in order for the airstrikes to be effective at this stage, U.S. ground forces would be needed to permanently push the group formerly known as ISIS back -- something that has been ruled out by Obama administration officials.

Mayville, as well as President Obama, described the operation Monday as limited in scope.

Mayville, while saying the strikes have “slowed” the group’s “operational tempo and temporarily disrupted their advances towards the province of Irbil,” also appeared to voice skepticism about how much impact they could have.

“The strikes are unlikely to affect [IS’] overall capabilities or its operations in other areas of Iraq and Syria,” he said. Mayville described the impact as “very temporary,” and predicted the forces would “look for other things to do, to pick up and move elsewhere.”

He added, ominously, “So I in no way want to suggest that we have effectively contained or that we are somehow breaking the momentum of the threat.”

Defense sources told Fox News there is tension between the Pentagon and White House and State Department because, once again, the military is being asked to fix a problem after diplomacy failed – yet they are being given a very limited mission.

"There will be no reintroduction of American combat forces into Iraq,” Secretary of State John Kerry said.

On Tuesday, Kerry was also asked about a photo of an Australian boy in Syria that is getting widespread attention – it shows the 7-year-old, brought to Syria by his father to fight, holding the severed head of a Syrian soldier.  The photo elicited a strong response from the secretary of State.

“One of the most disturbing, stomach-turning, grotesque photographs ever displayed -- of a 7-year-old child holding a severed head up with pride and with the support and encouragement of a parent,” Kerry said.

Obama hinted Monday, with regard to Iraq, that there could be more military cooperation if the government follows through on the president’s decision to bypass incumbent Prime Minister Nouri al-Maliki and name a new prime minister-designate.

Obama called this a "promising step forward," and hinted that if they "build off today's progress," U.S. efforts to join Iraqi forces in fighting IS will be "advanced.”

Yet a political settlement may only go so far in stopping the Islamic State’s advances, as the Sunni organization is not openly seeking a power-sharing agreement with the Shias and Kurds.

On Tuesday, Sens. John McCain, R-Ariz., and Lindsey Graham, R-S.C., renewed their call for the Obama administration to plot a new approach.

“We should continue to do all we can to support Iraq's political process, but the Administration cannot afford to wait until a political solution is reached in Baghdad before addressing the global threat posed by the Islamic State of Iraq and Syria (ISIS),” they said in a statement, calling for U.S. airstrikes against militant positions in Iraq and next-door Syria.

“Contrary to the administration's rhetoric, commencing actions such as these now can strengthen political leaders in Baghdad who seek to form an inclusive government that can unify their country and better resist ISIS,” they said. “A comprehensive strategy to counter ISIS must be devised and we must begin to implement it now, for the threat posed by ISIS only grows with each passing day, as do the risks of our delay.” 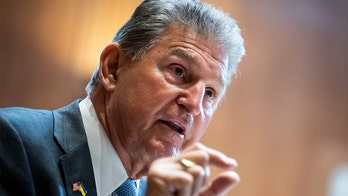 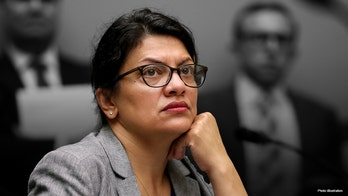