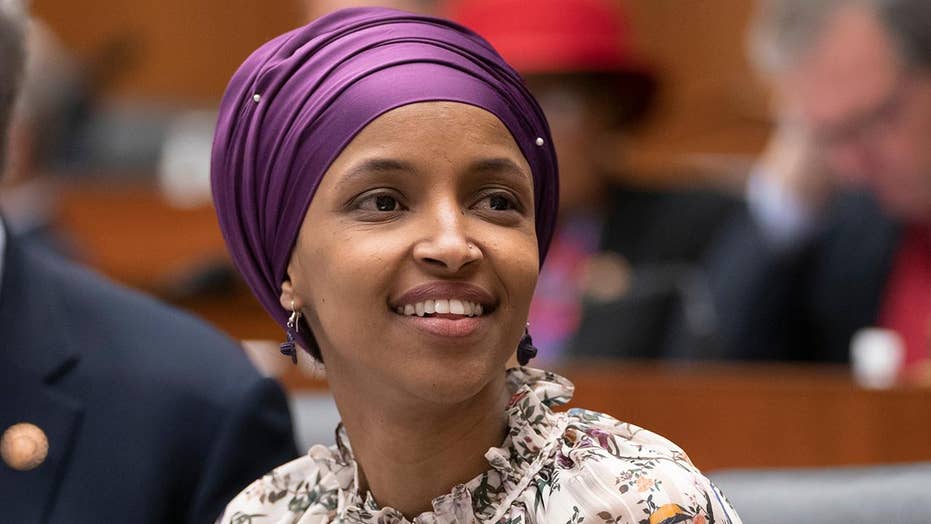 Democrats rushing to Omar's defense; reaction and analysis on 'The Five.'

Minnesota Democratic Rep. Ilhan Omar’s inflammatory comments about Israel have fueled a new push for the formal establishment of a bipartisan Jewish Caucus for lawmakers on Capitol Hill.

No such caucus in Congress currently exists. But Jack Rosen, the president of the American Jewish Congress, said a formalized group of Jewish lawmakers is needed to push back against a rise in anti-Semitism. He is leading efforts to convince lawmakers to form such a caucus.

“I was alarmed that the House couldn’t pass a resolution that directly pinpointed where the problem was -- which was Omar’s anti-Semitic tropes,” Rosen said in an interview with Fox News. “That’s what got me to think about this a little more.”

Democrats in March drafted a resolution to condemn anti-Semitism in the wake of Omar’s remarks, including her accusation that American supporters of Israel are pushing “allegiance to a foreign country.” Omar, who was elected to Congress last year, also suggested on Twitter in February that supporters of Israel have been bought.

But after protests from the progressive wing of the party, the resolution was watered down to broadly condemn all forms of bigotry.

Another lawmaker, Rashida Tlaib, D-Mich., has also come under criticism for suggesting that Senate Republicans are more loyal to Israel than the United States.

“In the recent past, such comments would have been met with swift bipartisan scorn, repudiation and possibly censure. But that’s not what happened,” Rosen wrote in a recent op-ed for The Hill.

In reference to the watered-down resolution, Rosen said, “Had there been a bipartisan Jewish caucus at the table to intervene, the outcome might well have been different.” 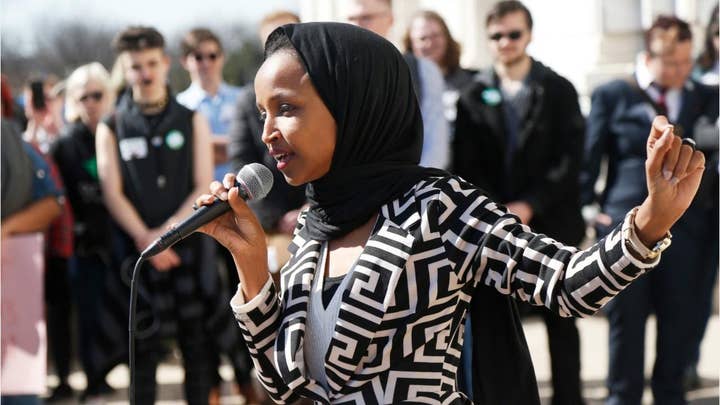 Speaking to Fox News, Rosen called for the caucus to be bipartisan, saying Republicans and Democrats should “come together” on combatting anti-Semitism.

There are 34 Jewish lawmakers in Congress. Only two – New York Rep. Lee Zeldin and Tennessee Rep. David Kustoff – are Republican, though Rosen’s group is calling for the caucus to be bipartisan.

According to JewishInsider.com, several House Democrats already regularly meet as part of an informal working group led by two Democrats, Eliot Engel and Nita Lowey of New York – though there are conversations about formally organizing.

“There have been folks who have mentioned to me the idea of formalizing,” Florida Rep. Lois Frankel told JewishInsider.com, referencing Omar’s comments.

Rosen told Fox News he has spoken to Jewish lawmakers and some are in favor while others are more hesitant to “change the process.”

“Nobody has said no yet,” Rosen said.

The Anti-Defamation League released a report Tuesday saying the Jewish community experienced near-historic levels of anti-Semitism in 2018, including a doubling of anti-Semitic assaults.

“It’s clear we must remain vigilant in working to counter the threat of violent anti-Semitism and denounce it in all forms, wherever the source and regardless of the political affiliation of its proponents,” said Jonathan Greenblatt, the CEO of the Anti-Defamation League.

Over the weekend, a gunman opened fire at a synagogue near San Diego, killing one person and injuring several others – the latest attack in the United States against Jews at a place of worship. The New York Times Opinion over the weekend also apologized for publishing a cartoon of President Trump and Israeli Prime Minister Benjamin Netanyahu after being accused of perpetuating "anti-Semitic tropes."

Proponents of the new caucus aren’t just calling out Democrats. Rosen, in his op-ed, also called out comments by Iowa GOP Rep. Steve King for saying “white supremacist, Western civilization — how did that language become offensive?”

“We need party leadership to step up and challenge their own — and each other — to defend the interests of Jewish Americans, but we also need Jewish politicians to work together and speak with a clear, collective voice to protect Jewish interests at the national level,” Rosen said.