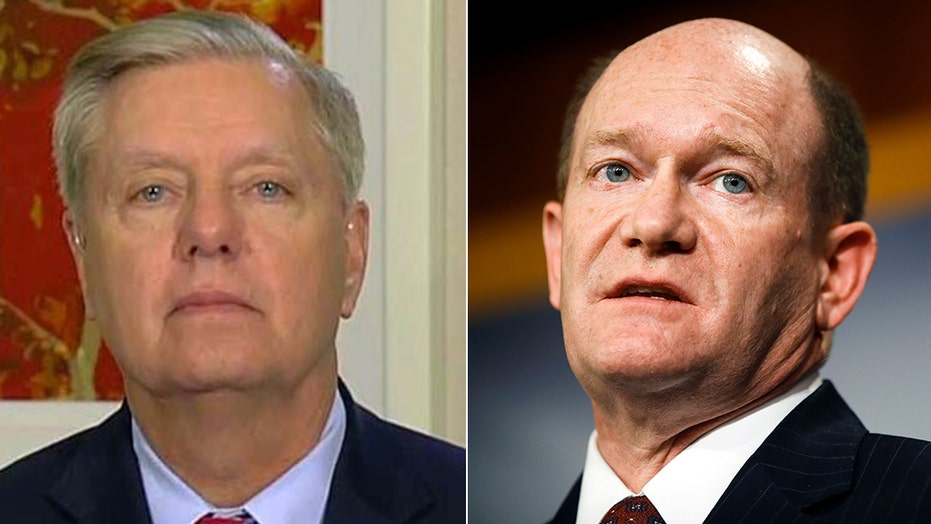 News broke this week of a possible drawback after Chairman of the Joint Chiefs of Staff Gen. Mark Milley, on his way to a NATO conference in Brussels, said that resources "could be reduced and then shifted, either to increase readiness of the force in the continental U.S. or shifted to" the Pacific, according to AFP. He said Esper had not made up his mind about what changes he would make.

“We're developing options for the secretary to consider, and we are developing those options in coordination with our allies and partners," Milley said.

In their letter, Graham and Coons said: "We write to express our serious concern regarding reports of a possible decision to significantly reduce or completely withdraw U.S. Armed Forces within the United States Africa Command (AFRICOM) area of responsibility, specifically the Sahel of West Africa."

The bipartisan duo wrote that America must not forget the threat of “violent extremist[s]” in the region.

FRANCE'S MACRON: IF TRUMP PULLS US MILITARY OUT OF AFRICA, IT WOULD BE 'BAD NEWS'

“Furthermore, the retention of forces within the AFRICOM area of responsibility serves as a check against the growing presence of near-peer competitors like China and Russia who continue to expand their influence across the continent,” Graham and Coons wrote.

The U.S. currently maintains approximately 7,000 personnel on the continent at strategic bases, such as the newly constructed drone base near Agadez, Niger. The senators pointed out that there are at least a dozen terror groups with ties to the Islamic State (ISIS) or Al Qaeda operating in Africa.

“Our European partners, such as France, rely on our intelligence and logistic support for operations within West Africa,” the letter said. On Monday, French President Emmanuel Macron said that the U.S. pulling its forces from Africa would be “bad news.”

"I would like to be able to convince President Trump that the fight against terrorism to which he is deeply committed is playing out also in this region," Macron said.

The senators' letter stressed that withdrawing from the continent would lead Russia and China to extend their grasp. Russia currently maintains military cooperation deals with at least 19 African governments. China opened its first overseas military operation in Djibouti in 2017, Graham and Coons pointed out.

“In addition to increased military presence on the continent, both nations are engaging in significant debt relief programs and have injected substantial foreign investment into a number of nations," they said.

China’s Belt and Road Initiative, a development project adopted in 2013 often seen as an unsettling extension of China’s rising power, has maintained heavy focus on the African continent. In November 2019, the first Russia-Africa summit was held, which spawned a hefty number of trade and arms deals. In recent years, Russia has become the largest supplier of arms to Africa.