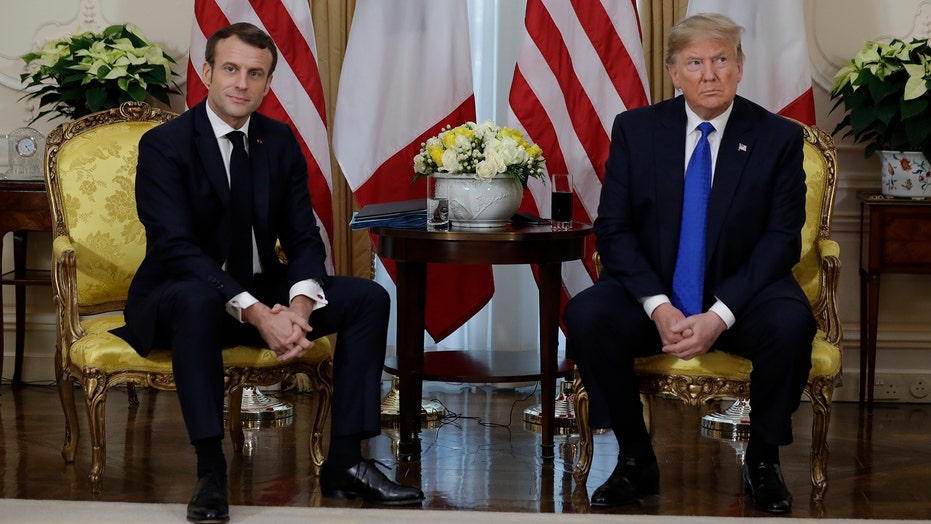 French President Emmanuel Macron urged the Trump administration not to withdraw troops from Africa after U.S. military officials announced they were contemplating a shift in focus to threats from Russia and China.

"If the U.S. decided to withdraw from Africa, it would be bad news for us," Macron said at a news conference Monday. He was speaking after a summit in Pau, France, with the presidents of the five African countries that make up the G5 Sahel coalition: Burkina Faso, Chad, Mali, Mauritania and Niger.

"I would like to be able to convince President Trump that the fight against terrorism to which he is deeply committed is playing out also in this region," Macron continued.

Chairman of the U.S. Joint Chiefs of Staff, General Mark Mille, on his way to a NATO conference in Brussels said, according to AFP, resources "could be reduced and then shifted, either to increase readiness of the force in the continental U.S. or shifted to" the Pacific. He said Defense Secretary Mark Esper had not made up his mind about what changes he would make.

“We're developing options for the secretary to consider, and we are developing those options in coordination with our allies and partners," Milley said.

France has led the West’s counterterrorism efforts in the Sahel region in northern Africa, and the summit was called to address increasing danger in the region. In one instance of escalating violence, suspected jihadist militants in Niger killed 89 soldiers last week.

Mohamed Ibn Chambas, the special representative and head of the United Nations Office for West Africa, told the U.N. Security Council on Wednesday that attacks have increased significantly in frequency and in the number killed in Burkina Faso, Mali and Niger since 2016.

France has launched its biggest overseas military operation to assist with the threat. Around 4,500 French soldiers have been deployed to the area since 2014 to oust various jihadists from power. Macron announced Monday he would be deploying an additional 220 troops to the region, earlier this month UN Chief Antonio Guterres warned that “terrorist groups are gaining ground.”

The U.S. has some 7,000 special forces in rotation on the continent to fight jihadists, particularly in Somalia. An additional 2,000 soldiers are conducting training missions in 40 African countries and providing logistical assistance to France’s mission. It also has a drone base in Niger which provides key intelligence capabilities.

Some 13,000 UN peacekeeping troops operate in Mali, the heart of the conflict which has since spread to its neighbors.

Milley insisted U.S. forces would not pull out of Africa completely.  "We're developing options for the secretary to consider, and we are developing those options in coordination with our allies and partners," Milly said. "Economy of forces does not mean zero."

Still yet, French officials aren’t convinced. "Macron plays with an open hand," said a French diplomatic official. "Africom [United States Africa Command] is 1 percent of U.S. resources abroad, and security in Africa is an interest we have in common."

The G5 Sahel meeting came as NATO ambassadors met in Brussels to discuss the state of affairs in the Middle East after a U.S. drone strike in Baghdad killed Iranian general Qassem Soleimani. President Trump last week called on NATO counterparts to step up their contributions in the Middle East.