Geraldo Rivera: I urge the Trump administration to fight the Democrats every step of the way

Fox News correspondent-at-large Geraldo Rivera said on “Fox & Friends” Friday, “I urge the Trump administration from the top down to fight the Democrats every step of the way.”

Rivera made the comment in response to the Senate Intelligence Committee, chaired by Sen. Richard Burr, R-N.C., issuing a subpoena to Donald Trump Jr. this week.

A statement from Trump Jr.'s camp slammed Burr as a "so-called Republican" and called him "too cowardly to stand up to" Vice Chairman Mark Warner, D-Va., whom the statement referred to as Burr's apparent "boss."

“I think the president's frustration, while obvious, and his subdued anger is totally justified. How many whacks do they get at this thing before they finally call it case closed,” Rivera said. 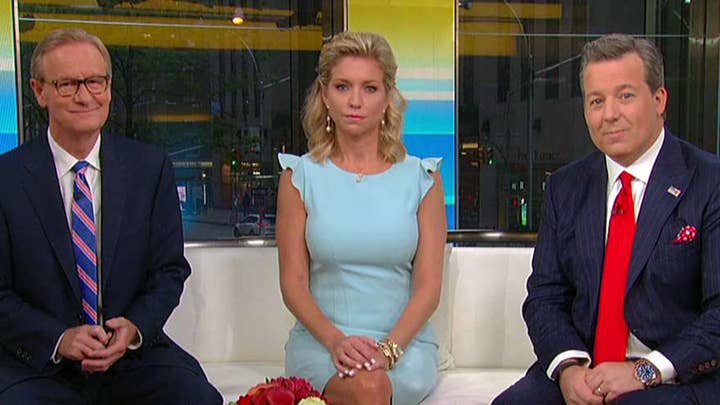 “Don Jr. has testified, I think, it’s 25 hours before one committee, eight or nine hours before a second committee. Over 30 hours total. For goodness sake at what point is enough, enough?” Rivera asked.

“I urge, I'm a moderate person generally speaking, I like bipartisanship, but I urge the Trump administration from the top down to fight the Democrats every step of the way.” 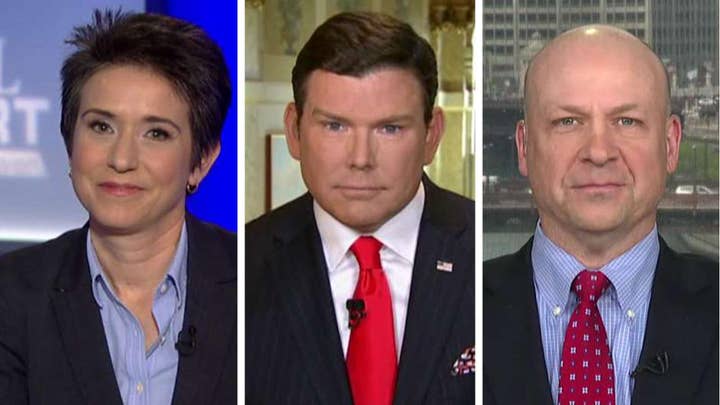 “They don't want truth here. They want to embarrass the president. They want to continue to relitigate the Mueller report. There was no collusion found. For goodness sake let’s get over this.”

He went on to say, “You have accused this president of the most vile things possible. He has been exonerated largely by the Mueller report. The Mueller report says there’s no collusion. The obstruction case is so lame, I want the country to get going,” Rivera said.

“That bipartisanship that is evidence now in the Senate Intelligence Committee with what Senator Burr did, let’s take that bipartisanship and apply it to infrastructure, apply it to the immigration situation, to support the president on trade. Get together and make something great happen rather than continually going back over the same territory.”

“They have tortured this man and his administration for over two years,” Rivera said adding, “Enough, let's get this thing behind us. If I were Don, Jr., I would just fight them.”

“This administration wants to have a constitutional crisis because they do not respect the oath of office that they take,” Pelosi said on Capitol Hill on Thursday.

She added, “Every day they are advertising their obstruction of justice by ignoring subpoenas and by just declaring that people shouldn't come and speak to Congress so that the American people can find out the truth about the Russian disruption of our election, so that it doesn't happen again.”

Rivera responded on Friday by saying what Pelosi said “is absolute baloney.”

“We know because of the Mueller report there was no collusion. So her bringing in Russia and intelligence or counterintelligence at this late date, is to try to relitigate, try to go back over what Mueller did, no collusion, no collusion, full stop, get over it,” Rivera said.

“In terms of obstruction, because there’s no underlying crime, the president, if he did obstruct anything, he was not obstructing justice, he was obstructing injustice.”

He added, “The Republicans have to continually stress this was a runaway effort to try to undermine, if not remove the president of the United States for being a traitor, a spy, in Vladimir Putin's pocket, all of it fake, all of it false, dossier false.”

Rivera went on to say, “That’s the origin, that’s the foundation of everything the Democrats are doing now so if there’s no foundation, now they continue to go forward, this committee, that committee, this subpoena, that subpoena."

"That’s what I mean when I say this is not a sincere effort to try to root out truth, this is an effort to continually undermine the president of the United States. And I do believe it’s going to backfire,” Rivera said.