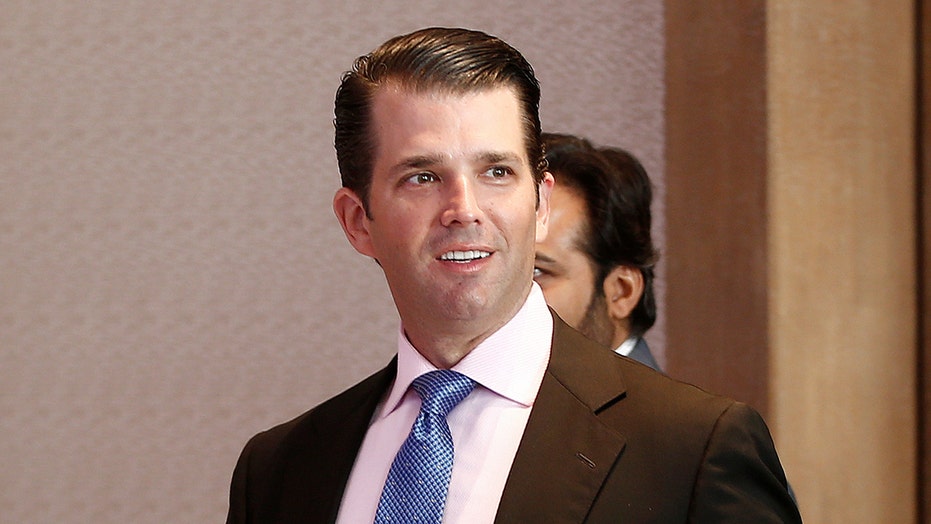 The Senate Intelligence Committee has issued a subpoena for Donald Trump Jr., a source confirmed to Fox News on Wednesday.

MICHAEL COHEN SWIPES AT TRUMP AS HE REPORTS TO PRISON: ‘THERE STILL REMAINS SO MUCH TO BE TOLD’

The move to subpoena Trump Jr. was met with disapproval from House Minority Leader Kevin McCarthy, R-Calif., who argued that politicians should redirect their energy away from investigating potential Russian collusion.

".@DonaldJTrumpJr has already spent dozens of hours testifying in front of Congressional committees,” McCarthy tweeted. “Endless investigations—by either party—won't change the fact that there was NO collusion. It's time to move on. It’s time to focus on ISSUES, not investigations."

A source close to Trump Jr. also aired their frustrations about the subpoena to Fox News while slamming Senate Intelligence Committee Chairman Richard Burr, R-N.C. The source spoke about Trump Jr.’s prior testimony, arguing that he has consistently been cooperative.

“Don is a private citizen, who has already been cleared by Mueller after a two-year investigation. He has done 8-9 hours of testimony in front of Senate Intel already and 27 hours of testimony in front of various committees in total,” the source said. “When he originally agreed to testify in front of the Senate Intel Committee in 2017, there was an agreement between Don and the Committee that he would only have to come in and testify a single time as long as he was willing to stay for as long as they’d like, which Don did."

A comment from Trump Jr. was not immediately available.