Democrats are currently leading with midterm elections 16 days away; Jacqui Heinrich has more.

Early voting numbers show a dramatic increase in voter engagement in this year's midterm elections compared with 2014 totals, and preliminary turnout results in some states are sending Republicans renewed warnings of a so-called "blue wave" just weeks before Election Day.

More than 4.3 million Americans have already voted, and results posted over the weekend by Nevada's secretary of state indicate a strong Democratic showing across the board in that state. In Washoe County, where Reno is located and where Republicans hold an edge in voter registration (99,675 to 94,520), 3,409 Democrats voted in-person compared with 2,365 Republicans on Saturday.

And on Sunday, when many polling places and businesses in urban areas are closed, 1,927 Democrats cast ballots in-person in Washoe County, compared with 1,483 Republicans. Taking into account mail-in votes after two days, Democrats have a roughly 6 percentage-point, 600-vote lead there, despite Republicans' built-in registration advantage.

"That never happens in Washoe," wrote Jon Ralston, the editor of The Nevada Independent, who has called Washoe the "swing county" in Nevada. He noted that in 2014, the GOP had a double-digit lead in Washoe County after two days of early voting. (The results do not indicate which candidates or political party actually received the votes, but analysts say it's common for more partisan voters to cast their ballots early.)

While he said it's too early to draw definitive conclusions at this stage, Ralston told Fox News he can't recall any instances in which early voting trends weren't indicative of an election cycle's overall outcome.

"More people usually vote in the second week than the first, and trends do not reverse," Ralston told Fox News, cautioning that only two days of data are in and no trends have been established yet. "But this is not a usual year. ... We will know more in two or three days."

For Republicans, there were worrying signs that even President Trump's star power, which has propelled several candidates to victory in key primaries this midterm season as he barnstorms across the country, might have a limited impact. The president held a major rally in Elko County, Nevada on Saturday, but despite urging the estimated 8,000 attendees to the polls and making a major foreign policy announcement immediately afterwards, only 435 people in Elko County voted that day, including 104 Democrats and 250 Republicans. 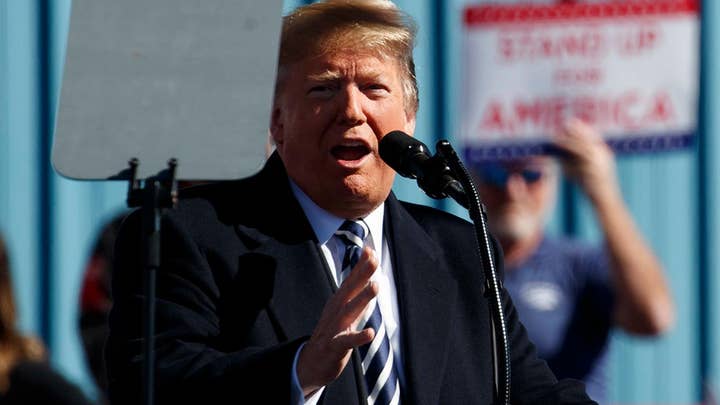 In liberal Clark County, where Democrats boast a 13-percent registration advantage, there were 10,109 in-person Republican voters on Saturday, compared with a whopping 14,538 Democratic voters -- turnout that Ralston said was "close to presidential-year levels."

"In 2014, that lead after the first day was nonexistent, signaling a red wave," Ralston wrote on his election analysis blog. "There was no southern firewall in 2014, so the Republicans swept everything. Turnout also was a third of what it was this year. 2018 is not 2014."

But in good news for Republicans, the results were significantly closer on Sunday, with 10,631 Democrats and 8,905 Republicans turning out -- meaning Democrats underperformed their voter registration advantage in Clark County by approximately half.

And Ralston said that even on Saturday, Clark County had some good news for the GOP: "Fact is the Republicans did a good job in Clark [on Saturday], coming in at 4 percent above their registration numbers."

Fox News ranks the Nevada Senate race between incumbent Dean Heller and Democrat Jacky Rosen, as well as the gubernatorial contest between Republican Adam Laxalt and Democrat Steve Sisolak, a toss-up. Three of the state's four House seats currently are held by Democrats, and Fox News ranks two of those as lean-Democrat districts.

Ralston concluded that Saturday was a "one-day blue wave" and a "big first day of really voting for Dems in Nevada's urban counties." He added that the results were a "bad omen for Repubs," although he noted that the numbers evened out once absentee ballots were factored into the figures. There are 14 days of absentee voting in total in Nevada, usually accounting for approximately 60 percent of the overall vote totals.

"The GOP did a good enough job with absentee ballots in the run-up to early voting to stay close, so the real question is whether the Dems can keep this up or will peter out after a big first day showing," Ralston said.

“All signs point to a higher turnout election,” University of Florida political scientist Michael McDonald told The Hill. “Where we can make comparisons, so far the numbers are up from 2014. Which is not a surprise because 2014 was an exceptionally low turnout election.”

McDonald told the paper that turnout could reach half of the voting-eligible population, a historic level not seen since 1966.

Polls and on-the-ground indicators have suggested in recent weeks that Republicans have significantly better odds of holding onto their majority in the Senate than they do in the House. The map is working in the GOP's favor: There are nine Senate seats currently held by Democrats in states that went for Trump in 2016 but just one Republican incumbent running in a state carried by Hillary Clinton. 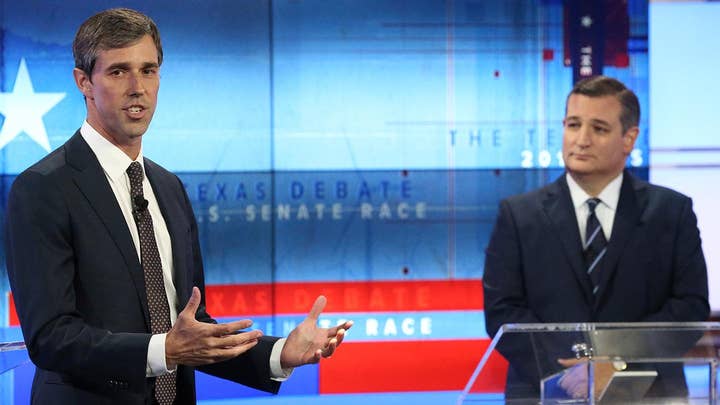 Republicans have also become more confident they will prevail in states like Arizona, which Fox News rates as a toss-up, as past comments by Democratic candidate Kyrsten Sinema disparaging Arizona and stay-at-home mothers rock the race. Additionally, Sinema has taken criticism for seemingly saying during a 2003 radio interview that she was indifferent to Americans who joined the Taliban.

"This is personal for those of us who served and actually fought against the Taliban," Sinema's Republican challenger, Rep. Martha McSally, told host Chris Wallace on "Fox News Sunday."

She added:  "I was a squadron commander over there, with my A-10 squadron. We were getting shot at by the Taliban; the Taliban was killing Americans. The worst days we had at Bagram Air Force base when I was a commander was when an American gave their last breath fighting for our freedoms ... and was killed by someone from the Taliban."

McSally, asked about her vote to repeal and replace ObamaCare, told Wallace that she is nonetheless "passionate" about protecting Americans with pre-existing conditions -- underscoring the delicate balance some Republicans must walk in a midterm season where reportedly half of all Democratic ads are about health care. 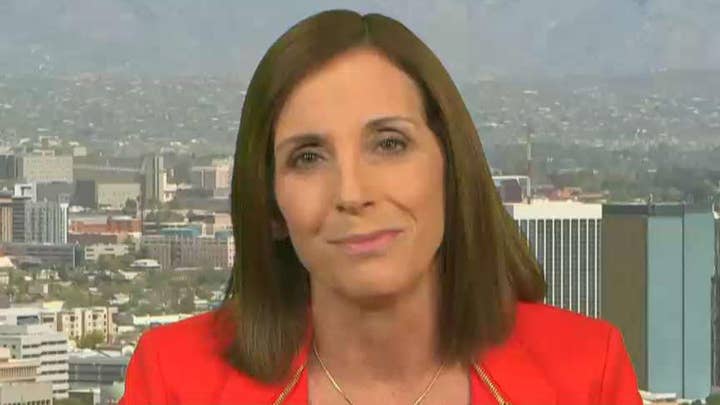 Retaking a majority in the House would allow Democrats to initiate investigations and even impeachment proceedings, but control of the Senate would be necessary for Democrats to stall Trump's federal judicial nominees or pass significant legislation of their own.

Mehlman pointed to other signs of a possible impending "blue wave" in the House. For example, Trump's approval rating is roughly consistent with that of other presidents' in recent decades when their party saw major losses in Congress. Presidents with higher approval ratings tend to see their party retain more seats.

However, a new NBC News-Wall Street Journal poll released Sunday showed Trump’s approval ratings have increased slightly to their highest point yet: 47 percent, with 49 percent disapproving. The number is slightly higher than President Barack Obama's 45 percent approval rating at the same time in his first term, October 2010, just before Democrats suffered major losses in both the House and the Senate.

The poll also indicated that 48 percent of registered voters would prefer having the Democrats retake Congress, while only 41 percent back GOP. That 7-point gap, though, had been a 12-point gap favoring the Democrats in September.

And in the most competitive House districts, the latest poll showed the parties in a dead heat on who should have control of Congress.