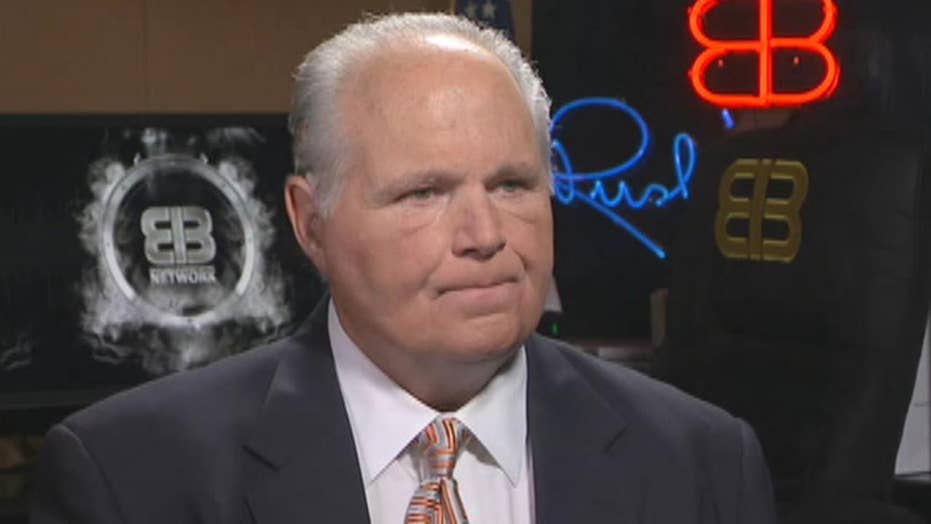 Rush Limbaugh, in an exclusive interview with Fox News’ Sean Hannity, predicted Republicans will hold both houses of Congress next month – defying the Washington wisdom that Nancy Pelosi is in line for speaker.

“We hold the House and increase the Senate,” the conservative talk radio host predicted in an interview set to air Thursday night on Fox News' "Hannity" at 9 p.m. ET.

He added, “I think the Democrat Party deserves to lose in the biggest single electoral landslide defeat in my lifetime because of the actions they’ve taken just in the last month.”

The party out of power in the White House historically picks up seats in the first post-presidential midterms. And polling has suggested 2018 will be no different -- showing an environment that still favors Democrats. Democrats hold an 11-point lead on Republicans on a generic congressional ballot, according to a recent Washington Post/ABC News poll.

But some Democratic figures recently have voiced concerns the party is overconfident about its odds of reclaiming the House.

“I don’t trust it. It hasn’t been right consistently enough for me,” Limbaugh said of the polling. “People doing these surveys desperately want Trump gone. I don’t know how they can take that out of their work.”

Meanwhile, other recent polling has shown Republicans making gains in Senate races, raising hopes within the GOP that the party could potentially expand its majority.

DEMS WORRY OF 2016-STYLE STUMBLES, AS GOP SEES CHANCE OF HOLDING OFF 'WAVE'

Some analysts have warned that Democrats have focused too much on longshot Senate bids – like in Texas or Tennessee -- to derail Republican candidates in reliably red states instead of more winnable Midwest battlegrounds.

Corry Bliss, the executive director of the Congressional Leadership Fund super PAC working to elect Republicans to the House, wrote in a memo to donors Thursday that Democratic challengers continue to outraise Republican candidates “but the political environment continues to improve with new races coming on the map for Republicans and off the map for Democrats.”