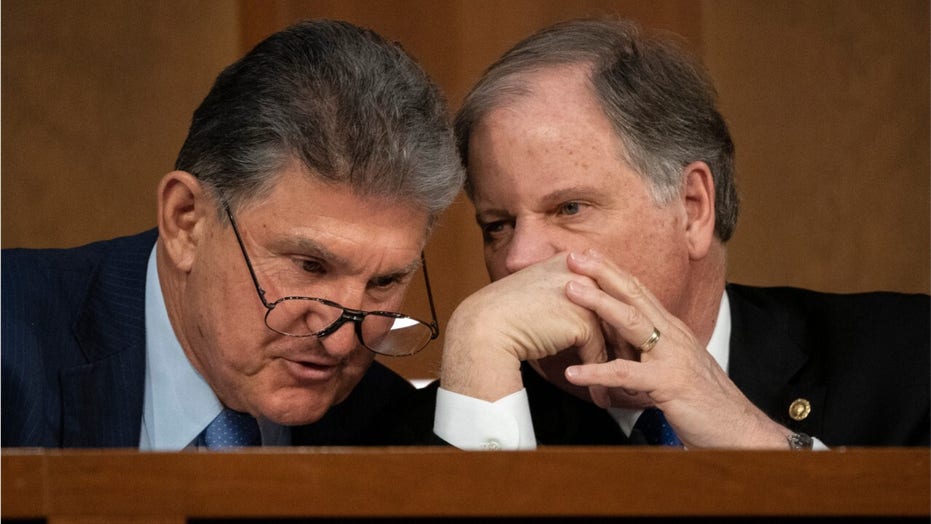 Who are the Democrats who voted to start debate on the Senate GOP's justice reform bill?

Senate Democrats blocked a motion to start debate on Republicans' proposal for police and criminal justice reform but three senators in the Democrats' caucus broke ranks to vote in favor of the motion.

Senate Democrats blocked a motion to start debate on Republicans' proposal for police and criminal justice reform on Wednesday afternoon, saying that the legislation does not go far enough to be worth discussing -- but three senators in the Democrats' caucus broke ranks to vote in favor of the motion.

Senate Majority Leader Mitch McConnell, R-Ky., on the other hand, said that Schumer and his caucus are issuing a “bizarre new ultimatum” and refusing to vote for a motion that simply says police reform is the next issue the Senate will tackle.

"What’s supposed to happen in this body is that we vote or agree to get on to a bill and then we discuss, debate and amend it until at least 60 senators are satisfied or it goes nowhere,” he said. "They don’t want a debate, they don’t want amendments, they'll filibuster police reform from even reaching the floor of the Senate unless the majority lets the minority rewrite the bill behind closed doors in advance."

But three moderates who caucus with the Democrats did want to "get on to" police reform and sided with Republicans -- who voted uniformly in favor of the motion, except for McConnell, who changed his vote so he could bring it up later -- in wanting to start discussing the GOP's police and justice reform proposal.

Sen. Joe Manchin, D-W.Va., issued a statement that stopped short of endorsing Republicans' bill, instead excoriating both parties for creating a "toxic" environment.

"This is a pivotal moment in the history of our country. I voted YES to start debate in the Senate on police reform legislation because I believe we can no longer turn a blind eye to racial injustice, while citizens across the country are demonstrating in the streets to demand solutions that move us forward," Manchin said.

He continued: "It is a shame that Republicans and Democrats in the Senate cannot rise to meet this moment by working together to face these difficult issues head on. Despite the toxic partisanship of the Senate, I remain committed to working with my colleagues on both sides of the aisle on a legislative path that increases police accountability and provides support and training to law enforcement officers so they are better able to serve their communities."

Sen. Doug Jones, D-Ala., won his seat in a 2018 special election against Republican Roy Moore, who became a pariah after allegations of that he had sexual contact with underage girls in the late 1970s and early 1980s emerged. Now Jones is facing an uphill climb in his reelection battle in which he will face a much stronger candidate no matter the result of the Republican primary runoff -- potentially part of the motivation for his vote Wednesday.

His Republican opponent will either be former Auburn University head football coach Tommy Tuberville or former Attorney General Jeff Sessions, whose appointment in the Trump administration led to the vacancy Jones filled in the first place.

Jones did not immediately release a statement on his vote.

Sen. Angus King, I-Maine, caucuses with the Senate's Democrats and also voted to begin debate on the GOP bill.

He and Sen. Tim Kaine, D-Va., wrote a letter to Senate leaders in both parties Tuesday asking for Senate Judiciary Committee hearings on both Republicans' and Democrats' proposals. Kaine voted against the Wednesday motion, but King voted for it, apparently opting to have some action on police and justice reform if his preferred option was not in the cards.

"This issue is too urgent, and the moment is too powerful to play political games," King tweeted Tuesday, quoting from the letter. "We have an opportunity to listen to our constituents and one another to effect real change and save lives – so let's do it, by treating this issue with the seriousness it deserves."

He also did not immediately issue a statement on his Wednesday vote.