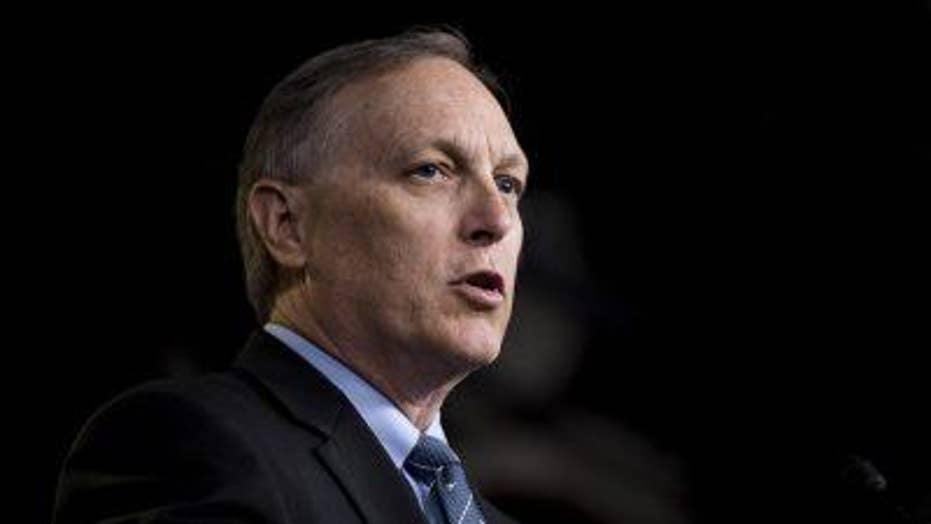 It's unclear why New York City Mayor Bill de Blasio and Rep. Eric Swalwell, D-Calif., are running for president in 2020, according to Rep. Andy Biggs, R-Ariz.

De Blasio and Swalwell are polling very low in the Democratic primary field and are pressing for President Trump's impeachment, Biggs said Friday on "Hannity."

"These people are running -- who knows why they are running," the lawmaker said.

"They're going to be in the debates, but good grief -- you are talking about people who are just making the most outrageous claims on hypothetical statements for impeachment," he continued.

"It's absurd, it's ludicrous. And actually, frankly, in Swalwell's case, it's actually funny."

De Blasio said in a recent interview Congress that should start the impeachment process in earnest.

"They should begin impeachment proceedings. We can no longer accept the notion of a president who openly invites interference in our election," de Blasio said, reacting to remarks Trump made in his interview this week with ABC's George Stephanopoulos. 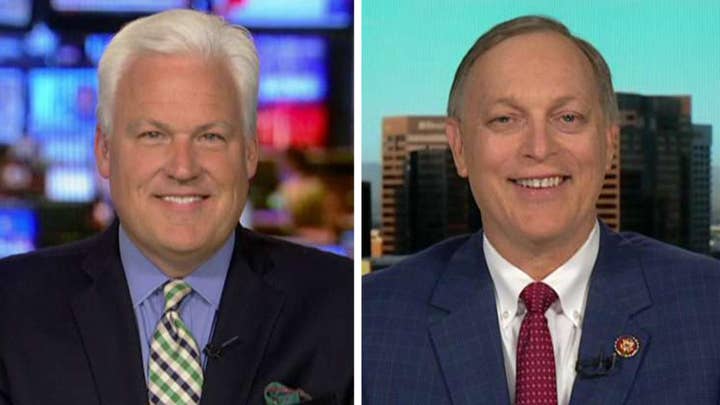 "I look at the Democrats and say, they don't have policy prescriptions," he said. "They don't want to bring the budget under control. They want to yell about the president needing to be impeached."

Chaffetz added he believed de Blasio would be better served working to improve conditions in the Big Apple.