Matt Gaetz on Hannity regarding Trump and oppo research

Matt Gaetz on Hannity regarding Trump and oppo research

President Trump was trying to get a jolt out of the media saying he'd listen to foreign governments' opposition research, Rep. Matt Gaetz, R-Fla., claimed.

Trump told ABC News' George Stephanopoulos he would be willing to listen to foreign governments who had information on a political rival, and Gaetz said Thursday on "Hannity" that the president created a firestorm in the media that was largely unwarranted.

"Trump was triggering the media here, because the more they talk about foreign influence, the more they look ridiculous because the only candidate that we are certain engaged in no criminal conspiracy with a foreign power is Donald J. Trump, our president," the lawmaker claimed.

"We also know the hypocrisy is so thick you can cut it with a knife," he continued. "The people you mentioned were literally inviting foreign influence into our election by proliferating lies funded by the (Democratic National Committee) and told by Russians to destabilize Donald Trump's candidacy and ultimately his presidency," he told Sean Hannity, who previously discussed the Steele dossier earlier in the program. 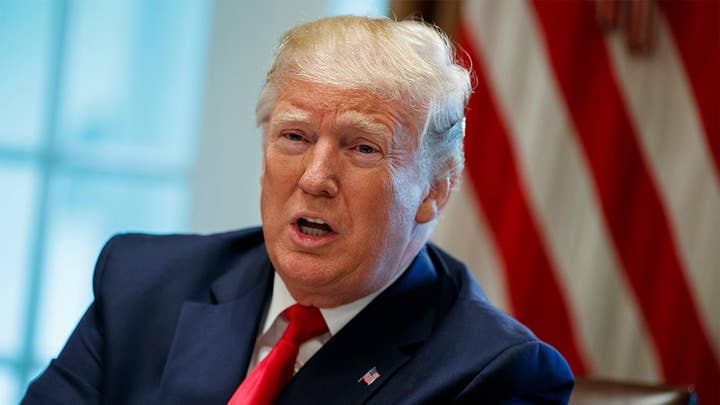 "I think I'd want to hear it... I think you might want to listen, there isn't anything wrong with listening," he told Stephanopoulos, an ex-White House communications director for former President Bill Clinton.

"If somebody called from a country, Norway, -- 'we have information on your opponent' -- oh, I think I'd want to hear it," Trump continued.

One of the president's home-state senators, Democrat Kirsten Gillibrand of New York, responded to the interview by demanding Congress schedule impeachment proceedings.

Trump's comments came just a month after he pledged not to use information stolen by foreign adversaries in his 2020 re-election campaign.