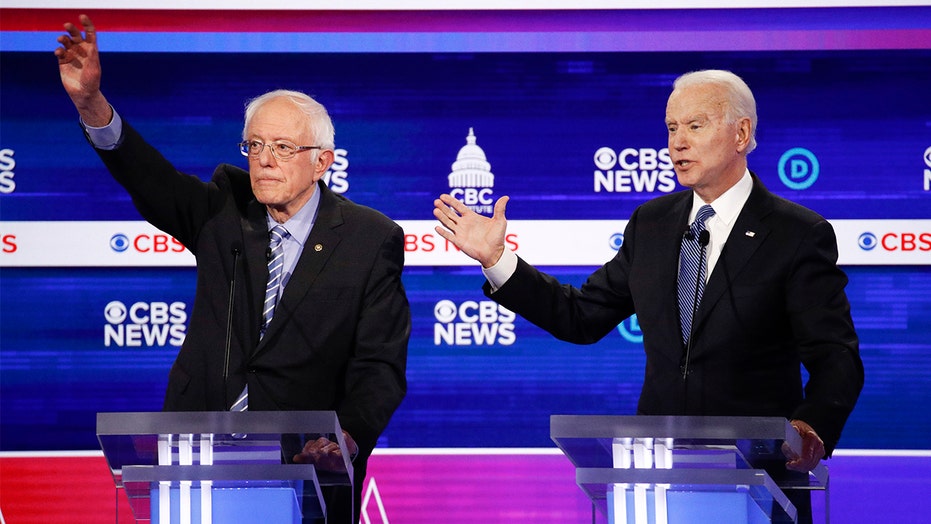 Biden, who says he is confident that he will sweep the lead in South Carolina's primaries just days away -- despite crushing losses behind Sanders in the three previous early voting states-- lambasted Sanders' record on gun control, particularly his vote in support of a law that protects firearms manufacturers from being held liable when gun violence and crimes are perpetrated. Sanders later disavowed the legislation in 2016.

SANDERS, AT DEM DEBATE, DRAWS FIRE FROM ALL SIDES AS HEATED FORUM NEARLY FLIES OFF THE RAILS

"Imagine if I stood here and said we give immunity to drug companies, we give immunity to tobacco companies. That has caused carnage on our streets," Biden said. "150 million people have been killed since 2007 when Bernie voted to exempt the gun manufacturers from liability, more than all the wars, including Vietnam from that point on."

The heavily inflated figure misrepresented gun deaths in America since 2007. From 2007 to 2017, the number of firearm deaths in the U.S. was 373,663. This number includes both violent firearm deaths and unintentional or accidental deaths, according to the Center for American Progress, an organization that promotes progressive values.

More in line with Biden's figures, an analysis of FBI statistics by the Center found that from 2008 through 2017, more than 1.5 million aggravated assaults involved a firearm, with rates varying significantly across the states.

"I have cast thousands of votes, including bad votes. That was a bad vote," Sanders said in defense on Tuesday night.

"If I'm elected, NRA [the National Rifle Association], I'm coming for you and gun manufacturers, I'm gonna take you on and I'm gonna beat you," Biden said.

Speaking alongside six other Democratic contenders vying for the presidential nomination, Biden insisted he is the only candidate who can push major gun legislation through Congress if elected.

He boasted that while serving in the Senate, he backed the assault weapons ban that stipulated magazines capable of holding more than 10 rounds of ammunition be eliminated, which was not reauthorized after its sunset provision that expired in September 2004.

Biden also helped pass the Brady Bill in 1994, which mandated federal background checks on firearm purchasers in the United States and imposed a five-day waiting period on purchases.