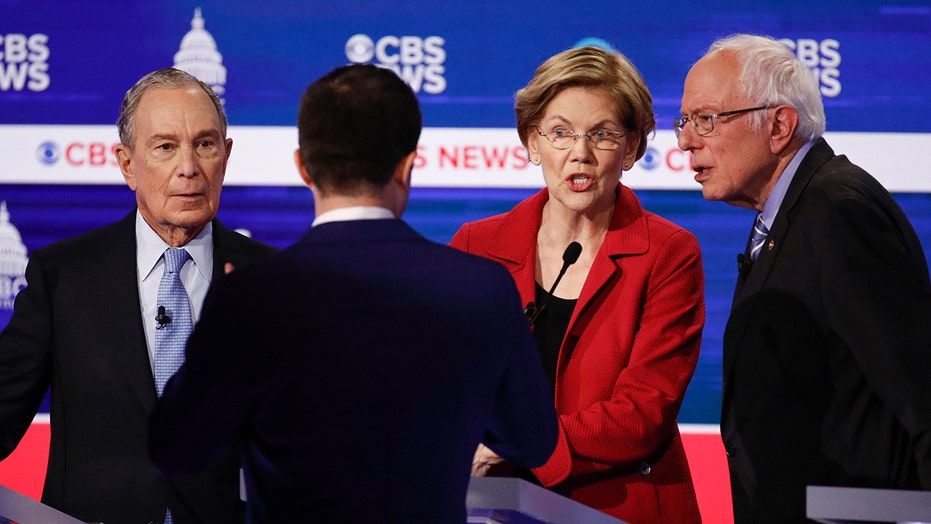 2020 Democrats: Sanders will lose to Trump

Bernie Sanders faced sustained attacks from all sides in Tuesday night's rowdy Democratic debate, as the self-described democratic socialist, now the race's undisputed frontrunner, parried multiple claims that his sweeping plans were little more than an expensive path to a "catastrophic," Corbyn-esque downballot rout for Democrats in November.

The forum, coming ahead of Saturday's primary in South Carolina and next week's pivotal Super Tuesday contests, was easily the most contentious of the primary season to date, as candidates frequently sparred with the moderators and ripped into each other on spending, foreign policy, and more. Fears have spread among the remaining candidates and establishment Democrats that Sanders, fresh off wins in several states, could soon be unstoppable.

Seconds into the event, Sanders downplayed historic-low unemployment numbers by arguing that the economy was only going well for "people like" former New York Mayor Mike Bloomberg -- prompting Bloomberg to quickly bring up recent unverified reports that Russia is working to help Sanders' campaign.

"I think that Donald Trump thinks it would be better if he's president -- I do not think so," Bloomberg said. "Vladimir Putin thinks that Donald Trump should be president of the United States. And that's why Russia is helping you get elected, so you'll lose to him."

"I've gotta speak," Biden, clearly animated, shouted forcefully in response in one of the debate's most heated moments. "Barack Obama was abroad; he was in a town meeting. He did not in any way suggest there was anything positive about the Cuban government. He acknowledged that they did increase life expectancy, but he went on to condemn the dictatorship. ... He does not, did not, has never embraced an authoritarian regime, and does not now."

Then, turning to Sanders, Biden went on, "This man, in fact, did not condemn what they did."

DEM FIELD GANGS UP ON SANDERS OVER CUBA COMMENTS IN DEBATE

Added Buttigieg: "I am not looking forward to a scenario where it comes down to Donald Trump with his nostalgia for the social order of the 1950s, and Bernie Sanders with a nostalgia for the revolutionary politics of the 1960s. ... We're not gonna win these critical House and Senate races if people in these races have to explain why the nominee of the Democratic Party is telling people to look at the bright side of the Castro regime."

Former top Obama adviser David Axelrod called the exchange "a bad moment" for Sanders, saying that "70s and 80s flashbacks on U.S. interventions in other countries seemed gratuitous and will raise more hackles among those who worry about his nomination."

Additionally, Minnesota Sen. Amy Klobuchar hit Sanders' unprecedented proposed expenditures. (On Monday night, Sanders released a plan on how he would pay for his programs, which included a proposal to seize trillions from the "net worth" of the nation's wealthiest individuals. The plan did not account for the possibility that the individuals could simply move their investments and other assets ahead of his presidency, nor did it consider that the assets might lose much of their value in a stock market drop as the individuals pulled investments out.)

"The math does not add up -- in fact, just on '60 Minutes' this weekend, he said he wasn't gonna rattle through the 'nickels and dimes.' Well, let me tell you how many nickels and dimes we're talking about," Klobuchar said. "Nearly $60 trillion. Do you know how much that is, for all of his programs? That's three times the American economy. Not the federal government. The entire economy."

"I'm hearing my name mentioned a little bit tonight -- I wonder why," Sanders quipped at one point, after Buttigieg took on his spending plans as well.

Buttigieg mocked Sanders' "incredible shrinking price tag" for his plans, noting that Sander's figures had constantly changed and would lead to a crushing election loss in November not only in the presidential race, but in down-ballot House and Senate races.

"If you want to keep the House in Democratic hands, you might want to check with the people who actually turned the House blue [in 2016]," Buttigieg said. "40 Democrats who are not running on your platform -- they are running away from your platform as fast as they possibly can. ... Let's listen to them, when they say they don't want to be out there defending your programs."

Sanders' plan, according to Buttigieg, “adds up to four more years of Donald Trump.”

Added Bloomberg, "Can anyone in this room imagine moderate Republicans voting for [Sanders]?" Bloomberg predicted "catastrophe" for Democrats if Sanders became the nominee.

In an awkward moment, Bloomberg then apparently started to say, "I bought -- I got them," when referring to the successful Democratic congressional candidates whose campaigns he financially supported.

Sanders insisted that his health care plan would actually save money, citing a disputed Yale University study that cited some administrative cost savings. Sanders also derided Bloomberg by saying that "all" of his supporters were billionaires -- a move that drew loud boos in the debate hall, apparently surprising Sanders.

Some debate tickets to guarantee a seat at the event reportedly cost more than $1,700. A Democratic National Committee spokesperson tweeted as the debate went on, "The tickets were divided up between the DNC, campaigns (with equal allocation), SC Dem Party, CBCI, CBS and Twitter. We invited local and community leaders, and DNC supporters. This is the most diverse audience. ... Candidates get the same amount of tickets. No one is packing the debate hall.”

Buttigieg separately challenged Bloomberg over his past stop-and-frisk policy, before deploying raw intersectionalist rhetoric: "There's seven white people on this stage talking about racial justice," none of whom have the "lived experience" of feeling bigotry in their day-to-day life, he said.

Not every candidate had equal speaking time. "I guess the only way to do this is to jump in and speak twice as long as you should," Biden joked at one point, when the moderators finally asked him a question. "Bernie hasn't passed much of anything," he eventually jabbed.

Then, when billionaire candidate Tom Steyer said Biden was "out of time," the former vice president yelled: "I'm not out of time, you spoke over time, and I'm gonna talk!"

That was a theme throughout the night, as Biden repeatedly demanded that moderators let him speak. At one point, the debate cut to a commercial just as he started to make a point.

Biden criticized Sanders for supporting a proposal backed by the National Rifle Association granting gun manufacturers broad legal protections. Sanders acknowledged that he has "cast thousands of votes, including bad votes. That was a bad vote."

Biden would later claim that "150 million" people "have been killed" by guns in America since 2007, a number that would constitute approximately half of the country's population. "More than all the wars, including Vietnam, from that point on!" Biden declared.

Buttigieg rejected Sanders' claims that his views on guns have meaningfully changed, saying his stance “is a current bad position that Bernie Sanders holds.”

He also pointed out that Sanders has stopped short of endorsing an elimination of the Senate rule known as the filibuster, which requires 60 out of 100 senators to approve most major bills. Despite that fact, the Democratic presidential front-runner is pitching an array of sweeping policy changes that are highly likely to fall short in Congress with the filibuster still in place.

“How are we going to lead a revolution if you can’t support a rules change?” Buttigieg challenged Sanders.

The flareups came after a day of simmering tensions. With the notable exception of Massachusetts Sen. Elizabeth Warren, all of the other prominent candidates debating in South Carolina savaged Sanders in the hours leading up to the 8 p.m. EST affair.

During the debate, Warren again focused heavily on Bloomberg and avoided going after Sanders.

"In 2012, [Bloomberg] scooped in to try to defend another Republican senator against a woman challenger," Warren said. "That was me. It didn't work, but he tried hard. I don't care how much money Mayor Bloomberg has, the core of the Democratic Party will never trust him."

Warren later repeated her disputed story that she lost her school teaching job because of her pregnancy -- a claim that contradicted Warren's own previous statements on the matter, and which conservatives and commentators have said is an apparent and unexplained fabrication.

"At least I didn't have a boss who said to me, 'Kill it,' the way Mr. Bloomberg is alleged to have said to one of his pregnant employees," Warren said.

As boos broke out in the debate hall, Bloomberg replied, "Oh, come on. I never said that. And for the record, if she was a teacher in New York City, she would have never had that problem."

Bloomberg, questioned later about his nondisclosure agreements with women, said he was "probably wrong to make the jokes" that led to the agreements, although he couldn't remember the specific comments.

"If it bothered them, I was wrong, and I apologize for that," Bloomberg said. "But what's happened here is we went back 40 years and we could only find three cases where women said they were uncomfortable."

Ahead of the debate, Biden accused Sanders of trying to undermine President Barack Obama's 2012 reelection. Buttigieg highlighted Sanders' call for a government-financed health care system as an example of his “polarization.”

Former Bloomberg and his surrogates were especially aggressive -- with Bloomberg senior advisor Tim O'Brien even bringing up Sanders' past writings on rape fantasies live on CNN. (Bloomberg, who has begun spending on a massive media blitz against Sanders, spent extra time preparing for the showdown after a weak performance in last week's debate.)

Sanders also drew renewed fire for doubling down on comments Castro's "literacy program," saying it was a positive outcome from the violent Cuban Revolution that literacy rates quickly rose.

“We are very clear in the Democratic party that we speak out against brutal dictatorships like Castro," Democratic National Committee (DNC) spokeswoman Xochitl Hinojosa told Fox News earlier Tuesday, before encouraging candidates like Sanders to visit Florida and speak with Cuban refugees. Florida Democratic Rep. Debbie Mucarsel-Powell was more direct.

She continued: "The Castro regime murdered and jailed dissidents, and caused unspeakable harm to too many South Florida families. To this day, it remains an authoritarian regime that oppresses its people, subverts the free press, and stifles a free society."

Others have highlighted Sanders' previous remarks that were highly critical of immigration: "If poverty is increasing, and wages are going down, I don't know why we need millions of people coming into this country as guest workers," Sanders had told CNN years ago.

Biden is looking to make a big impression in South Carolina, where he was long viewed as the unquestioned front-runner because of his support from black voters. 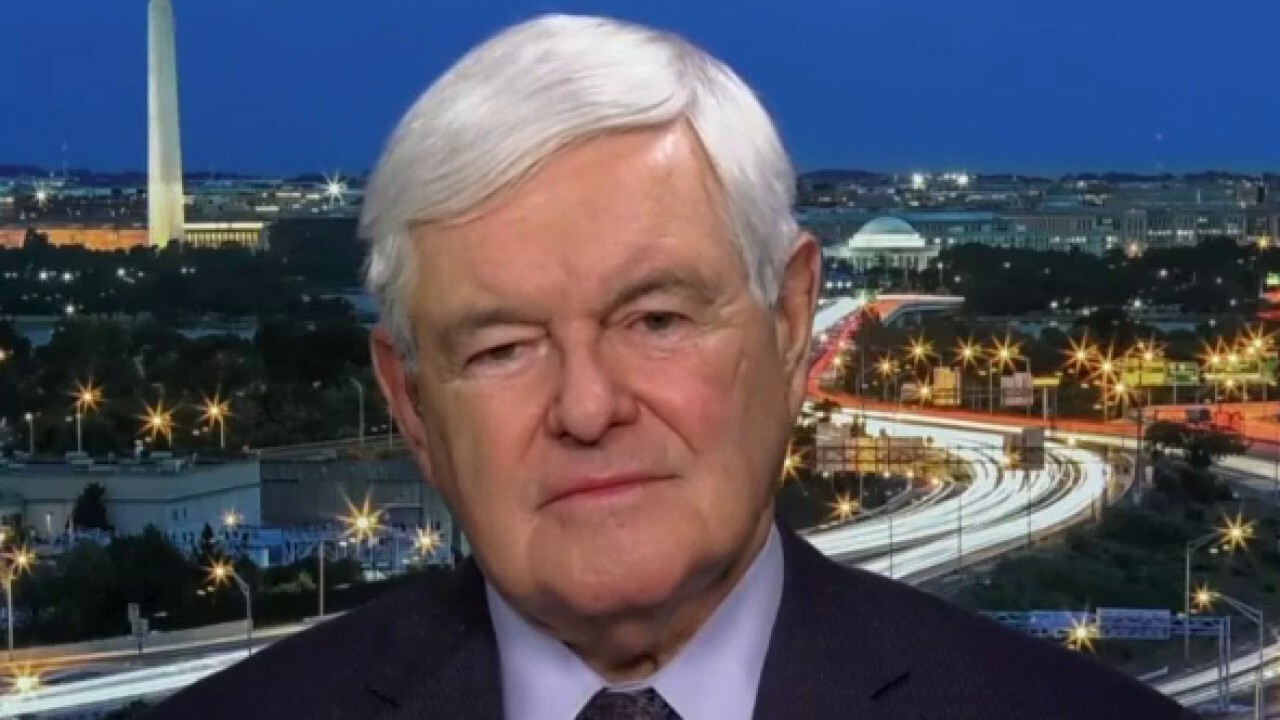 Campaigning in the state the day before the debate, he predicted he would win “by plenty” on Saturday.

Having finished on top in three consecutive primary contests — including a tie in Iowa — Sanders is eyeing a knockout blow, however. He has shifted new staff into the state from Nevada, expanded his South Carolina advertising and added events to his schedule.

"Everything is impossible until it happens," Sanders said in closing at the debate, quoting Nelson Mandela.