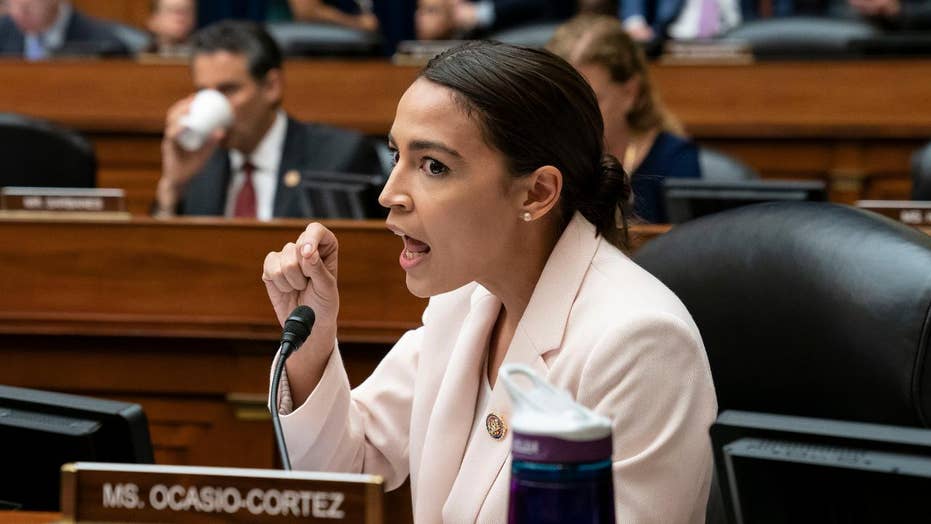 If AOC believes there's 'concentration camps' at the border, why won't she act to fix the immigration crisis?

The 'Outnumbered' panel calls out Rep. Alexandria Ocasio-Cortez and Democrats in Congress for not acting to pass border legislation.

"I think she’s just having fun watching people blow up," he said Wednesday on his radio show. "If she does believe it, then she’s so stupid that there’s nothing to do about it."

The congresswoman, during an Instagram Live broadcast on Monday, accused the U.S. of operating "concentration camps" on the southern border. "That is exactly what they are. They are concentration camps," Ocasio-Cortez said during the video.

Ocasio-Cortez doubled down on her comments on Wednesday, refusing to apologize and invoking the Japanese internment camps of World War II.

Limbaugh believes that Ocasio-Cortez likes the notoriety and shock value of her comments.

"But I think there is a part of her that just can’t go a day without getting noticed," Limbaugh said. "But then after a while, people are so accustomed to your either stupidity or your shock value, or whatever, that no longer shocks anybody. So you gotta go over the line."

The radio host advised those offended by her remarks to pay her no heed.

"If you believe that, you could also believe that we are committing Holocaust-type murder in these places. It’s absurd," Limbaugh said.

"If I were people, I wouldn’t give her so much satisfaction.  I would just treat it as, 'Why are we listening to this woman?'" Limbaugh said.