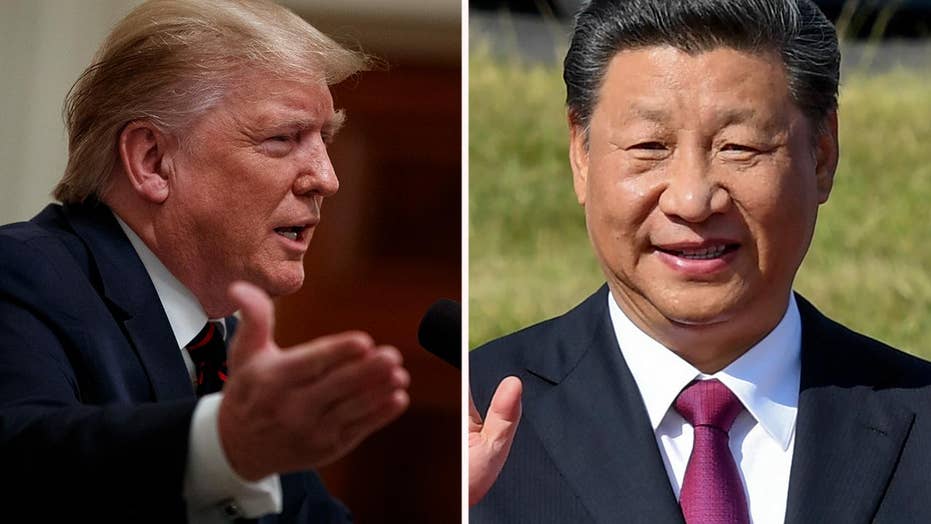 For many decades, Americans thought communist-ruled China would evolve into a free and open system similar to our own. We were completely wrong.

During Xi’s tenure, there has been a significant increase in censorship and mass surveillance, a significant deterioration in human rights, and the removal of term limits for the Chinese presidency.

The Chinese Communist Party has initiated a social credit scoring system, so that Chinese people are constantly monitored and scored based on their lifestyles, party loyalty, and public and private statements.

People who score poorly (according to the Chinese Communist Party) are denied access to public transportation, Internet connectivity, good colleges and schools, and a host of other social institutions. Some who score very poorly may simply disappear.

SEN. MARCO RUBIO: CHINA WANTS TO COMPLETELY SUPPLANT THE US – WE CAN'T ALLOW IT TO HOLD THE WORLD HOSTAGE

The massive prison camps for Uighur Muslims and other non-Han Chinese minorities in the northwestern region of Xinjiang were also instituted under Xi. There are more than 1 million people have been detained in these state-created “re-education camps” in China – yet the world still regards Xi as a legitimate world leader.

China under Xi is also developing an ultra-high-tech police state, wherein powerful cameras and facial recognition artificial intelligence are being utilized to control the Chinese people in ways we had previously only imagined in science fiction.

To some, Xi is considered the most powerful and influential person in the world. To others, he’s a totalitarian dictator.

This is the topic of this week’s episode of Newt’s World. It is the second in a series of episodes I’m doing around the release of my latest book, “Trump vs. China: Facing America’s Greatest Threat.”

In the episode, I speak with two people with deep knowledge of the Chinese totalitarian state, Michael Caster and Dr. Teng Biao.

I hope you will listen to our conversation, because if the United States does not wake up and realize that communist-ruled China is not a friendly neighbor – it may be too late to stop the most powerful totalitarian regime of our time.