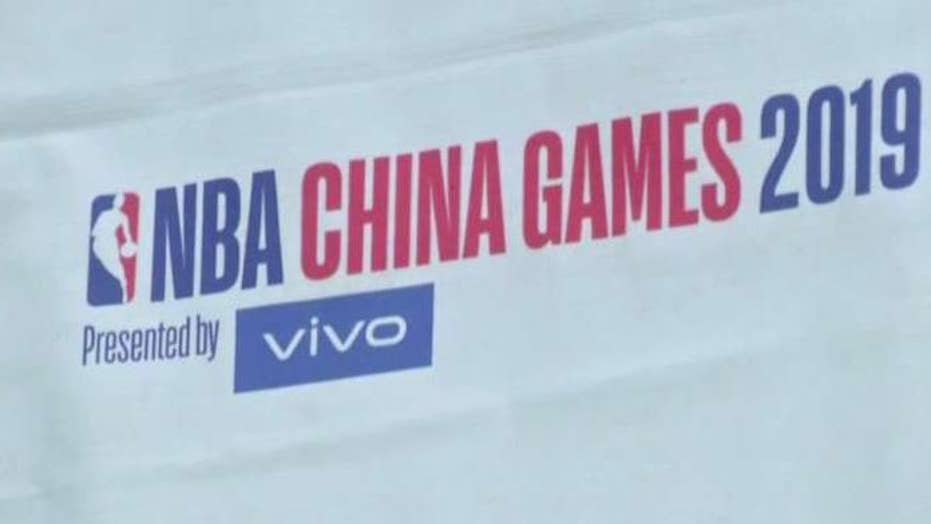 Talk radio host Jeff Crouere says it sad to see the NBA moving in this direction.

China’s aggressive response to the National Basketball Association after one of its members expressed support of democracy in Hong Kong is yet another reminder that the Chinese Communist Party is a totalitarian dictatorship that wants to lessen freedom and bolster its own influence across the globe.

In fact, the NBA is just the latest American organization China has sought to bully into following its party line by weaponizing China’s massive market share.

As I discuss in my upcoming book, "Trump vs. China: Facing America’s Greatest Threat," the Chinese Communist Party has used similar economic tactics with American communication companies, Hollywood and other U.S. industries.

TUCKER CARLSON: 'WOKE' NBA SHOWS THAT CHINA'S FASCISM IS GOOD FOR BUSINESS AND BAD FOR OUR FREEDOM

However, this just one of the ways China has been using (or misusing) economics to weaken its rivals and strengthen itself. On this week’s episode of “Newt’s World,” I discuss what we are calling China’s con game.

For years, Chinese companies – which are traded on U.S. stock exchanges – have been inflating (or completely falsifying) their valuations to entice U.S. investment. I spoke with one guest who described a supposed factory in China that would only turn on the lights when investors came to inspect it.

In another example, a supposedly massive factory operating in China was found to only have 40 employees. The result has been that U.S. investors have poured many millions of dollars into these Chinese companies only to have the businesses turn out to be completely phony – leaving investors out of luck with almost no recourse.

While these companies are traded on U.S. exchanges, many are able to conceal their financials – and ignore other transparency rules that would foil their schemes.

This is not a small number of companies. One of my guests, Dan David – who risked jail to investigate the companies in China – found that 30 out of 30 companies he first investigated were complete shams. The CEOs of these companies would simply keep all the investment capital and keep the scams going as long as they could. Since they are in China, there is no real consequence for stealing from American citizens.

This isn’t simply hotshot investors who are losing their money. Since these companies are traded on U.S. markets, many are included in mutual funds, 401k plans, and other retirement packages held by ordinary Americans.

In many cases, the large banks that are trading these stocks aren’t concerned about the legitimacy of the companies – so long as they keep money flowing. And my guests told me government agencies were all but powerless to stop the thefts.

It was a tremendously eye-opening conversation for me, and I hope you will listen this week and learn about China’s con game.