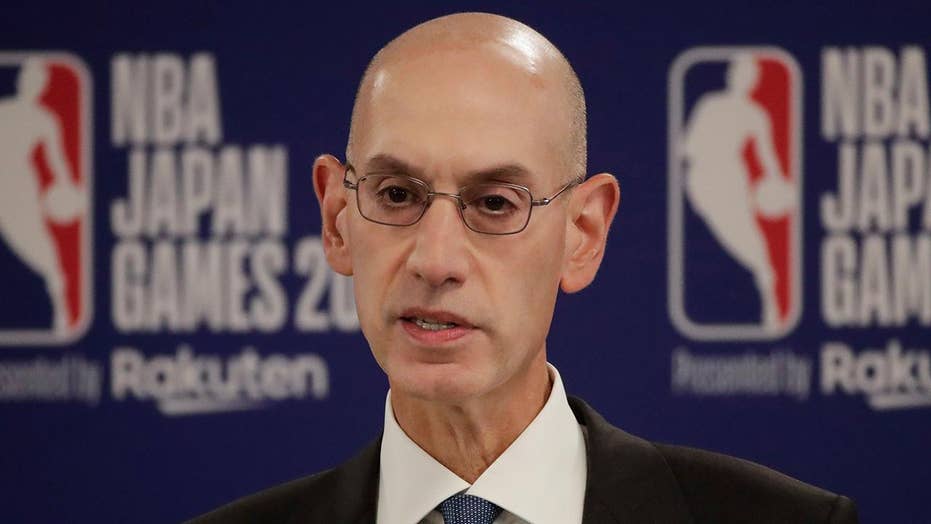 NBA preseason games will not be broadcast in China in response to a tweet from the Houston Rockets GM as NBA Commissioner Adam Silver defends freedom of speech.

Over the past several days, Americans have seen exactly how China uses access to its vast domestic market as leverage to coerce American companies thanks to a now-deleted tweet by Houston Rockets general manager Daryl Morey in support of Hong Kong.

NBA commissioner Adam Silver said last week that the league was “not apologizing for Daryl exercising his freedom of expression,” but the Chinese Communist Party demands total conformity with its worldview.

CCTV, China’s state television broadcaster, could not have been more explicit: “We believe that any remarks that challenge national sovereignty and social stability are not within the scope of freedom of speech.”

As shocking as CCTV’s statement is to most Americans, NBA star LeBron James took a different approach on Monday, saying, “We do have freedom of speech, but there can be a lot of negatives that come with that too.” He assailed Morey’s pro-Hong Kong tweet as “misinformed and not educated.”

Not all athletes agree, but far too many in business with China have made their loyalties crystal clear; and that is par for the course when it comes to dealing with Beijing’s authoritarian regime. It also does not even begin to describe the scope of the threat posed by the Chinese government and Communist Party. 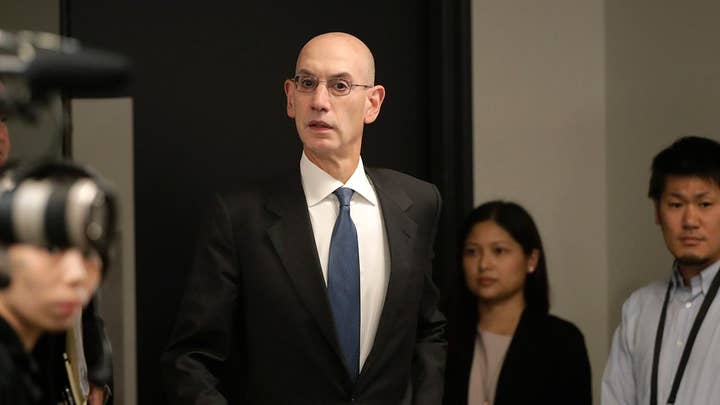 Beijing lures multinational companies to China with the promise of market access in the short-run, but at the cost of long-term success. In March, CNBC reported that one in five North American corporations reported having intellectual property stolen by Chinese companies just in the last year. The extent of China’s theft of American intellectual property is staggering, costing Americans up to $600 billion a year according to the Office of the United States Trade Representative.

Last month, I had the opportunity to visit a major American manufacturer that regularly forms joint ventures with Chinese firms. The company touted its strategic relationship with a Chinese aerospace company that did not have the technical capability to manufacture an essential component.

We must confront the economic threat posed by China and our own economic weakness.

At first glance, this is exactly the type of high value, advanced manufacturing that gives America a competitive advantage over our economic rivals. But the reality is different.

The reality is that the Chinese partner will watch, learn, and master the skills necessary to manufacture that essential component. After that, our American firm will no longer be needed and instead will face competition from its former partner -- competition that will be subsidized by the central government in Beijing. 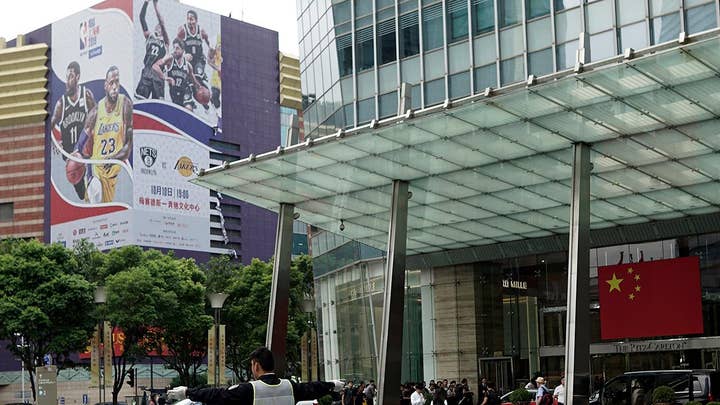 This is not a hypothetical; instead, it is a well-developed playbook that has already allowed China to corner the market on everything from railcars to pharmaceuticals. And it is how China will attempt to dominate the industries of the future like robotics, AI, and advanced manufacturing.

We cannot view these incidents in isolation. We must view Beijing’s bullying on speech, expression and technology as a means to an end: China wants to completely supplant America and other advanced industrial democracies and become the world’s dominant country, economically, militarily, and culturally.

By pursuing short-term Chinese economic integration, many American companies are now complicit in a system that violently suppresses political dissent and normalizes mass incarceration of ethnic and religious minorities, live organ harvesting, and mass surveillance. And they are laying the groundwork for their own demise and America’s fall. They forfeit any claim they might have to a clean conscience for short-term gain. This must end.

Inaction is not an acceptable response. In response to last week’s aggression, we should consider using existing laws and regulations, such as applying statues from the 1970s to counter unsanctioned foreign boycotts, to defend America’s interests and hit back against China’s hostile and coercive actions against U.S. citizens and companies.

Similarly, the Committee on Foreign Investment in the United States (CFIUS) should revisit past examples of China leveraging market access into self-censorship, including in TikTok’s 2014 acquisition of the American social media company Musical.ly.

More broadly, we must confront the economic threat posed by China and our own economic weakness. Unless we act -- policymakers, business leaders, and consumers alike -- we simply embolden the Chinese Communist Party to hold the world hostage when it doesn't get its way. And we condemn our nation to a future in which China sets the rules for our economy, our workers, and our culture.