Dan Bongino: Whatever Biden talks about, he makes ‘worse’

During an interview Saturday on "Fox & Friends Weekend", Dan Bongino argued that when President Biden talks about issues like the U.S. southern border and the Russian invasion of Ukraine, he makes them worse.

DAN BONGINO: I discussed this on my show last week in my 'Build Back Better' thing. Listen, regardless of what the motivations are, what actually has Biden built back better? You can blame Trump all you want, but everything's worse.

And my theory of this is like the quantum physics theory, right? The idea that if you can observe something you can change the nature of it by just observing it. This applies to Biden. Whatever Biden observes and talks about, Biden makes worse.

If he talks about immigration and the border like he did during the campaign, what happens? More people say, 'Hey, let's come in, it's Joe Biden, it's sweet.' He talks about an invasion of eastern Ukraine being a 'minor invasion.' What happens? Putin invades. I'm not kidding. Everything Biden opens his mouth about always gets worse. The very act of him observing it: he screws things up.

It's the one time…everyone cover this: ‘Dan Bongino agrees with Barack Obama.’ Don't underestimate Joe's ability to screw things up. Barack Obama was one hundred percent [right about that]. Maybe the one thing I agree with Barack Obama, we just should've listened to him on that. 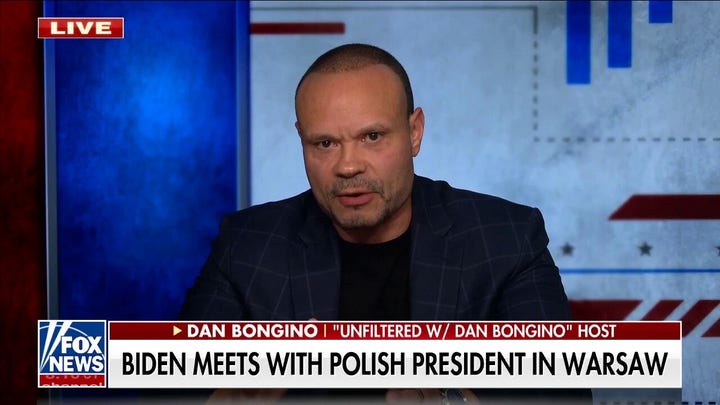