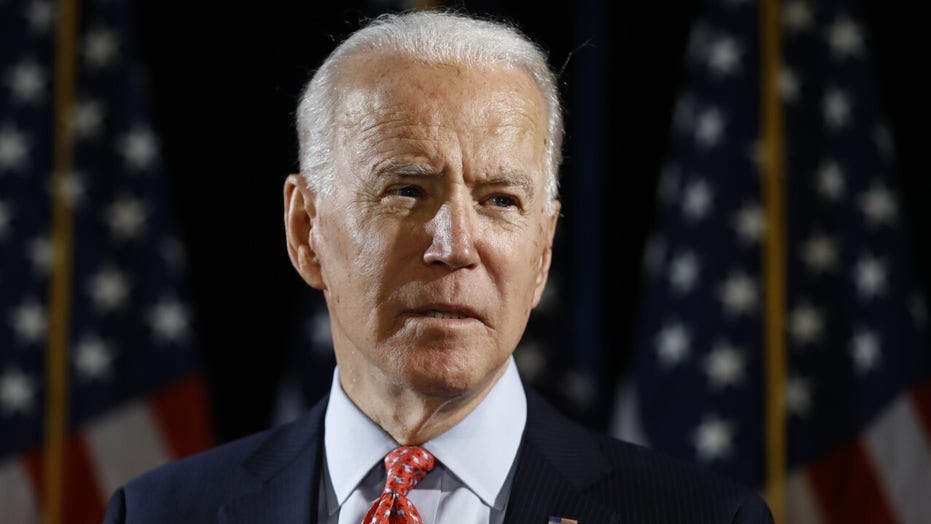 "The Five" co-host Jesse Watters scoffed Monday at the idea put forward by prominent Democrats that Joe Biden must be innocent of a sexual assault claim brought by former Senate staffer Tara Reade because he had been thoroughly vetted by Barack Obama's 2008 campaign prior to becoming the then-Illinois senator's running mate.

"It's funny that they think because Obama vetted Joe, that he's clean," Watters said. "Obama can't vet. I mean, what about Jeremiah Wright? He sat in that guy's pews for 20 years, had no idea he was a racist hater."

Watters then turned to Michigan Gov. Gretchen Whitmer, who told CNN's "State of the Union" Sunday that "just because you're a survivor doesn't mean that every claim is equal. It means we give them the ability to make their case."

"When has Reade gotten to make her case?" he asked. "She hasn't even been invited on a show to do an interview. Joe only made his case once, and a lot of people said it made things worse."

The "Watters' World" host then responded to former Attorney General Eric Holder, who told HBO's "Real Time with Bill Maher Friday that "it's interesting that the people who are trying to fan this [Reade] thing are the very people who support Donald Trump."

"Well, wasn't it interesting that Bill Clinton supporters were fanning the [Brett] Kavanaugh flames [in 2018]?," Watters asked. "And then the DNC chair says, 'Oh, nothing to see here, this is just like the Hillary email scandal.' OK, well, why did Hillary delete 30,000 emails if there wasn't anything to see?

"Speaking of deleting, the Associated Press admitted they interviewed this woman, Reade, last year, spiked the story and then deleted the file. And now, the secretary of the Senate says, 'Oh yeah, you know that complaint that we may or may not have? You can't see it because it's confidential.' So the two places where the complaint could be ... you're not allowed to look into?

"You've got to be kidding me. This thing is not over by a mile," he said.