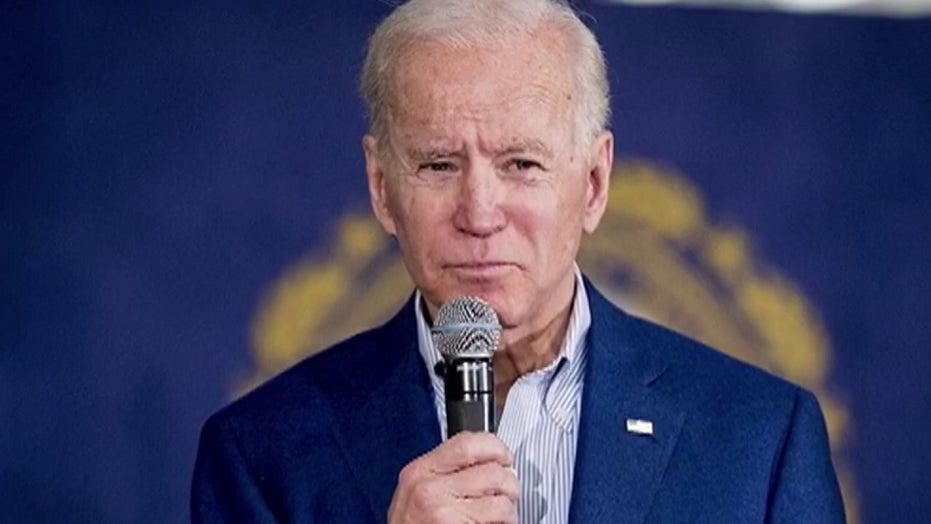 Former Obama adviser David Axelrod said over the weekend that the sexual assault allegation leveled against Joe Biden did not come up in 2008 during the Obama campaign’s vetting process for their eventual vice presidential pick.

Axelrod, who was the chief strategist for the campaign and later a White House senior adviser to former President Barack Obama, said that Biden was carefully vetted before being announced as Obama’s running mate and that nothing surfaced to cause concern, including this.

“Before @JoeBiden was selected VP by @BarackObama, letters for the campaign scoured every aspect of his record, career and life,” Axelrod tweeted this weekend. “Tara Reade or complaints of sexual harassment or assault never came up.”

In an op-ed for CNN late Friday, Axelrod detailed the campaign's "comprehensive vet," which he said "certainly would have turned up any formal complaints filed against Biden during his 36-year career in the Senate."

"It did not," he wrote. "The team would have investigated any salacious rumors of the sort that travel far and wide in Washington. There were none."

"Through that entire process, the name Tara Reade never came up. No formal complaint. No informal chatter. Certainly, no intimation of sexual harassment or assault from her or anyone else. The team of investigators, expert in their work, would not have missed it," he continued. "Reade did not surface her allegations of a criminal sexual assault when Biden was a candidate for president in 2008, nor did she offer them confidentially to the Obama vetting team when Biden emerged as a principal contender for vice president later that year.”

“Had any credible issue been raised, you can be sure Biden would not have been the nominee,” he stated.

“Women who come forward deserve to be taken seriously and treated with respect, and Tara Reade's story should be heard and thoroughly investigated,” Axelrod added. “But it is striking that when an experienced vetting team put Biden under a microscope before he was chosen to be second-in-line for the presidency, neither her allegations, nor anything resembling them in Biden's history, showed up.”

“No, it is not true,” Biden said during an interview Friday with MSNBC’s “Morning Joe.” “I’m saying unequivocally it never, never happened and it didn’t. It never happened.”

Reade, a staffer in then-Senator Biden’s office in 1993, accused him in late March of sexually assaulting her. Her story has changed over time, however.

Last year, Reade claimed Biden put his hands on her shoulders and rubbed his fingers up and down her neck, but was unable to gain traction on her story aside from an article in a local newspaper. Then in March she accused him of assault.

Addressing why she remained silent for so long, she told Fox News that the treatment of Anita Hill during the 1991 confirmation of Supreme Court Associate Justice Clarence Thomas influenced her decision. Two years before Reade says that Biden assaulted her, Hill came forward accusing Thomas, her former supervisor, of sexual harassment amid his Senate confirmation, which was led by then-Senate Judiciary Chairman Biden.

"I really believed Anita Hill and I thought she was treated badly," Reade told Fox News. "I think a lot of women felt the same way ... that were professionals, you know, I was a young professional at the time."

"And I didn’t like the way Joe Biden dealt with her, but I also didn’t like how she was dealt with in general, right? And what it did was that it made us more silent. What it did was show us was, ‘OK, when you try to go up against this, this is basically what you’re gonna face. So it was an example of... a deterrent."