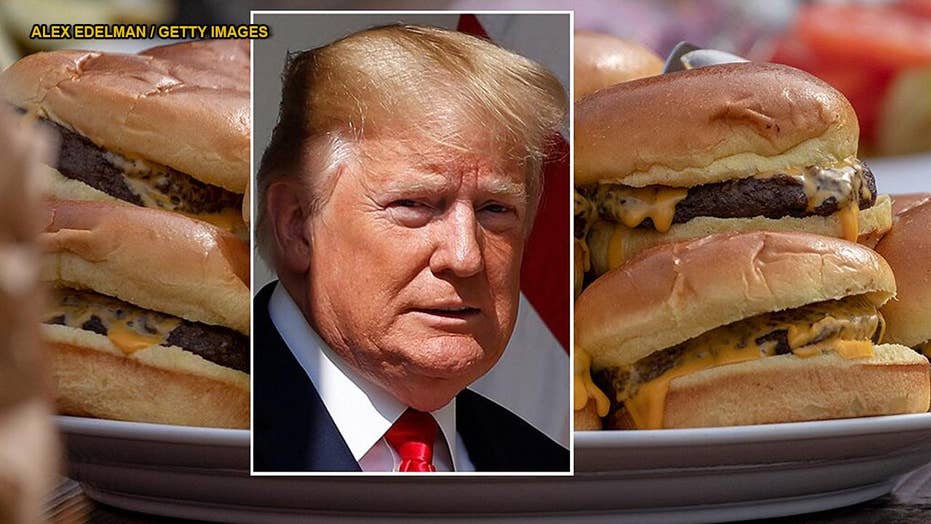 Journalist and cookbook author Deena Prichep has published a story in The Washington Post Magazine, that claims 'one of Trump's favorite foods has a hidden Russian connection.' The article is being ridiculed for trying to tie President Trump to Russia simply because he enjoys hamburgers, which, nearly a century ago, were sometimes served to Soviet Union workers.

The Washington Post Magazine was ridiculed for publishing an online story Tuesday that ties President Trump to Russia because he enjoys hamburgers, which were sometimes served in the Soviet Union nearly a century ago.

Former Press Secretary Sean Spicer famously joked in 2017 that the media would find a “Russian connection” if Trump put Russian dressing on his salad. Two years later, the Post took Spicer’s theory a step further with an article headlined, “Even one of Trump’s favorite foods has a hidden Russia connection.”

The piece, written by journalist and cookbook author Deena Prichep, claims that hamburgers were once “embraced by the hammer and sickle” because they were served in the Soviet Union. The article has been slammed on social media and many readers initially thought it was a joke.

“At first you read this thinking its satire. Then, sadly, it hits you that the Washington Post has gone full-on tinfoil hat conspiracy theory garbage,” political satirist Tim Young told Fox News.

“There's a reason that President Trump chose to serve hamburgers — twice — as an all-American feast for some all-American championship college football players,” Prichep wrote. “But peel back the oil-spattered pages of history, and you’ll find that the sandwich so closely aligned with the stars and stripes was once also embraced by the hammer and sickle.”

Prichep then noted that “like so much about this current administration, even Trump’s beloved hamburgers have surprising ties to Russia.”

A form of hamburgers was sometimes served in the Soviet Union. The Washington Post Magazine pointed out that President Trump also enjoys the tasty treat.

The article then explains that in the 1930s urban Soviet workers needed to be fed, and were sometime provided with the equivalent of a modern hamburger. The Soviets apparently enjoyed the hamburger, as it was produced in mass quantities at a time when meat and protein were in high demand.

Young noted that he “burst out laughing” when he first saw the article attacking one of America’s most popular foods.

The Post article describes the Soviet Union-era burgers as “rounder with tapered ends, like footballs” and served “sans bun,” which makes them remarkably different than the version regularly enjoyed by Americans – meaning one of Trump’s “favorite foods” doesn’t even have the Russians ties the author claims.

“When does this insanity end? First it's the Russian conspiracy hoax and now it's his fast food? These people have become complete lunatics and have lost all credibility,” Young said.

“Your Russia collusion conspiracy theory pieces are my favorite. Thank you for holding on, all evidence to the contrary,” she wrote.