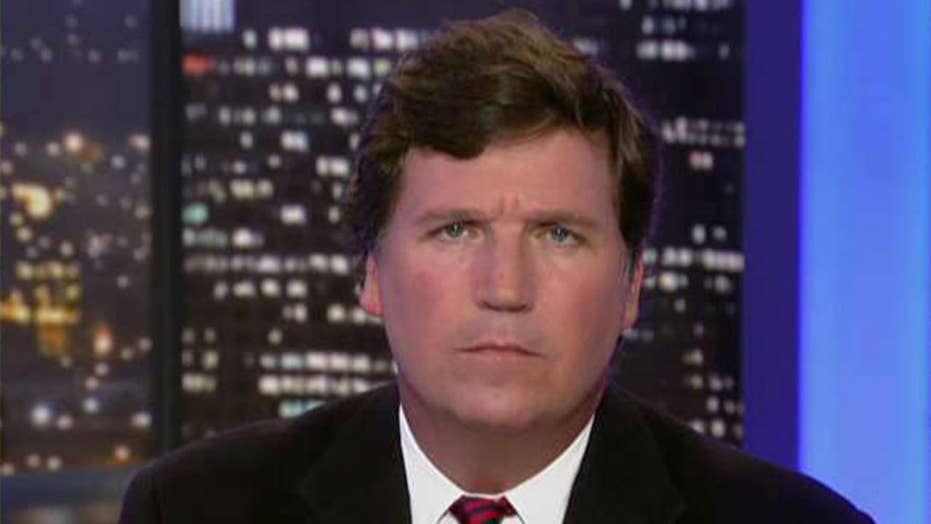 Tucker: Democratic presidential candidates turn on one another ahead of Iowa caucuses

Elizabeth Warren denounces Bernie Sanders as a sexist, claiming the Vermont senator once told that her no woman could win a presidential election.

Sanders and Warren's beef escalated following reports that Sanders told Warren in December 2018 that he did not think a woman could win the White House in 2020.

"And so as she [Warren] hurtles toward Earth, Warren has pulled her reserve chute. She's denouncing Bernie Sanders... wait for it... as a sexist," Carlson said before playing a clip of Sanders from 1988 in which the then-mayor of Burlington, Vt. told an audience: "In my view, a woman can be elected president of the United States."

"So has Bernie Sanders changed his mind about that?" Carlson asked. "Elizabeth Warren claims that he has. The question is, is she telling the truth?"

The host looked at Warren's disputed past, including her claims of having Native American heritage. He also mentioned the Massachusetts senator's repeated campaign trail claim that she was not offered a teaching job because she was pregnant.

"The scenario she described never happened. She made it up. How do we know that?" Carlson asked. "Because Elizabeth Warren herself told a very different story 12 years before."

"I worked, it was in a public school system that I worked with the children with disabilities. And I did that for a year. And then that summer, I actually didn't have the education courses," Warren said in a 2007 interview. "So I was on an emergency certificate it was called and I went back to graduate school and took a couple of courses in education and said, I don't think this is going to work out for me."

"So it turns out they didn't actually wish her luck and fire her for being pregnant," Carlson said. What a fraud. What a liar. What a phony. We can say that conclusively. So could a lot of voters."

Carlson believes Sanders didn't "attack" Warren for being a woman.

"Say what you want about Bernie Sanders. We do regularly. But he probably didn't attack Elizabeth Warren for 'being a woman,'" Carlson said. "There are a lot of reasons not to vote for Bernie Sanders, but you have to be a shallow lifestyle liberal to think sexism is one of them."