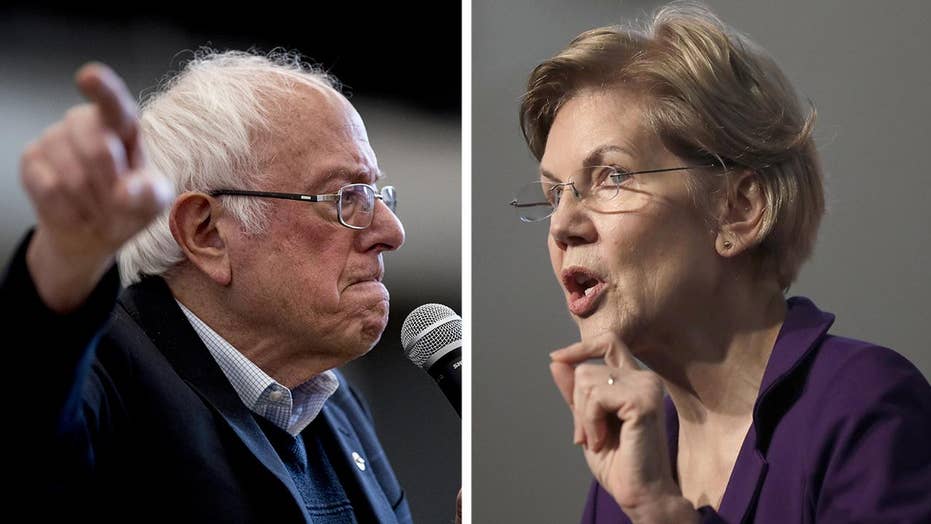 DES MOINES – Just hours before the last Democratic presidential debate leading into the kick-off Iowa caucuses, an ugly political fistfight has broken out between two senators who had abided by a campaign-trail truce – until now.

The tensions between Sens. Bernie Sanders of Vermont and Elizabeth Warren of Massachusetts began to flare over the weekend but truly escalated following reports that Sanders told Warren at a December 2018 meeting that he thought a woman couldn’t win the White House in 2020. Both sides are trading barbs in a nasty fight that has all but smashed the non-aggression pact between the two progressive standard-bearers that dates back over a year.

The salvos between the two contenders and their campaigns bring gender back into the spotlight and open up Sanders to sexism allegations – after the Vermont senator early this cycle survived controversy over claims of sexual harassment by some of his male staffers on his 2016 presidential campaign.

And they come as Sanders has enjoyed a resurgence since suffering a heart attack in October while Warren’s seen slippage in her once-hot poll numbers and fundraising figures. Together, the situation has progressive leaders on edge and pleading for a cease-fire once more between the two candidates.

The ill will kicked off over the weekend, with a Politico report spotlighting a leaked Sanders campaign script for use by volunteers reaching out to voters that highlighted that “people who support her (Warren) are highly educated, more affluent people who are going to show up and vote Democratic no matter what.”

“I was disappointed to hear that Bernie is sending his volunteers out to trash me,” she told reporters. “Bernie knows me and has known me for a long time. He knows who I am, where I come from, what I have worked on and fought for.”

And pointing to the tensions between Sanders supporters and those of 2016 Democratic presidential nominee Hillary Clinton that contributed to GOP nominee Donald Trump’s White House victory, Warren stressed that “Democrats want to win in 2020. We all saw the impact of the factionalism in 2016, and we can’t have a repeat of that. Democrats need to unite our party, and that means pulling in all parts of the Democratic coalition.”

THE POLL POSITION IN IOWA AHEAD OF TONIGHT'S DEBATE

Sanders seemed to downplay the news, calling it “a media blowup that wants conflict." He stressed that “Elizabeth Warren is a very good friend of mine, we have worked in the Senate for years, we will continue to work together, we will debate the issues.” 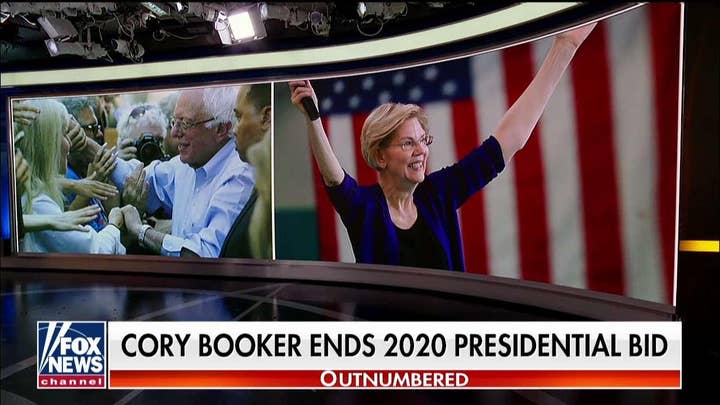 A day later, the tensions between Sanders and Warren went from hot to boiling, after a CNN report that when the two candidates met before the start of the campaign at Warren’s Washington home in December 2018, Sanders told Warren he did not believe a woman could win the race.

"Bernie and I met for more than two hours in December 2018 to discuss the 2020 election, our past work together and our shared goals: beating Donald Trump, taking back our government from the wealthy and well-connected, and building an economy that works for everyone,” Warren said in an eye-popping statement following the report’s release.

“Among the topics that came up was what would happen if Democrats nominated a female candidate. I thought a woman could win; he disagreed," she emphasized.

In response, Sanders charged that some people who weren’t at the December 2018 meeting were lying.

"It is ludicrous to believe that at the same meeting where Elizabeth Warren told me she was going to run for president, I would tell her that a woman couldn’t win," Sanders said earlier, in a statement provided to Fox News.

"It’s sad that, three weeks before the Iowa caucus and a year after that private conversation, staff who weren’t in the room are lying about what happened,” he said.

"It is a lie," he said point-blank when asked the allegation.

Shaun King, a leading Sanders surrogate, took to Twitter to claim he had sources inside Warren’s camp who told him the senator “embellishes” stories.

And on Tuesday, King pointed to a Washington Post report that someone with knowledge of the Sanders-Warren conversation said that the Vermont senator did not say a woman couldn’t win in 2020 but rather that President Trump “would use nefarious tactics against the Democratic nominee.”

Also grabbing attention on Monday -- a tweet of 1988 Sanders quote where he said, “In my view a woman could be elected president of the United States.”

A veteran progressive strategist not currently tied to either campaign who asked to remain anonymous to speak more freely told Fox News the Sanders-Warren fireworks “are dicey stuff to talk about.”

“It cuts to the heart of where I think Bernie is vulnerable on the Democratic left,” the strategist said. “It’s always been there. There’s always been this feeling that he’s somewhat of a chauvinistic kind of guy.”

The strategist called the Sanders campaign’s response to the controversy a “massive overreaction.”

“They’re disregarding the first rule of primary politics in a crowded field, which is don’t screw around in the mud because you will get dirty,” the strategist noted.

Progressive leaders are calling for a ceasefire.

The Progressive Change Campaign Committee, which is closely tied to Warren’s campaign, urged both sides to take a breath.

The group said that a "back-and-forth about this private meeting is counter-productive for progressives.”

But they added "that sexism is real and it has played a huge role in this campaign. We also believe that women can win and will win in 2020.”

And the progressive group Democracy for America tweeted that “@BernieSanders and @ewarren, you both are progressive champs & our movement needs to see you working together to defeat your corporate Dem opponents — not attack each other.”

Warren said in her statement Monday that "I have no interest in discussing this private meeting any further because Bernie and I have far more in common than our differences on punditry.”

But with the debate just hours away and the kick-off of the nomination calendar less than three weeks away, both candidates are sure to be asked about that fateful meeting back in December 2018.