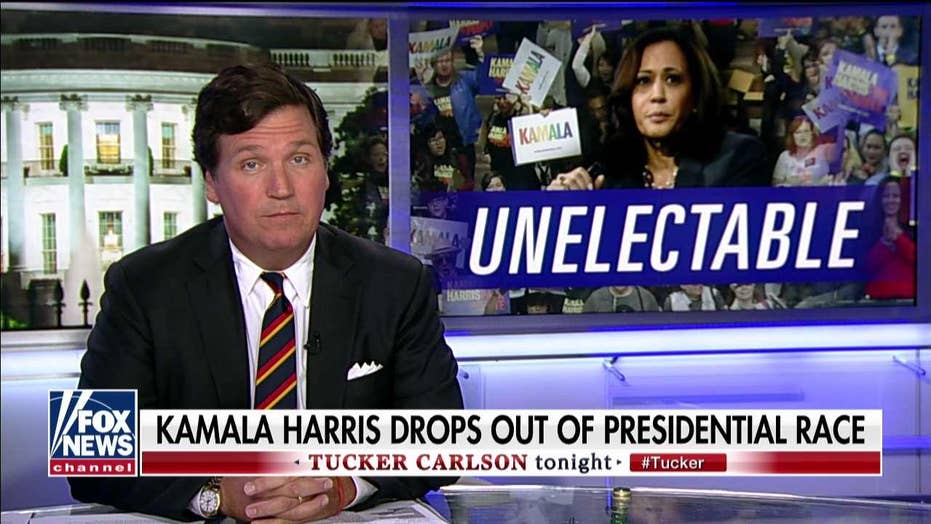 Tucker Carlson looked back on Sen. Kamala Harris', D-Calif., 2020 presidential campaign Tuesday, calling it proof that the mainstream media can sell the public almost anything, at least for a little while.

During his opening monologue on "Tucker Carlson Tonight," the host posited that Harris' bid to unseat President Trump was, "for a brief, but electric moment, the single most profound and transformative -- if entirely scripted and corporate -- political movement in the history of this country."

He pointed to numerous political pundits and cable news hosts who heralded Harris' campaign, which kicked off in January with a large rally in Oakland.

Washington Post columnist E.J. Dionne said at the time that Harris sounded like former President Barack Obama, while CNN's Kyung Lah claimed Harris "wants to speak truth and to defend the America she says she knows and believes in." 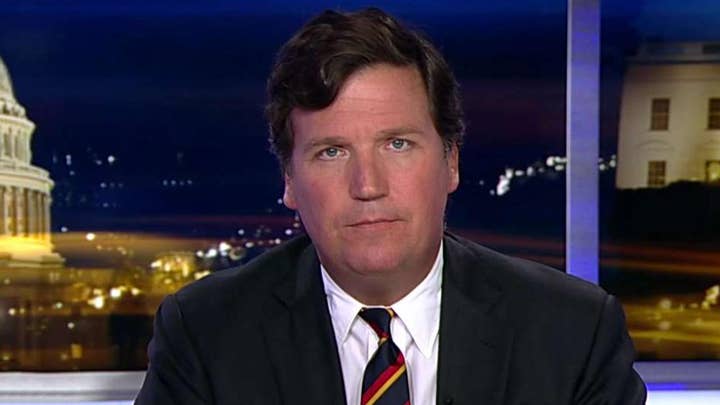 MSNBC host Lawrence O'Donnell had called Harris "one of the top-tier candidates" and his colleague Chris Matthews claimed Trump "must be envious as hell" of her rally crowds.

To those and other commentators, Carlson said their comments are "a measure of the media's ability -- at least in the short term -- to sell almost anything, even something as synthetic ... as the Kamala Harris For President campaign.

Carlson noted that, early in the race, Harris appeared to dominate a debate via a viral exchange with former Vice President Joe Biden. The former Delaware senator had recently discussed his work with segregationist former Sens. James Eastland, D-Miss., and Herman Talmadge, D-Ga. In 1975, Biden had worked with the late Sen. Jesse Helms, R-N.C., on an anti-busing measure.

During that debate, Harris told Biden she had been a student at a then-recently-integrated school and had depended on busing.

In the wake of the exchange, Carlson said, Harris enjoyed a fleeting spike in support.

"But soon, it evaporated. Voters realized that making Joe Biden look bad isn't actually much of an accomplishment -- it's not that hard," he said.

During his monologue, Carlson added that Harris had blamed her campaign woes on the "elephant in the room" -- in that American may not be ready for "a woman, and a woman of color, to be president of the United States."

"Joe Biden, who is white, is getting far more support from black voters than Kamala Harris ever did -- so that means that America is racist? How exactly does that work?" the host asked.