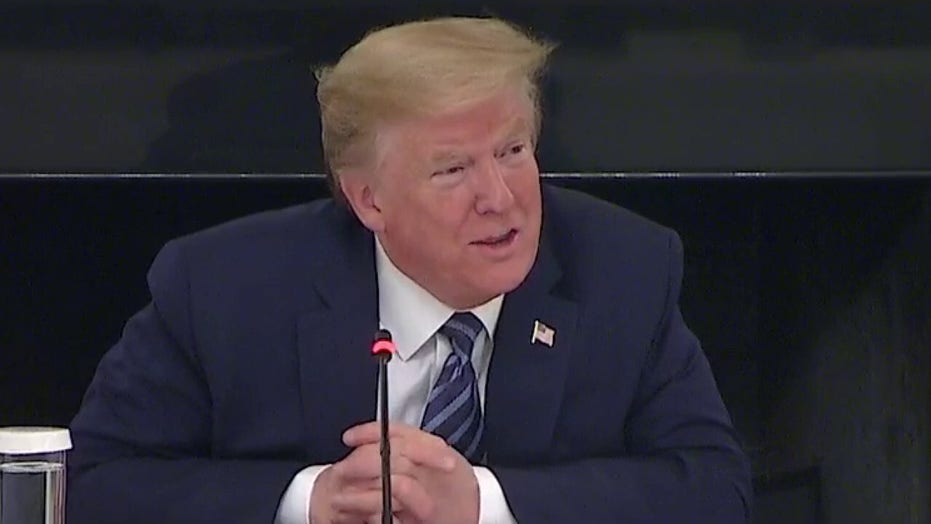 Trump compliments Jon Karl on new book: ‘Very good, better than I thought it would be’

President Trump, during a meeting with Republican members of Congress, congratulates ABC News reporter Jon Karl on his new book ‘Front Row at the Trump Show.’

President Trump offered some unexpected praise Friday for a reporter he's clashed with and has described as "third rate."

"Your book was very good, by the way," Trump told ABC correspondent Jon Karl while speaking in the White House. “It was better about me than I thought it would be. I appreciate it," Trump added.

In April, Karl released his book, "Front Row at the Trump Show," which details his time reporting on Trump both as a candidate and president. "I didn't see this coming," Karl tweeted, referring to Trump's praise.

Trump's praise came after he called Karl a "third rate" reporter during a tense exchange on the coronavirus pandemic.

Karl had asked the president about an inspector general report raising concerns about the government's response to the coronavirus.

Trump pressed Karl on when the inspector general, Christi Grimm, was appointed. When Karl mentioned that she served in former President Obama's administration, Trump went off on Karl, accusing him of concealing information important to the question.

Trump similarly criticized Karl during a signing ceremony for anti-trafficking legislation in January. He said if Karl were in his position, he "would never get anything done."

But Karl previously said he believes Trump's hostility toward the media is "part of a show."

In an interview with Mediaite, Karl said he doesn't take offense to Trump's shots at news reporters. Trump often lashes out at the press for questions he deems unfair, no matter the legitimacy.

"He is thin-skinned," Karl said. "He genuinely loses his temper. But he also loves to make the news media the primary villain in his ongoing reality show."

Karl added that Trump "praises me to his friends and then he’ll come out right after and blast me in front of the cameras. I know for a fact he does this with Maggie Haberman," he said, referring to The New York Times correspondent.