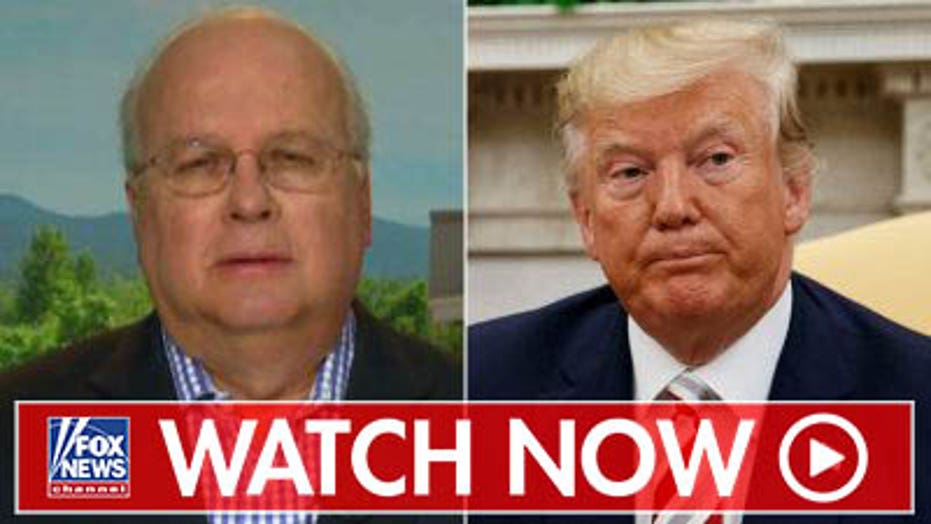 President Trump should, if he so desired, use his executive power to boost the economy because the House of Representatives will not be a fair negotiating partner, according to Karl Rove.

"With a Democratic House bent upon impeaching the president – let's not kid ourselves, the announcement yesterday by the number four-ranking Democrat in the House leadership that he's in favor of impeachment – who thinks a proposal to cut taxes from the administration would get a fair hearing or any hearing?" he asked.

"So, [it's] better for the president to think about the things that he can do to help strengthen people's confidence in the economy and administrative actions he can take that can add to our prosperity."

The Manhattan lawmaker "declar[ed] we don't care whether we've got a resolution in the House empowering us to move forward on our impeachment investigation," Rove claimed.

Speaking to the media before a meeting with Romanian President Klaus Iohannis in the Oval Office, Trump called warnings that the country may be heading into a recession “inappropriate” and noted that a possible cut in payroll taxes was something he had been considering for a long time.

“Payroll taxes are something we think about all the time and a lot of people would like that,” Trump said.

He was responding to reports that the White House is in the early stages of internal discussions about a potential payroll tax cut as one of a number of possible measures to boost the economy. Sources said Monday that while some Trump administration staffers have discussed a temporary payroll tax cut, talks have remained at the staff level.

On Tuesday, Trump suggested the idea has been an option for a while — but was unclear about how seriously it's being considered and argued the recession warnings in the media are not a driving factor.

“I’ve been thinking about payroll taxes for a long time. Whether or not we do it now or not … it’s not being done because of recession,” he said.