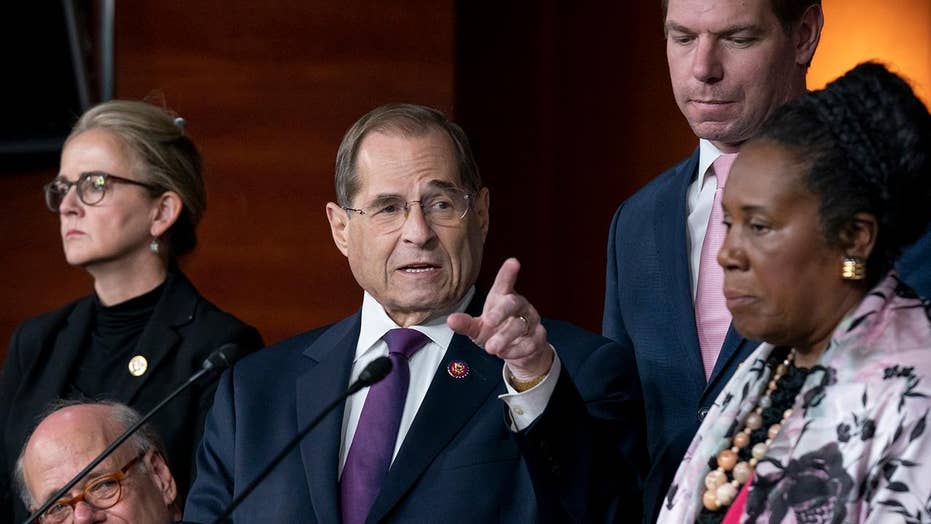 Assistant House Speaker Ben Ray Luján, D-N.M., on Monday became the highest-ranking Democrat in the House to support moving forward with impeachment proceedings against President Trump, claiming Trump is “abdicating his responsibility to defend our nation from Russian attacks.”

With this, Luján, the House's fourth-ranking Democrat, breaks with House Speaker Nancy Pelosi’s long-held position of not pursuing impeachment.

“I support moving forward with an impeachment inquiry, which will continue to uncover the facts for the American people and hold this president accountable,” Luján said in a statement. “This is not a position I've reached lightly.”

The congressman from New Mexico cited Trump’s response to Russian interference in the 2016 election and threats of a repeat attack in 2020 as contributing factors.

“Numerous experts have warned that these attacks are ongoing to this day. And when faced with this evidence from his own government, President Trump has failed to act," Luján said. "Not only has he ignored the warnings that our Democracy is being targeted, but he has also actively encouraged Russian interference."

Luján is one of 125 House Democrats to publicly support an impeachment investigation of Trump, in light of the findings of former special counsel Robert Mueller’s Russia investigation, as detailed in his report. One independent, Michigan Rep. Justin Amash, has also supported an impeachment probe.

Luján’s statement expressed support for “moving forward with an impeachment inquiry,” even though House Judiciary Committee Chairman Jerrold Nadler, D-N.Y., insisted that one was already underway after he filed a court petition seeking secret grand jury material from the Russia probe. Rep. Ted Deutsch, D-Fla., went so far as to claim in an Aug. 1 piece for the South Florida Sun-Sentinel that an impeachment inquiry has been going on since March 4.

Republicans including House Judiciary Committee ranking member Doug Collins, meanwhile, insist that it is impossible for there to be any impeachment inquiry without the full House authorizing one with a vote. Some Democrats insisted that such a vote is unnecessary, claiming an investigation is inherent in the House’s constitutional impeachment power. Deutsch pointed to the broad powers enjoyed by congressional committees.

Whether or not the existing House effort is officially considered an impeachment investigation is more than mere semantics. In order for Nadler to obtain the secret grand jury material from Mueller's investigation, he must show that his situation falls under one of the specified situations outlined by the Federal Rules of Criminal Procedure. During the investigation of President Richard Nixon, a court ruling determined that impeachment investigations fall under the category of "judicial proceeding," and thus qualify for the disclosure of the secret information.