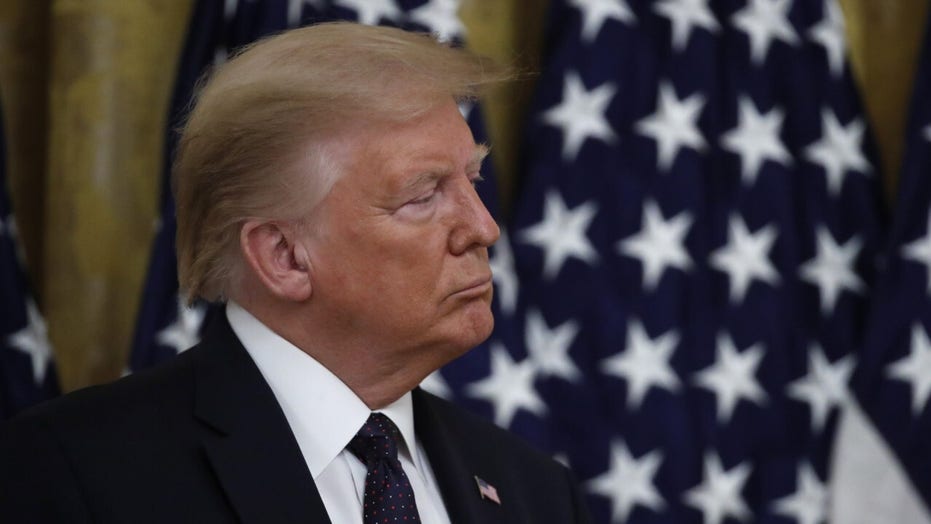 President Trump declared during an exclusive interview with "Hannity" Wednesday that the coronavirus is "fading away" as states continue to reopen and the president prepares for his first reelection campaign rally in months.

"It's going to fade away but having a vaccine would be really nice and that's going to happen."

Trump's comments came three days ahead of a planned campaign rally in Tulsa. Oklahoma was one of six states to report record increases in the number of coronavirus cases Tuesday, along with Arizona, Florida, Nevada, Oregon and Texas.

Later in the interview, Trump said that while the planned rally has drawn criticism over the apparent risk of spreading the virus, "nobody complained" about the risk posted by large urban protests in recent weeks following the death of George Floyd in Minneapolis police custody.

The president added that he had spoken with Oklahoma Gov. Kevin Stitt and claimed the people of the state were "so excited about it [the rally] ... you have no idea. And we have had so many sign-ups, you know, there are lines of people now and we won't be there for three days.

"They have lines of people right now trying to get into the arena. I mean, they'll be there. They'll be early."

Trump told Hannity that his administration was working closely with governors to supply the states "with what they need," but vowed to keep the country open as local leaders work to contain the recent surge.

"We are in great shape to put out -- I used to call them the embers of the flames, they flare up in certain areas -- but we will put them out very quickly and we won't be closing the country again," Trump said.