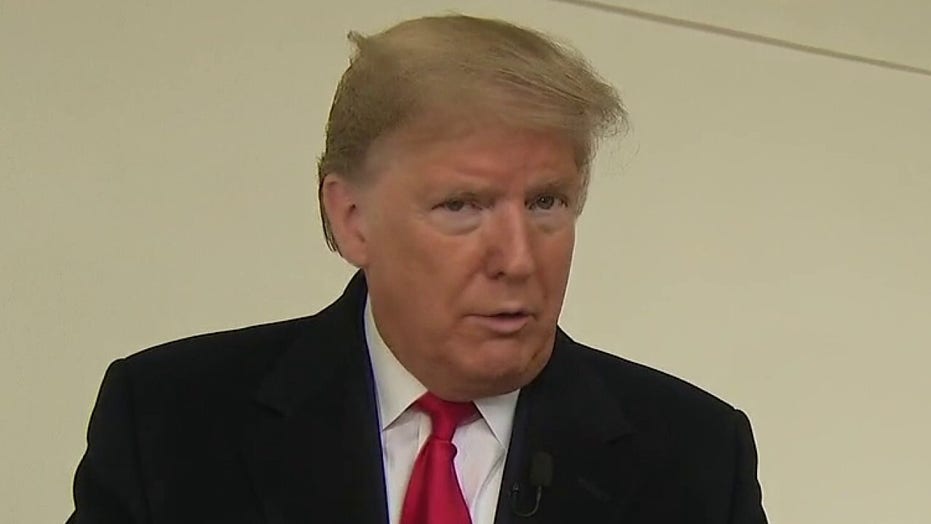 President Trump speaks with Bill Hemmer about the coronavirus pandemic.

President Trump told Fox News' Bill Hemmer Tuesday that state governors have the responsibility of purchasing vital medical supplies in the event of a pandemic, but added that the federal government will be "here to help them."

Trump singled out California Gov. Gavin Newsom -- a frequent political opponent -- for being "very very gracious" in his public comments and being someone who "gets what we're doing." 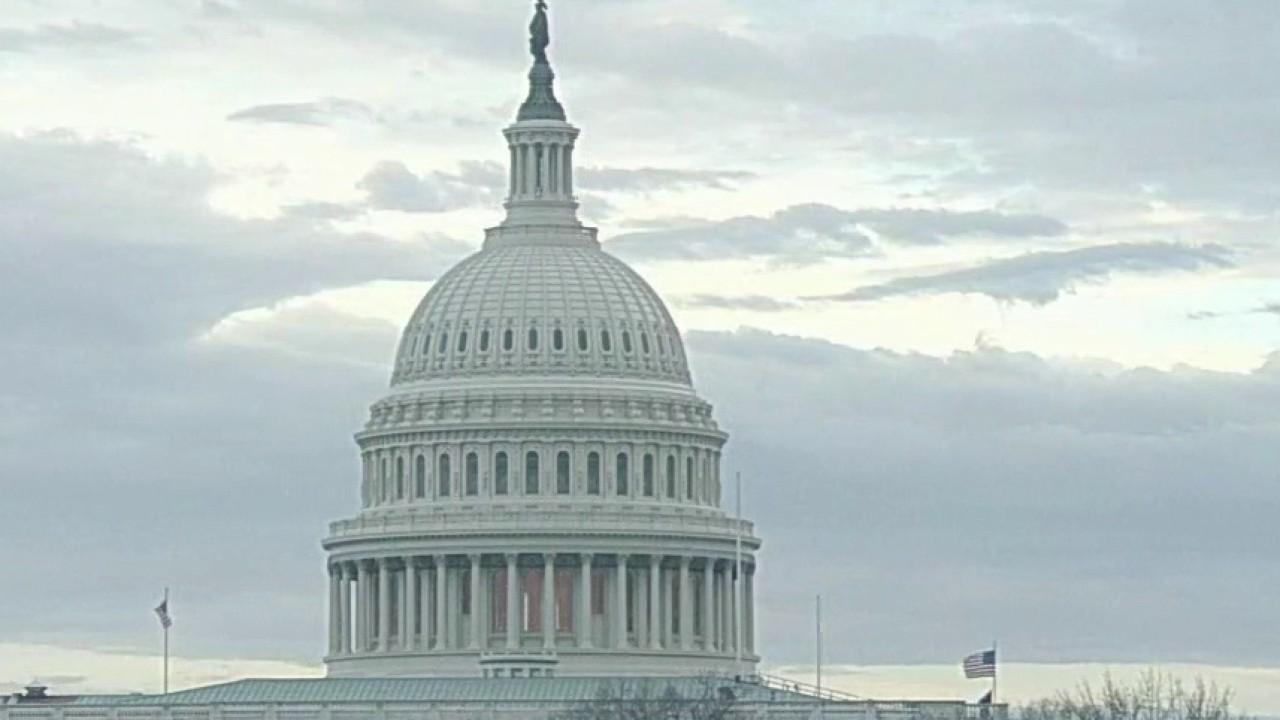 Trump also addressed his statement in a virtual Fox News town hall earlier in the day that he "would love to have the country opened up and just raring to go by Easter," which falls this year on April 12.

"Look, Easter is a very special day for me," Trump told Hemmer. " ... And I say, wouldn't it be great to have all of the churches full? You know, the churches aren't allowed, essentially, to have much of a congregation there. And most of them -- I watched [services] on Sunday online and it was terrific, by the way. But online is never going to be like being there. So I think Easter Sunday, and you'll have packed churches all over our country, I think would be a beautiful time."

Trump also discussed the latest coronavirus relief package being debated in Congress, telling Hemmer that having companies who receive loans pay back the Treasury with stock would be a "great deal" for the American people.

The president said that companies who need loans are in a fiscal mess that is no fault of their own.

"It's going to be loans to these great companies that all of a sudden, for the first time in years, needed loans because of this tragedy, because of what happened -- you know, the unseen enemy." Trump said.

The Senate bill, which Sens Charles Schumer, D-N.Y., and Mitch McConnell, R-Ky., hope to compromise on by the end of Tuesday, would need House approval to reach Trump's desk.

A House relief bill engineered by Speaker Nancy Pelosi, D-Calif., has been lambasted by Republicans for being filled with "pork" for entities such as the Kennedy Center for the Performing Arts in Washington, Green New Deal-type provisions and "diversity" regulations for corporations taking public monies.

SEN. JOHN KENNEDY BLASTS DEMOCRATS ON SPENDING BILL: SOME OF MY COLLEAGUES ARE ACTING LIKE 'A-HOLES' 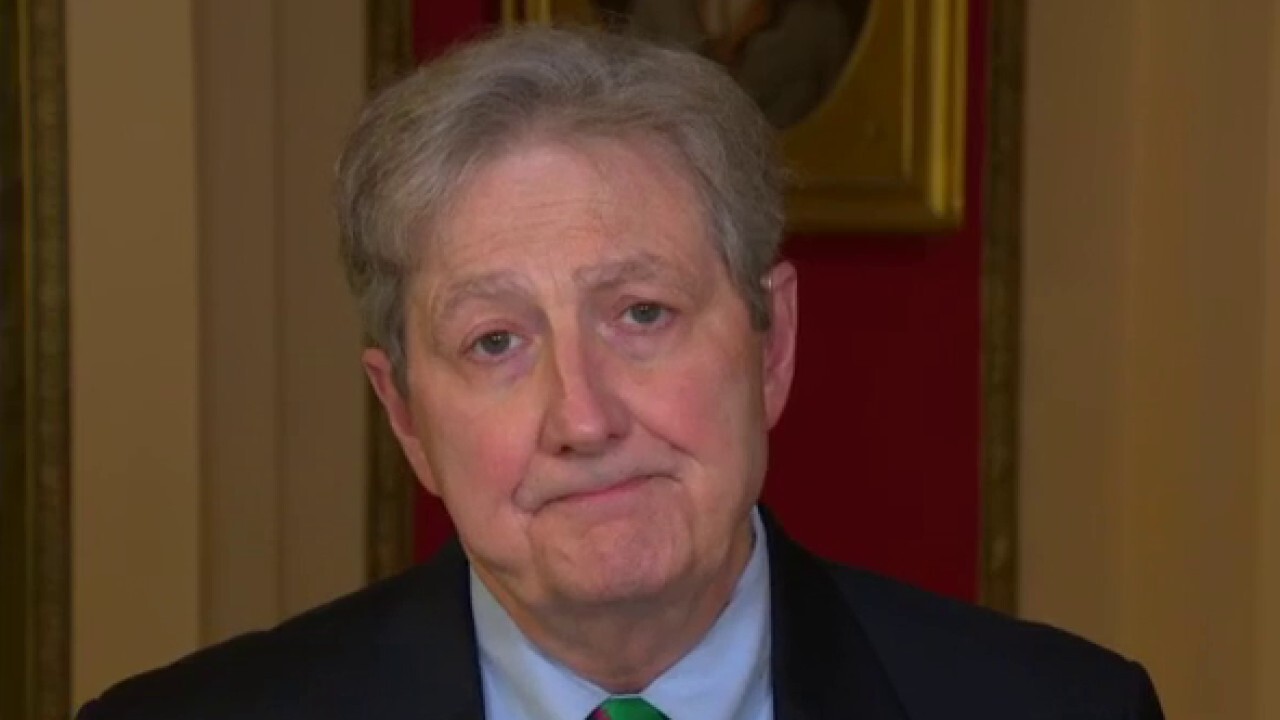 Manchin said in his remarks that there appears to be "very little oversight" on where some of the funding will go.

"It looks like things are weighted toward the Wall Street/corporate side," Manchin said. "This comes down to ... can we rise to the occasion?"

Manchin, however, added in his remarks that he is in no way supportive of the "Green New Deal"-type provisions in the House Democrats' bill.

"I think you all know that -- I think we all have to have common sense," he said.

Trump said the Senate bill is "loaded to save corporations,"

The president also commented on blowback he's received for calling coronavirus the "Chinese Virus," saying he is shifting away from using the term, but does not regret employing the phrase.

The president noted that most virus names come from the areas where they originated, like the Ebola River in Africa or the towns of Lyme and Old Lyme, Conn.

You take our wonderful place in Connecticut, Trump said. "I'm sure they're not thrilled about the Lyme disease, right? But they do name it after places and it came from China."