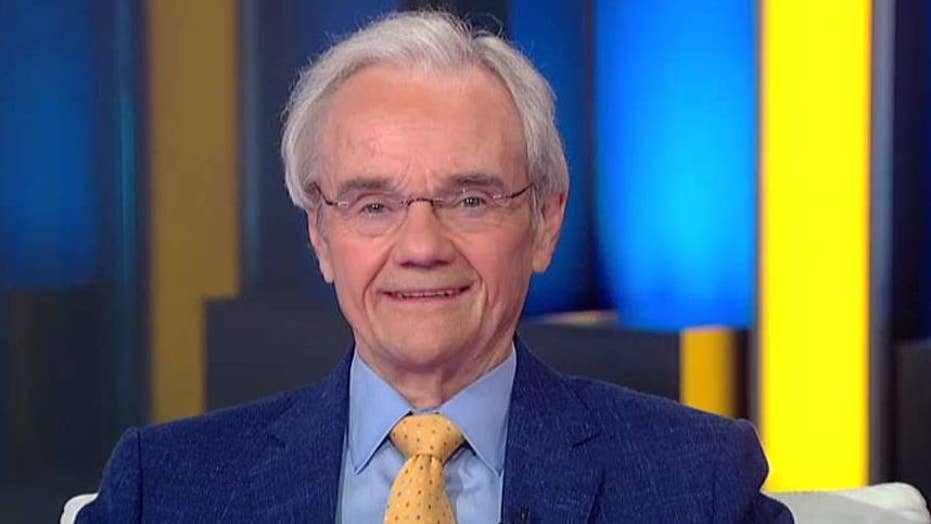 President Trump ripped into The New York Times on Twitter Tuesday while he promoted one of its critics and created his own version of its historic slogan.

"ALL THE NEWS THAT’S NOT FIT TO PRINT!" Trump said, playing off of the Times' "All the News That's Fit to Print."

Trump went on to quote New York Post columnist Michael Goodwin's appearance on "Fox & Friends," during which Goodwin blasted the Times for its decision to change a headline that reported on Trump's response to two mass shootings in August.

Amid criticism over the original headline -- "TRUMP URGES UNITY VS. RACISM" -- the paper changed it.

During that speech, Trump denounced white supremacy and called on the nation to "set destructive partisanship aside -- so destructive -- and find the courage to answer hatred with unity, devotion and love."

But according to The Times, the headline was "bad." “It was written on deadline and when it was passed along for approval we all saw it was a bad headline and changed it pretty quickly,” Times Executive Editor Dean Baquet reportedly said.

Goodwin told "Fox & Friends" that the paper had created a "monster" that fed people Trump hatred.

"The Times has created a monster in that it has to give its readers a daily dose of 'hate Trump.' And if you don't, if you drop the ball on one headline, they will come after you because this is now what they expect of the New York Times," he said.

Goodwin also had his own take on the Times slogan: "It's all the news that fits their agenda, is what they print."