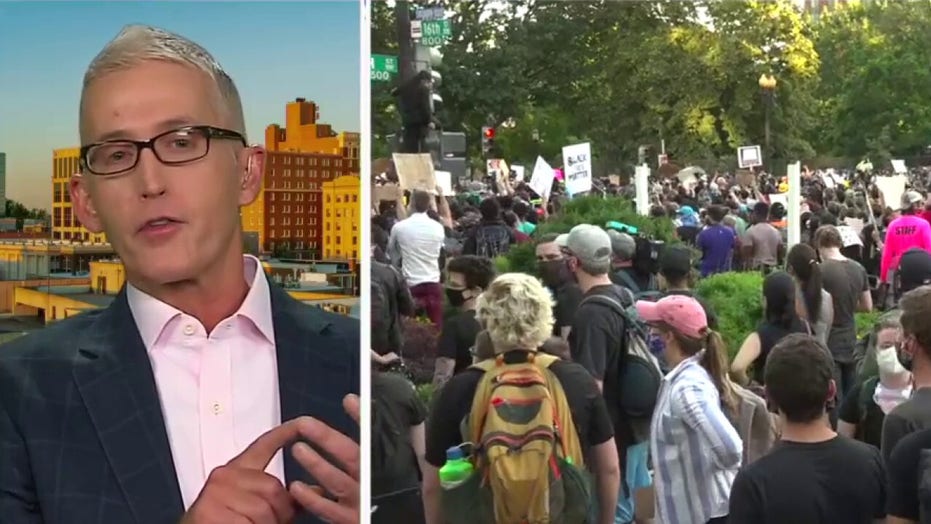 Trey Gowdy: The government should maintain public safety by any means necessary

What good is liberty if you're afraid to leave the house, says Fox News contributor Trey Gowdy, former chair of the House Oversight Committee and former federal prosecutor.

"I think we'd all be better off if we follow the teachings of Christ and did not involve him in partisan politics," Gowdy said. "I'm almost positive he wasn't in America ...

"So if you want to do something that that honors the Bible and honors church, follow the teachings of Christ," Gowdy added. "... It's tough to run a police department turning your other cheek, but it's good advice for us as we interact with our fellow citizens."

After making brief remarks in the White House Rose Garden, Trump walked to the Episcopal church through Lafayette Park, where police had just dispersed a crowd of protesters. Trump stood in front of the church and held up a Bible, apparently posing for a photograph.

MacCallum asked Gowdy if he was implying that Trump was not acting as a peacemaker.

"I'm just talking about our country in general," Gowdy clarified. "I am really reluctant to talk to you to pick a verse here or there and yonder to try to support a political position. If you're going to follow the teachings of Christ, follow all of them. Don't pick and choose the ones that are most helpful to you on that particular occasion."

Gowdy also commented on the rioters and looters who have marred nationwide protests, following the death of George Floyd.

"You can have all the liberty in the world theoretically. But if you're afraid to leave your house, if you're afraid to go to public places because of a small subset of our fellow citizens who are lawless, then what good is any liberty?" Gowdy said. "I'm going to quote Malcolm X, which I usually don't get a chance to do very often, 'by any means necessary.' That's how you keep the public safety."