Tom Fitton on FBI bias in Hunter Biden probe: This is a scandal

Judicial Watch President Tom Fitton said on ‘Fox & Friends First’ Friday the FBI has been purposely undermining the Hunter Biden investigation and claims there is clear liberal bias within the bureau.

TOM FITTON: What we need is a criminal investigation of the investigation of Hunter Biden, an investigation, by the way, which necessarily implicates and involves his father. This goes back to October 2020. The FBI again, is burying information, about Hunter Biden using the same type of language that Democrats and outside supporters of Joe Biden were using to try to dismiss the allegations. And also, according to the whistleblowers, it looks like they were working with or allied with Democrats in Congress who are trying to blow up Senator Grassley's and Senator Johnson's investigation of Hunter Biden, which highlighted that Hunter had gotten millions of dollars from the widow of a Russian oligarch. So I don't understand why it is still, three years after they got the laptop in December of 2019, reportedly, they're still agonizing over whether to prosecute Hunter Biden. And I think it's because it implicates the president. 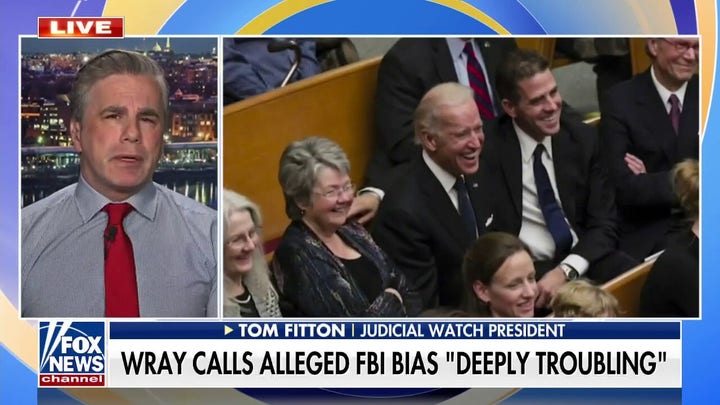