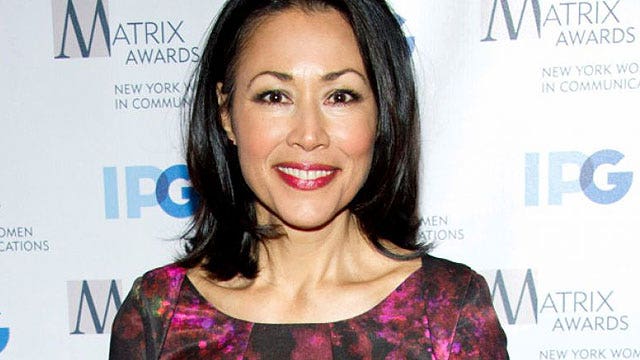 Former “Today” co-anchor Ann Curry remains unclear as to why she was fired eight years after NBC News showed her the door.

“I still don’t really understand,” Curry told Elle magazine. “I know I did nothing wrong. I know I was good at my job."

ANN CURRY, MATT LAUER TAKE SHOTS BACK AND FORTH AS SHE CLAIMS SHE REPORTED HIM TO NBC IN 2012

Curry, who was a fan favorite on NBC’s flagship morning show alongside now-disgraced former co-host Matt Lauer before an awkward, teary on-air goodbye in 2012 became an infamous sore spot for the prestigious "Today" franchise.

After being removed from “Today,” she stuck around NBC for another three years as a reporter but was rarely used by the network.

Curry’s departure was plagued with rumors that Lauer wasn’t her biggest fan, but he was dismissed for inappropriate sexual behavior in 2017.

“They say where there’s smoke, there’s fire... you can read the tea leaves. But you know, I’m a fact-based reporter, so it’s hard for me to go out there, with something so close to the vest. I don’t know. I don’t know,” Curry told the magazine when asked about her dismissal.

Curry's time at "Today" was described as "professional torture" in a 2013 story in New York Times Magazine. It detailed that Curry complained to friends that male co-workers were intentionally mean to her and compared her to "Big Bird" simply because she wore a yellow dress. "Today" executives reportedly referred to the plot to remove Curry as "Operation Bambi."

Elle magazine’s Carrie Battan wrote about the exchange between Curry and Lauer that occurred on-air when she informed viewers she was finished co-hosting “Today.”

“At the end of the farewell, Lauer leaned over to kiss Curry on the side of the head, and she flinched, shrinking away from her colleague’s embrace—a fitting goodbye to a relationship that had long felt unnatural,” Battan wrote.

“It would take another half-decade for viewers to comprehend the complexity of her goodbye. In 2017, Lauer was fired after a female colleague accused him of inappropriate sexual behavior,” Battan added. “Curry was revealed as one of the few powerful NBC employees who weren’t trying to protect Lauer.”

Curry told the Washington Post in 2018 that she reported a coworker's claim of sexual harassment to NBC against Lauer in 2012.

While NBC’s “Today” now has new co-hosts and leadership, Curry is still hurt by her sudden exit.

“It honestly hurts really deeply, because I really think I did nothing wrong. But in spite of the pain of it, which still lingers, I know that I contributed to some people suffering less,” Curry told Elle.

NBC News declined to respond to a request for comment.