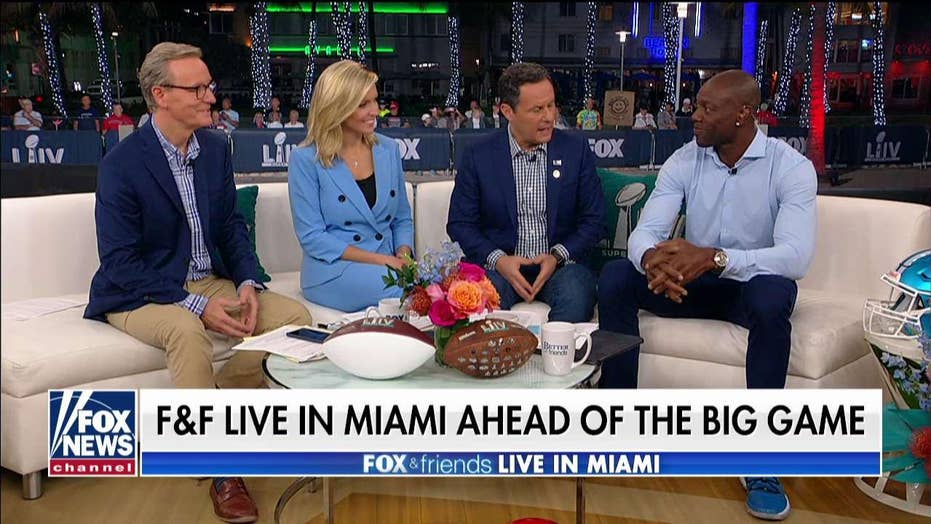 Terrell Owens on Superbowl LIV: Torn on who to root for

Legendary wide receiver Terrell Owens said Friday that he is "torn" on who to root for in Super Bowl LIV.

Appearing on the "Fox & Friends" couch in Miami with hosts Steve Doocy, Ainsley Earhardt, and Brian Kilmeade, Owens said that the decision is going to be tough for him.

"I played eight years with the San Francisco 49ers and I went to the Super Bowl with Andy Reid and the Philadelphia Eagles. So, I'm a bit torn," said Owens.

In his career, Owens had 1,000 career receptions, 150 touchdowns, and is now enshrined in the Hall of Fame. He played in one Super Bowl in his career as a member of the Eagles, turning in a memorable 122-yard performance in a 24-21 loss to New England in Super Bowl XXXIX.

SUPER BOWL LIV TIME, DATE, AND EVERYTHING YOU NEED TO KNOW ABOUT THE GAME

The Kansas City Chiefs will meet the San Francisco 49ers in Super Bowl LIV and the game will be broadcast on FOX.

The teams will compete for the coveted Vince Lombardi Trophy in Miami Gardens, Fla. at Hard Rock Stadium -- the home of the Miami Dolphins. 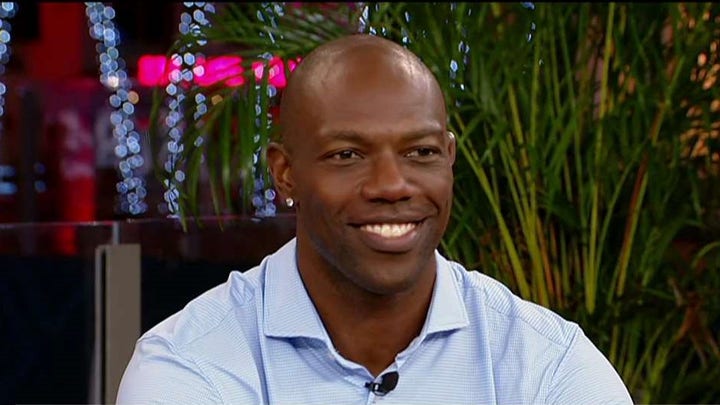 "Andy Reid: he's going to be prepared. I know how he is -- very cerebral mind especially when it comes to offensive guys and he has a bunch of weapons on the offensive side of the ball starting with Patrick Mahomes. Then you think about the receivers. The dynamic guy: Tyreek Hill and the other guys: Kelsey, Sammy Watkins," said Owens. "So, the 49ers defense -- they know that they have a tough task at hand."

"It's awesome just for the city of San Francisco," he told the "Friends" hosts. "You see the fans that are out here. But yeah, it's going to be a great environment. I think everybody is looking forward to this game."