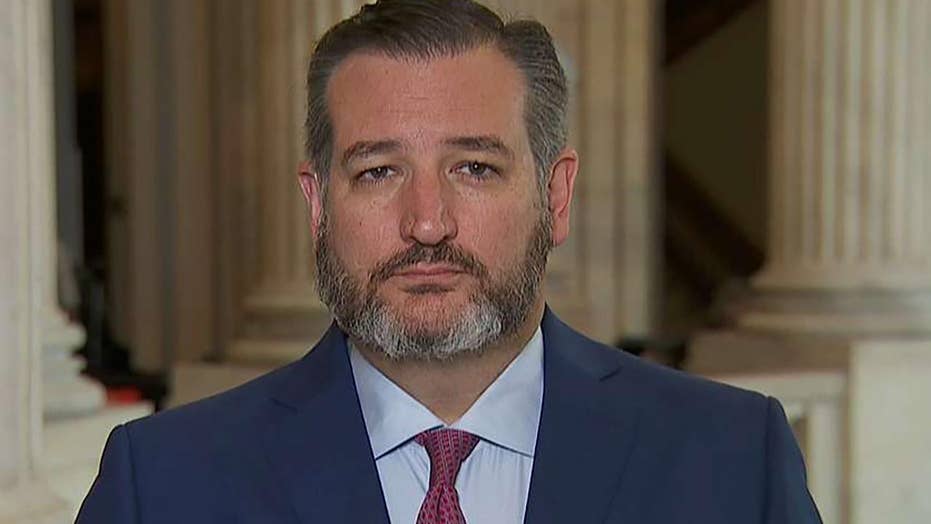 Sen. Ted Cruz argues a citizenship question on the US census is 'basic common sense'

Republican Sen. Ted Cruz says the issue is quite straightforward as a legal and constitutional matter.

Sen. Ted Cruz, R-Texas, managed to take a photo with a fan outside Los Angeles International Airport Sunday while being mobbed by a group of enraged immigration protesters who slammed him for conditions at the southern border.

Cruz was initially waiting inside the airport, wearing sunglasses and appearing incognito. After several protesters recognized him, they began shouting political phrases at high volume before surrounding him.

One unidentified individual yelled "Americans will not be silenced," which led to a group chant of "free the children!"

Cruz remained calm and appeared unfazed, even stopping to pose for a picture with a fan in the middle of the chaos, as protesters continued to yell around them.

The man who took the photograph then tried to create space between the Texas Republican and the protesters, before offering him a path out of the crowd.

Cruz has been an outspoken advocate of stronger border security and has supported President Trump's push for a border wall. He even recommended using infamous drug lord El Chapo's seized fortune to help offset costs. He also has publicly called for asylum law changes along with an increase in immigration judges, to hear the pending legal cases that have flooded the U.S. court system.

"These are necessary reforms that need to happen. Democrats in Congress must acknowledge this reality and work with Republicans and President Trump to reform our broken immigration system. It’s irresponsible, it’s unjust, and it’s heartless to ignore this ongoing crisis," he wrote in a July op-ed for Fox News.

"I will continue to work tirelessly in Congress to convince my Democratic colleagues that we have a serious crisis on the border, and that they need to work with Republicans and take action now."