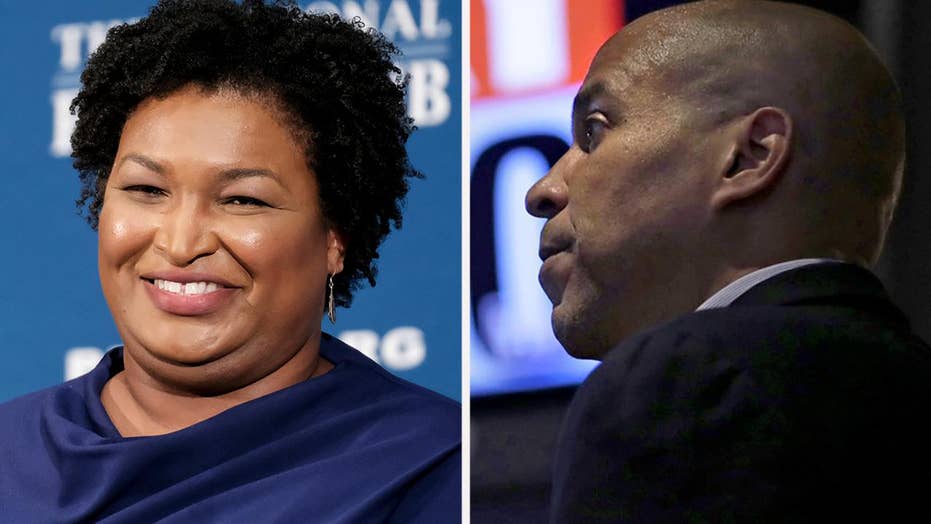 Democrat Stacey Abrams, who lost the 2018 Georgia gubernatorial election to Republican Brian Kemp, said on "The View" on Monday that she hopes to be president of the United States one day.

Co-host Whoopi Goldberg told Abrams that “a lot of people want to see you on that ticket, first as vice president” and asked why she has stated that any 2020 Democratic hopeful is free to discuss teaming up.

Stacey Abrams said she would be honored to serve as vice president but eventually wants the top job.

“The first time I was on here, I got the question about running as V.P. during the primary," Abrams answered, "and I, apparently famously, said ‘No,’ because you don’t run for second in a primary. I’m not getting that question a lot from folks, and the answer is, of course I would be honored to run for vice president with the nominee.”

STACEY ABRAMS PLANS TO BE PRESIDENT BY 2040

Abrams said it’s a “bit disconcerting” to discuss the situation until something is in the works.

“It seems really obnoxious for me to say that out loud since no one has asked me,” Abrams said. “The issue is, as a woman of color, especially as a black woman, this is an unusual position to be in.”

Abrams has never held an office higher than a seat in the Georgia House of Representatives, although she did spend several years as a member of the Democratic leadership of that body.

Abrams gained national fame for her contentious election against Kemp in 2018 — a race that was seen as a potential bellwether for Republicans in right-leaning states during what was a wave election year for Democrats. She gained even further notoriety for refusing to concede the race after she lost, questioning the legitimacy of the result.

Goldberg followed up, asking if she eventually sees herself running for president.

“Oh absolutely,” Abrams quickly replied. “When someone starts off in the mailroom and says ‘I wanna be CEO,’ we never say, ‘Oh my gosh that’s too much ambition,’ why should we not want someone to have the power to fix the problems and the brokenness that we have? I want to do good and there’s no stronger platform than president of the United States and that’s a position I want to one day hold.”