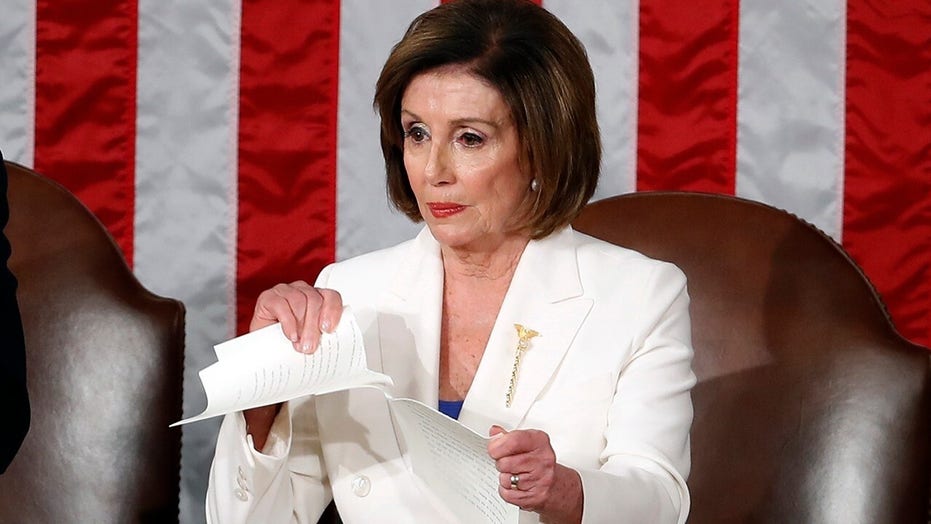 Media Angle is a new column offering perspectives on today's media landscape from the newsmakers themselves.

Humorous memes and viral videos have emerged as powerful tools often used to mock political opponents and celebrate allies – and Pro-Trump meme creator Carpe Donktum sits atop of the scene.

Carpe Donktum has accumulated a massive following and his biggest fan might be the commander-in-chief himself. President Trump quickly began sharing Carpe Donktum’s satirical videos and he was eventually invited to the White House social media summit and met with the president in the Oval Office.

Back in 2017, CNN was accused of threatening to expose the identity of a meme creator who made a video of Trump body slamming the CNN logo in a parody of a WWE match. Carpe Donktum took notice of CNN’s response and amped up his own creations, making the liberal news network a frequent target.

He’s since created viral videos lampooning CNN, poking fun at 2020 Democratic hopefuls and empowering the president and his supporters. Trump recently shared Carpe Donktum’s tongue-in-cheek recap of Democrats sobbing during the State of the Union address that has been played over 6.4 million times.

Last week, a pro-Trump group took a page out of Carpe Donktum’s playbook and created a video of House Speaker Nancy Pelosi, D-Calif., ripping up Trump’s State of the Union speech, slickly edited to make it appear she ripped the speech as Trump was speaking, as opposed to afterward.

Democrats called on Twitter and Facebook to take down the edited video, which was shared by Trump himself and quickly went viral with over 12 million views. The video outraged liberals who thoughts viewers would take it seriously, as it appeared Pelosi ripped the paper as Trump spoke during stories about a Tuskegee airman, Americans killed in combat and a military family being reunited.

Pelosi's deputy chief of staff said the video was “deliberately designed to mislead and lie to the American people,” but Carpe Donktum dismissed it as symbolism.

MEDIA ANGLE: What is your response to Pelosi condemning Facebook and Twitter for refusing to remove a video of the State of the Union address that was altered to show her ripping up the speech as Trump discussed specific guests, as opposed to after he was finished speaking?

My response is very simple and straight forward, if Nancy is concerned about her public perception, she should stop being so awful in public. As to her crying about Big Tech, get in line, there are many of us with LEGITIMATE beefs with [Twitter CEO] Jack [Dorsey] and Zuck [Facebook CEO Mark Zuckerberg] that have yet to be heard, her temper tantrum can wait.

MEDIA ANGLE: Do you think the video was deceptive?

No, the point of the video was not to TRICK the audience into believing the events were in chronological order. The addition of Pelosi ripping up the speech was symbolic, just as the act of her ripping it was. The point of the video is when she ripped up that speech, she ripped up EVERYTHING in it, all of the accomplishments, all of the stories of American Exceptionalism, and all of the hopeful optimism for the future of this country. Her act was that of a petulant child who breaks their toy because it is the wrong shade of their favorite color.

Furthermore, if that video is deceptive then you had better shut down every advertisement agency in the country. What was done here was as common as product placement.

MEDIA ANGLE: Were you politically active prior to President Trump?

Yes, and no. I have always been interested in politics and I have voted in every single election since I was first eligible in 2000. I would say that my political activity was very limited before 2015, and went up exponentially after Donald Trump entered the race.

MEDIA ANGLE: How’d you get into creating memes in the first place?

I have always been a creature of the internet, even back in the 90s. Memes were always my currency. But to your question, I really got serious about it during the spring of 2017. I had been dabbling with image creation and photoshop during the campaign and I decided to branch out into video creation. My very first video was a parody of the Pokemon Go launch trailer called Strawman Go. Immediately after that, I began working on a video I ended up calling "The Madman Maestro," which I finished just a few days before President Trump posted the now infamous WWE Wrestling GIF. The video I made was a classic Bugs Bunny video where he trolled an opera singer, eventually making him hold a note until the building collapsed. I replaced Bugs with Donald Trump. I was shocked that CNN tried to ruin that poor guy's life and it spurred me to double my efforts. I went back and re-edited the Madman Maestro to include a CNN bowtie and MSM underpants.

MEDIA ANGLE: How did you react the first time President Trump tweeted one of your memes?

Well, it was strange because I always knew it was a possibility, my videos and memes were extremely popular and widely shared, but having it happen was still very unexpected and surreal. I think the best way to describe the feeling was "Holy S--t, he actually did it." Honestly, I love that the first video he shared was my State of the Union set to the song "Everybody Hurts" because it was really one of my own personal favorites.

MEDIA ANGLE: What is your biggest thrill since bursting onto the political scene?

Definitely visiting the Oval Office and meeting with President Trump. On July 3, 2019, President Trump invited me and my family to the White House and I also brought along a friend and his mother. We hung out in the Oval for about 25 minutes and chatted with the president. It was an amazing experience none of us will ever forget.

MEDIA ANGLE: You often say that the “left can’t meme.” Why do you feel this way and do you think Republicans or conservatives actually benefit politically from memes and viral videos?

I think it has a lot to do with how angry the left is now. It is really hard to disguise hatred, and most of the left truly HATES Trump. Hate is poison to comedy, a roast would not be funny if you didn't know that everyone actually LIKED the person, then it’s just mean on mean.

MEDIA ANGLE: Your real identity was revealed against your wishes, can you explain what happened and why you wanted to remain anonymous?

After I visited the White House twice in July, several media outlets decided that the public "needed to know" who I was. BuzzFeed originally contacted me and told me that they had run a background check on me and they were going to reveal my identity. They told me that despite having no criminal record or anything else of note in my background, it was important that the public know. I explained to them that this unnecessarily put my family at risk of harassment or physical danger.

BuzzFeed eventually respected my wishes, but each day after a new outlet followed suit, The Daily Beast, and then Luke O'Brien from the Huffington Post. O'Brien ended up releasing my name out of frustration after being shut down by his editor.

I received a bunch of threatening messages from Antifa-type liberals, most I would not put in the category of "legitimate threats.” Some, however, were unnerving, like photos of my house. But I would say that most of that has gone away for now.

I wanted to remain anonymous because the current political climate is unpredictable and the anger level of many liberals makes them unstable. I got involved in politics not knowing where it would lead, and I don't want my family (wife, and four children) to suffer the consequences of what I have chosen to do. My wife is mostly nonpolitical and my kids are too young to have an opinion. Despite what my detractors say, I don't have anything to "hide," but I have an awful lot to protect.