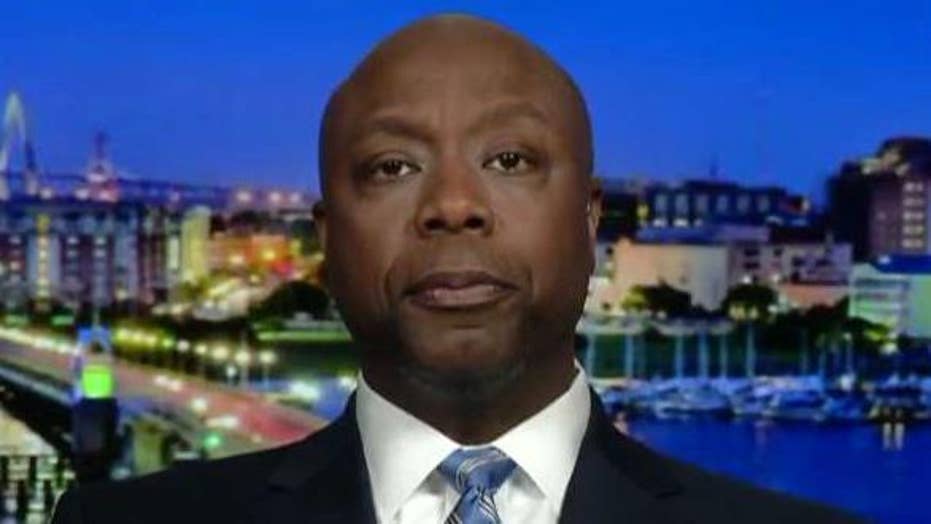 Sen. Scott: We should not hear from witnesses who did not testify in the House

Sen. Tim Scott, R-S.C., told "The Story with Martha MacCallum" Monday that the debate over whether to call witnesses in the Senate impeachment trial isn't about whether to remove President Trump from office, but about making vulnerable senators facing reelection later this year take "tough votes."

"But what I do realize is that the whole conversation about witnesses have nothing to do with impeaching the president. It has everything to do with removing at least four senators from office who are Republicans," Scott said.  "The subplot to having witnesses, witnesses before the Senate, has nothing to do with illuminating the case of bringing more information to the surface."

KARL ROVE EXPLAINS WHY SOME DEMS MAY VOTE TO ACQUIT TRUMP

"It has everything to do with putting those pivotal senators in between a rock and a hard place," Scott said.  "And that, unfortunately, has nothing to do with impeachment."

The senator said he did not think the Senate should hear from any witnesses who did not also testify before the House impeachment inquiry and added that if Democrats want to hear from former National Security Adviser John Bolton, House Speaker Nancy Pelosi should "start the process over."

"I do think that we should not hear from witnesses who did not testify in the House," Scott said. "If Speaker Pelosi wants to hear from Mr. Bolton, she can compel him to come before the House and start the process over on a different case."

Scott said it was not the Senate's responsibility is not to "expand" the House's case.

"If the House doesn't like the case isn't over, then they need to do something in the house to change that case," Scott said. "But our responsibility as jurors is to hear the case, not add to it, not illuminate, not expand it. That decision is a House decision and not a decision made by the jurors."