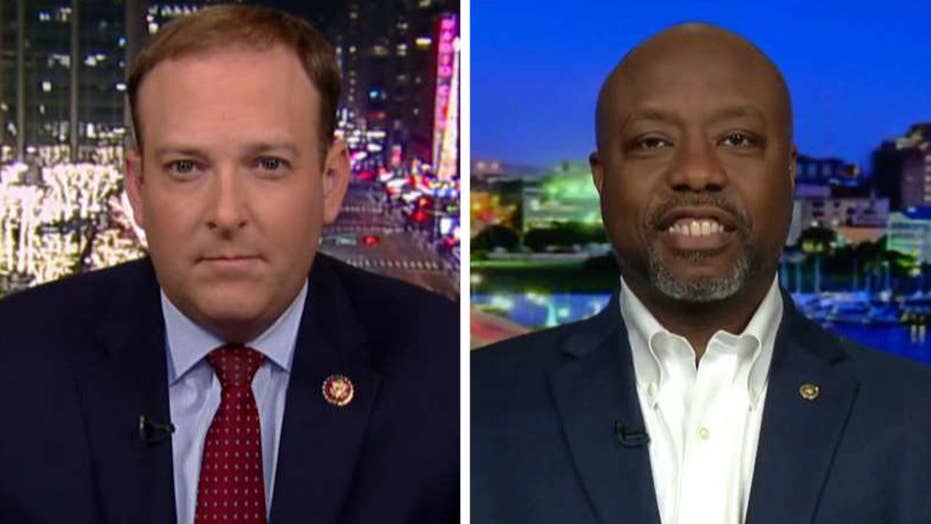 Sen. Tim Scott, R-S.C., ripped House Democrats for their impeachment process and House Speaker Nancy Pelosi for holding on to the articles of impeachment rather than sending them to the Republican-controlled Senate for trial, saying the speaker isn't taking the issue "seriously."

"Well, the wacky House process is just a joke. And unfortunately, for one of the most important and consequential decisions the House could have made, to impeach the president, you would expect an expeditious process for the Senate to start the process," Scott said on "The Ingraham Angle." "But it's not happened. That's not happened because Pelosi is not taking this seriously."

Republican and Democrats continue to spar over the two articles of impeachment passed by the Democrat-controlled House, which the president and Republicans criticized as unfair and Democrats including Pelosi contend they want a fair Senate trial.

Scott said Pelosi is "concerned" that the House impeachment will be invalidated.

"She's now concerned that this terrible, terrible process in the House will be invalidated by the Senate, because without any question, having watched that process is hard to understand why we were even in the impeachment process at all," Scott told guest host Jason Chaffetz.

The senator called for McConnell to hold strong and Republicans to continue focusing on bolstering the economy and improving the nation's judicial system.

"I hope that Mitch McConnell sticks to his guns and she has no influence in the Senate. We should keep it that way," Scott said. "And we will just continue putting more judges on benches throughout this country and working on what is a really good economy."