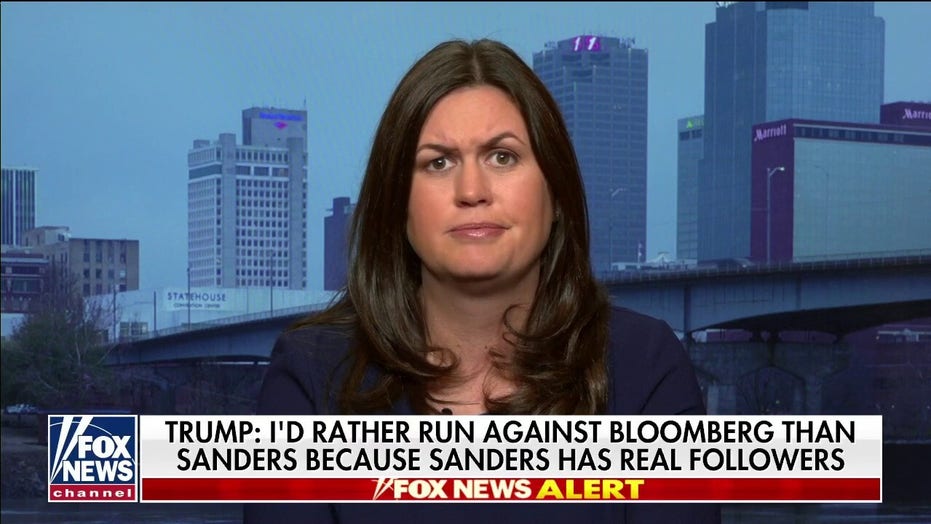 Sanders told "Outnumbered: Overtime" host Harris Faulkner that if the New Hampshire primary did anything, it showed who the frontrunner is for the Democratic nomination.

Sanders pointed out that Trump has the highest approval rating ever and referenced a new Gallup poll in which 61 percent of Americans said they are in decidedly better shape than they were shortly after the president took office in 2017 -- numbers which should bolster the incumbent's 2020 campaign platform, which is centered around a robust and thriving economy.

In contrast, Sarah Sanders said that even with Bernie Sanders in the lead of the Democratic race, America is not behind his democratic socialist ideology.

Another new Gallup poll -- conducted from Jan. 16-29 among 1,033 adults -- found that 53 percent of respondents said that they would not vote for their party nominee if they were a, "generally well-qualified person for president who happened to be socialist." 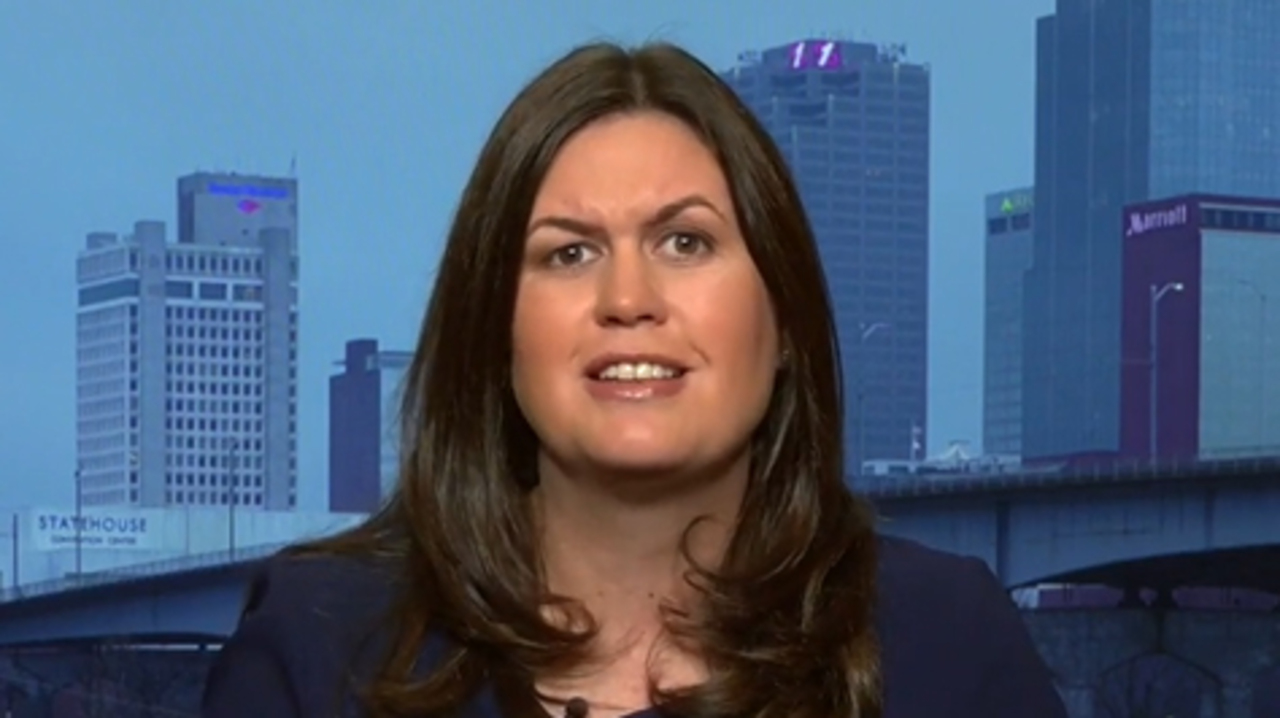 Sen. Amy Klobuchar of Minnesota came in a strong third with 19.8 percent, while Sen. Elizabeth Warren of Massachusetts trailed at a distant fourth with 9.2 percent. Former vice president Joe Biden was in fifth place with 8.4 percent. No other candidate managed to reach even four percent of the vote.

"I like that match-up," Sanders remarked. "America is not a socialist country. Not now, not ever."

"And, I think as long as support continues to consolidate under Bernie Sanders for Democrats and [gets] divided up against the non-Bernie candidates, then I think President Trump is in a great place and it's a great match-up for him no matter who the candidate ends up being," she concluded.