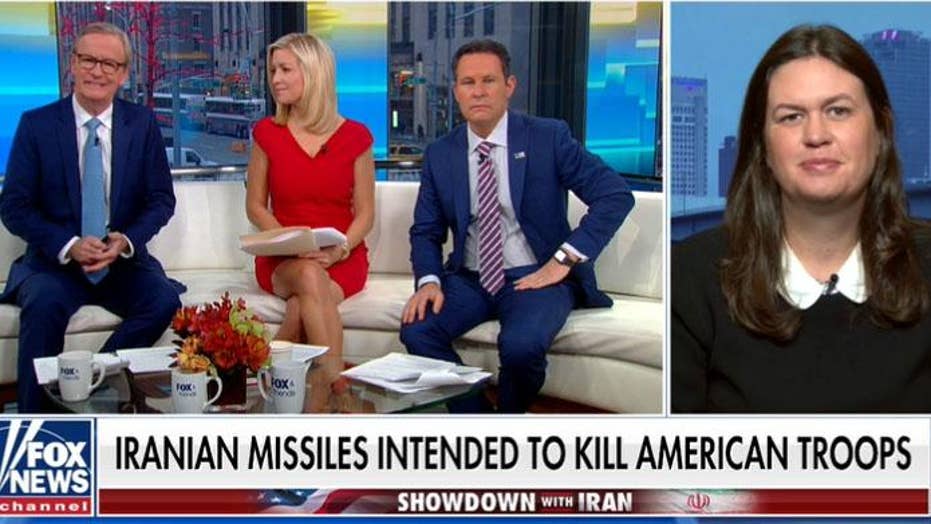 Sarah Sanders: Only thing that deters Iran is strength

Sarah Sanders, former White House Press Secretary, says America is no longer projecting the weakness it did under President Obama and Trump is taking us down a path of strength

“I can’t think of anything dumber than allowing Congress to take over our foreign policy,” Sanders told “Fox & Friends.”

“They can’t seem to manage to get anything done. I think the last thing we want to do is push powers into Congress’ hands and take them away from the president.”

Pelosi said Democrats have “serious, urgent concerns about the administration’s decision to engage in hostilities against Iran and about its lack of strategy moving forward.”

The measure also appears to handcuff Trump when it comes to future strikes. The resolution says “Congress has not authorized the president to use military force against Iran.”

The measure also “directs the president to terminate the use of United States Armed Forces to engage in hostilities in or against Iran or any part of its government or military” unless there is a specific blessing by Congress.

In other words, the plan would have specifically forbidden the drone strike ordered last week that killed Gen. Qassem Soleimani.

Sanders said the direction of U.S. foreign policy could either go toward appeasement, favored by the Obama administration, or toward “strength" and deterrence preferred by Trump.

“Any Democrat that doesn’t understand that America is safer now that one of the most dangerous terrorists in the world is rotting in hell is completely naive and completely misses what we need to have in a foreign policy," she said. "And the last thing I want to do is take power away from Trump and put it into their own hands.

“I don’t think anything can be worse for America than that."