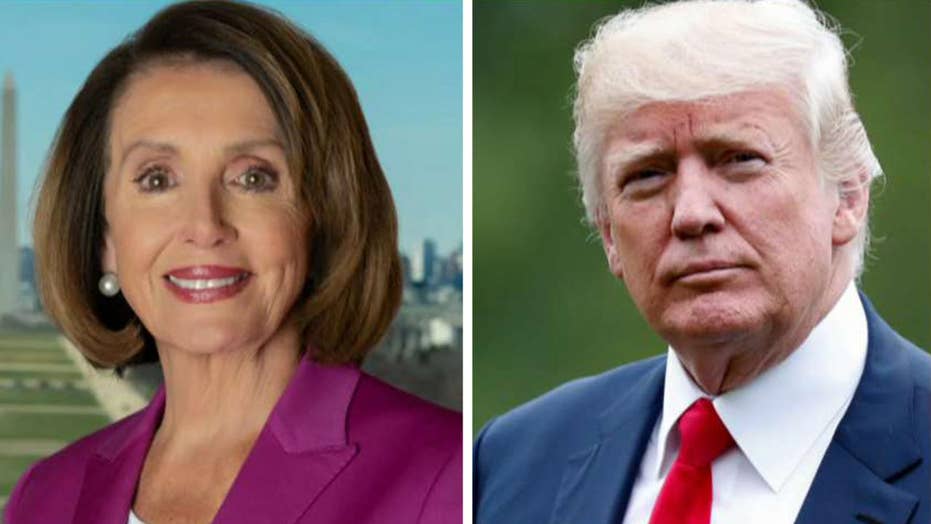 As tensions with Iran reach a boiling point, the interpretation of the president's powers is up for debate; David Spunt reports from the Supreme Court.

Speaker Nancy Pelosi announced plans for the House to vote Thursday on a War Powers Resolution that aims to limit President Trump’s military action toward Iran, saying Democrats have “serious, urgent concerns about the administration’s decision to engage in hostilities against Iran and about its lack of strategy moving forward.”

The Democrat-authored resolution would reassert congressional authority and rebuke Trump’s decision to take out Iran’s top general without their consent. Pelosi said the resolution will go to the House Rules Committee on Wednesday and will be brought to the floor for a vote Thursday.

“Last week, the Trump administration conducted a provocative and disproportionate military airstrike targeting high-level Iranian military officials,” Pelosi said. “The administration took this action without consulting Congress. This action endangered our service members, diplomats and others by risking a serious escalation of tensions with Iran.”

Fox News obtained the text of the resolution the House is prepping for debate on the floor. The resolution “requires the president to consult with Congress ‘in every possible instance' before introducing United States Armed Forces into hostilities."

The measure also appears to handcuff Trump when it comes to future strikes. The resolution says “Congress has not authorized the president to use military force against Iran.” The measure also “directs the president to terminate the use of United States Armed Forces to engage in hostilities in or against Iran or any part of its government or military” unless there is a specific blessing by Congress.

In other words, the plan would have specifically forbidden the drone strike ordered last week that killed Gen. Qassem Soleimani.

Republican leadership aides argued to Fox News that this War Powers Resolution is “toothless,” saying it has “NO chance of becoming law.” They noted how it is a “concurrent” resolution – which are not submitted to the president and do not have the force of law.

The first War Powers Resolution was passed in 1973 in an effort to prevent presidents from using the military without congressional approval. Since then, questions of presidential compliance have become common, with controversy stemming from President Bill Clinton’s actions in Kosovo and President Barack Obama’s operations in Libya. 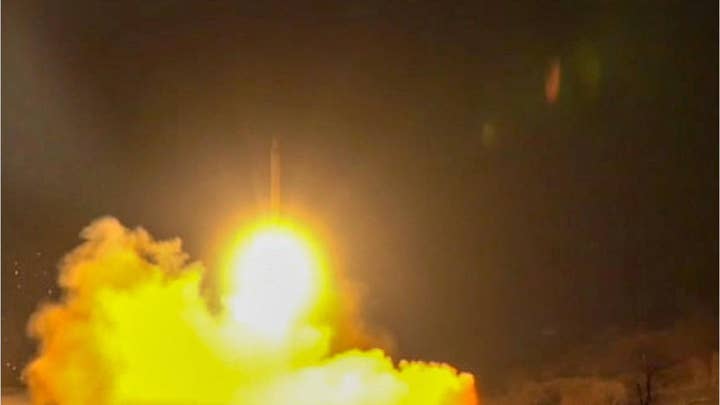 Similar legislation passed the House last year but failed in the Senate. Sen. Tim Kaine, D-Va., is pushing it again this year and plans to force a vote that could come as soon as next week.

The announcement from Pelosi came after Democrats huddled at the Capitol Wednesday morning plotting how to rein in Trump after he authorized the lethal strike against Soleimani, even as the president signaled shortly afterward that he's looking to de-escalate the situation.

Democrats have demanded answers from the administration about the alleged imminent threat that sparked the Soleimani attack, and how Trump will de-escalate the tensions with Iran and keep Americans safe.

Addressing the nation, Trump said Wednesday morning that Iran, though, appears to be standing down and there were no causalities in its retaliatory attack.

“The American people should be extremely grateful and happy,” Trump said in an address from the White House. “No Americans were harmed in last night’s attack by the Iranian regime.”