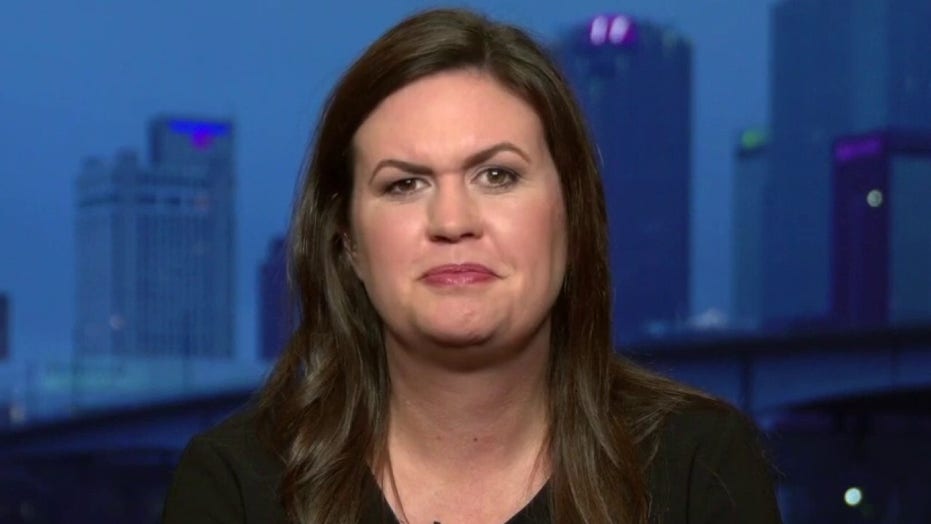 Fox News contributor Sarah Sanders reacts to the sentencing of Roger Stone and Democrats facing off on the debate stage in Nevada while President Trump rallied voters in Phoenix, Arizona.

“Everybody seemed to really focus their fire on Mike Bloomberg, forgetting that Bernie Sanders is actually leading the Democrat field and has [been] on track to win a significant number of delegates in California and other states over the next couple of weeks,” Sanders told “America’s Newsroom.”

“Yet you didn’t see a lot of Democratic candidates focus their fire on him," Trump's former White House press secretary continued. "I think that was a big mistake but a great thing for the country because I think Donald Trump will easily defeat Bernie Sanders in November.”

Sanders said that Bloomberg’s campaign team failed to prepare him for the debate Wednesday night and the Vermont lawmaker was a winner.

As the candidates piled on Bloomberg, President Trump stoked his base in a raucous "Keep America Great" rally in Phoenix Wednesday night before joining the attacks on the former New York City mayor.

Trump echoed some of the criticism against Bloomberg, who has spent over $400 million on his campaign, over his performance in the Las Vegas debate.

In an explosive moment during the Las Vegas debate, attendees cheered when Sen. Elizabeth Warren, D-Mass., called on Bloomberg to release women from nondisclosure agreements they have signed concerning their civil complaints that he harassed them in the workplace.

Sanders also said that the lack of substance and ideas among the slate of 2020 Democratic presidential candidates paves the way for a Trump victory in November.

“I think if this is the best the Democrats have to offer, I think he is solidifying four more years as president of the United States," she added.

Sanders suggested that unlike the Democratic Party and its 2020 candidates, the Trump campaign and the GOP are united and focused.

“The contrast between the excitement and enthusiasm at his rally last night and all over the country versus the bickering and the lack of substance and ideas that came out of the debate last night from the Democrats, honestly is astonishing," she said.

Fox News' Gregg Re, Paul Steinhauser in Las Vegas and The Associated Press contributed to this report.